Why Me and Not Them? 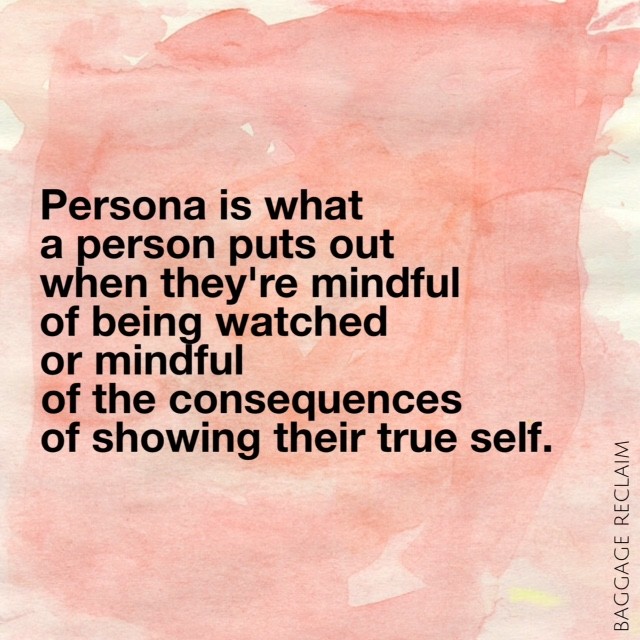 When it appears that someone presents an entirely different persona to the outside world than what they do with you, it messes with your head when you 1) blame you for their treatment, or you 2) question whether you’re imagining what you’re experiencing, or you 3) seek validation by trying to get like for like treatment. You wonder, What’s so wrong with me that I get their shadiness and dark side but others don’t?

What can be especially confusing is feeling that because you’ve been accommodating (read: people pleasing and stretching your yardstick), understanding (read: over-empathising, denying, rationalising, minimising, forgetting about you), forgiving (read: pressing the reset button, ignoring your own feelings etc, trying to be the exception, trying to change them) etc., that they ‘should’, if anything, make you exempt. It can feel as if everyone else is far more appreciated and they’re not even having to put up with what you do, leaving you fuming about the fairness of it all. Why do these people get their good side? What am I doing wrong?

You self-identify based on their treatment of you. Their behaviour then equals your worth. You can become convinced that you’re “not good enough”. Underlying beliefs about your perception of what you deserve are validated by continuing to 1) engage with this person and to 2) not see their problematic behaviour for what it is.

There are a couple of things at play here that are important to remember as they put what is going on outside of your relationship into context:

Image matters to them. They are curtailed by norms, restrictions, boundaries and laws and as a result, they not only run the risk of experiencing big consequences that could also result in exposure but there are too many factors to control. They feel and know that they are not experiencing boundaries and natural consequences with you and so they feel safe in continuing in and even escalating their behaviour.

Their seeming lack of control is baffling. They can appear very remorseful at times especially when you tell them to beat it or they appear to move on… but then they repeat the behaviour. It’s not that they cannot control what they do because at the end of the day, they do control themselves outside of your relationship but they also feel that they have to. They are very aware of…yep, their image and consequences.

It’s a mistake to assume that they are a “saint” with others and that they are “well behaved” and only targeting you. These people experience this person’s ‘game face’ and passive aggression. You will be too busy blaming you to see what’s going on or even to recognise how damn well inappropriate their behaviour is regardless of whoever the hell thinks that the sun shines out of their bottom!

People who have a public persona and that get dark and chopping behind the scenes, think that they’re good at concealing anger, resentment, frustration etc., and playing the game, but people are experiencing various degrees of their boundary busting behaviour, it just might be covert, e.g via obstruction, saying one thing, doing another, reneging, etc. — or they are expressed in different but still upsetting but potentially less risky ways.

It’s important to note that your perception of these ‘others’ is likely to be different to reality. They fall into a few camps:

They don’t like to let the left hand know what the right hand is doing so even if one hundred people would actually vouch for the problems you know about, they’d make sure that you don’t know about them or they’d twist the facts. In much the same way that you take responsibility for their feelings and behaviour, they use the same reasoning to avoid responsibility, insisting that they don’t behave this way with others – “I only act this way with you” or other guff like, “You bring this out in me”– and so insinuating or outright stating that you’re the problem (not true – they know that you don’t know their backstory or the full truth) but they fail to acknowledge that they behave this way with you because they know that they will not experience consequences [as they might with others] and that actually, they specifically choose people or recognise certain indicators that they feel gives the green light to be and do their worst.

If when they say or do something inappropriate, you withdraw (like going into a shell to protect you from the conflict, criticism and rejection storm) or you go into people pleasing mode, they know that they have an opening and after that, they just chip chip chip, chop chop chop away.

They don’t acknowledge that the reason why they bust your boundaries isn’t because you provoked it but because this is what they do and they’ve set this situation up. If you’re in a romantic relationship with them, they have a habit of choosing partners where they can behave similarly. If they’re a bully at work or in friendships, they exploit what they feel is a loophole.

They don’t acknowledge that actually, while you have your own end of things to address about boundaries, they may have systematically said and done things that have messed with your head, decimated your confidence, and basically robbed you of your strength to create the consequences.

You addressing your boundaries would not change who they are; it would rid you of them.

They also don’t acknowledge that they redirect past and present anger, frustration, resentment, fear etc at you that they haven’t been able to directly express. They have a bad day at work and because they can’t let rip verbally or get physical (because they want to keep their job and other potential repercussions), they create a drama with you so that they can release the feelings, knowing that there are little or no consequences. Another form of Dump and Charge Up.

These outside things (other people, work, things that annoy them etc) are not going to change/disappear and are also outside of your control, as is this person who is not treating you with the basics of care, trust and respect, never mind love.

All you’re doing by buying into this whole, “I provoke him/her into it” is offering a Get Out of Jail Free card and colluding with their distortion and avoidance of responsibility. You’re also hankering for the image rather than accepting the truth.

Persona is what a person puts out when they’re mindful of being watched or mindful of the consequences of showing their true self. Their character is what they get up to behind the scenes and when they don’t think that they’re going to be caught or that they’ll experience big consequences.

It doesn’t matter what they’re doing with these ‘others’. What matters is what they’re doing with you. Knowing that others receive equal or worse treatment will not make you feel better and if you do want to change how you feel and to step away from this toxic involvement, instead of looking for this person to change and to make you feel better about remaining, begin taking steps to build boundaries so that you can build enough confidence to protect and distance yourself.

You are not creating this person; it’s who they are.

A month can make a big difference. Check out my 30-day project, 30 Days To Healthy Boundaries.

What We Deserve Isn't The Same As What Somebody Will Do
Disclosing Your Past and Insecurities
Are you still trying to right the wrongs of the past?
Share this...