The BS Diet: Natural Consequences & Why You Need To Stop The Big Cover-Up 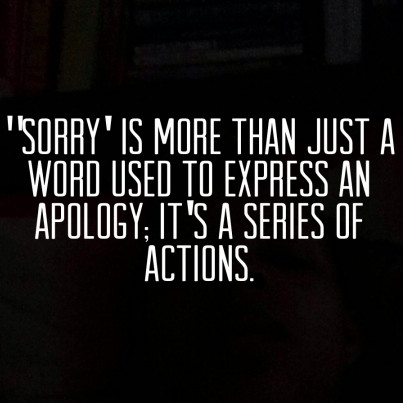 Recently I’ve had a number of conversations with frustrated friends and family who are all dealing with people who have never really experienced any meaningful consequences for their actions. When they’ve asserted their boundaries or just simply refused to bullshit (BS) and enable them, they’ve been met with hostility, hurt, guilt tripping, being ganged upon or even frozen out.

In the past I’ve felt quite injured by a person’s strong adverse reaction to me not being willing to jump to their beat. I’m not saying I wanted a prize for having boundaries or just “being me” but the topple from their ‘good graces’ was so speedy, painful and quite revealing of their darker sides.

Over time I’ve recognised for the sake of my own sanity and happiness that not everything is about me, that we all have to own our own, and that what people do or don’t do is about their very typical habit and often part of a picture that’s far bigger than anything I’ve said or done.

Most importantly, I’ve also learned the very hard and painful way that each and every time we take the blame for another person’s behaviour or we do stuff that essentially acts as a cover-up, we are removing their responsibility and meddling in the order of things.

As soon as we deny, minimise, rationalise, assume, take on other people’s lives and excuse stuff that essentially busts our own boundaries or beyond the short-term, deludes that person, they’re not experiencing the natural consequences for their actions. Really, is it natural to do all of this bullshitting in the name of sparing people truth and consequences?

This is why when you come along and say or show NO to something that they’ve typically got a YES from or experienced little consequences, they will react badly and/or push harder.

If someone isn’t experiencing the effect of what they do, something’s not right with that picture and over time, many others will experience the knock-on effect.

It’s tough when you have to deal with a family or harem who have an enabling structure. Poised with their ego pumpers and responsibility swipers at the ready, they co-sign on to each others unhealthy behaviour. Supporting one person’s BS means that their own BS is supported. If you become a ‘threat’ by not towing the line even if what you say and do represents the truth, you’ll be given a hard time or even excluded. That hurts because you wonder how you’re in the wrong for just not wanting to live your life that way. It’s even more painful when you’re not even trying to change them and just want to get on with being you and that’s seen as a threat.

Each and every time you make other people’s behaviour about you or you don’t allow them to solve their own problems and be fully responsible for themselves, you get in the way of natural consequences because you’re putting too much of you into the situation. There comes a point when you have to ask what’s in it for you, because allowing somebody to believe that they’re near invincible from consequences and that they don’t have to step up with you isn’t helping them. Pretending that it’s not a problem that they drink excessively or that they’re disrespectful or even abusive, or that they’re not neglectful or even full absconding from duties to their children isn’t helping them.

You have to decide what you’re going to be a part of.

It’s very easy to fall into the trap of thinking, “Well I know that I could have done ____________ which would probably be a more appropriate response for someone who has been and done ______________, but instead I’m going to give them another shot because you would hope that by me being willing to do this and taking him/her back with little or no consequences so not questioning why, not truly considering whether they’ve learned and grown, plus me being willing to move on, that it will be more than enough for them to not want to do what they’ve done before.” And then they do what they’ve always done.

Sometimes they can’t even handle being around you because they know what the natural consequences should be, they know that they’re not going to step up and go above and beyond, and so they spare you from disappointment and themselves from your expectations.

There’s nothing wrong with giving someone a chance – the problem comes when in your urge to give out chances, you forget to acknowledge and truly evaluate whether that person even recognised what the natural consequences should or would have been if you didn’t. This is why so many people find themselves dealing with someone who almost has a sense of entitlement where they expect and even demand to be given chances again and again.

“Sorry” is more than just a word used to express an apology; it’s an action. Sure, go ahead and tell me you’re sorry but reflect it in your subsequent actions. If someone learns that they can talk a good game but that nobody expects them to deliver or that they quickly let it slide, they don’t become acquainted with real consequences, you know the type that normal people who take responsibility feel and then turn into a lesson and grow out of.

How to deal with feeling obliged during the festive season
Coping with feeling rejected by Mr Unavailables & Assclowns Part Three
How Much Time Are You Actually Spending Thinking About YOU?