In the Line of Fire: Are you getting carried away with policing your boundaries? 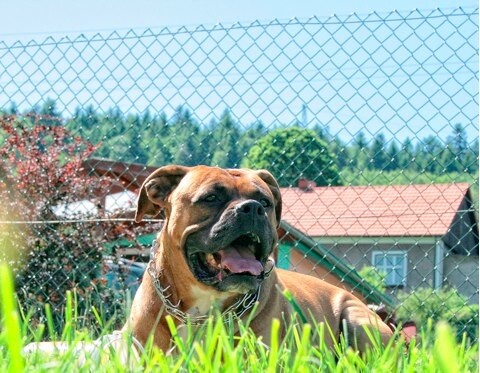 Recently a friend called me up, fuming about an acquaintance giving her what felt like a dirty look. “Who the hell does she think she is? I know she thinks she’s better than me!” After she said that she’d been upset all day, I had to ask, “You got all that from a look?”

This is a disproportionate response, especially for an acquaintance who in the grander scheme of things, means nothing to her life. If you don’t feel like you want to let anyone get away with anything, you may find that you have a lot of mental drama going on, never mind run-in’s with family, friends, dates, people on public transport, Facebook ‘friends’, telemarketers and basically anyone that gets in the line of fire.

When you have extensive experience of your boundaries being crossed and feeling like people have ‘gotten away with it’, when you finally recognise the importance of boundaries, it’s not unusual to become sidetracked with patrolling your ‘perimeter’ and getting any and all trespassers.

It’s like taking a precautionary measure of tackling all issues big and small – you’re not letting anything go which means ruminating and/or taking them to task.

When you haven’t resolved your feelings around these past experiences and behaviours, it can leave you feeling reserved, on guard, and in a defensive position ready to attack. The resulting mental and physical drama can be exhausting.

Several years ago, I went on a boundaries rampage, telling anyone who remotely pissed me off all about themselves. I became hypersensitive, seeing criticism even when there wasn’t, or not being able to take any feedback. A few friendships nearly ended and I in essence, had a short fuse. Always privately stewing about the latest injustice, I’d play conversations back in my head, work out what I would and should have said under slightly different circumstances, or plan my next move.

I was making up for lost time – it was payback and I was making sure that nothing was left ‘unexpressed’ and that my voice was ‘heard’.

Much of my behaviour stemmed from me being focused on what I felt were my own failings in regards to my boundaries. I felt so invalidated that being angry and taking people to task or even cutting them off made me feel valid and could even cater to this idea that I was a victim – it righted what I felt were the wrongs of my past.

But the one thing I learned from it, is that riding everyone else’s arses like Zorro will not correct any previous boundary crossings, especially if in doing so, you end up disrespecting others also.

When you’re policing people and ready to strike, you’re mentally taking off your earrings and rolling up your sleeves ready for battle.

People who carry anger and feel like they have to ‘defend’, invariably end up being angry and defending.

People who carry around a feeling of not being good enough, invariably find reasons to feel not good enough.

Unless something is really big because the person matters greatly, it’s code red or amber behaviour, or is one in a long line by the same person (which is a sign you need to cut the line), it’s likely disproportionate to invest so much of your mental and physical energy that it impacts on your personal wellbeing or your ability to enjoy your life.

It’s good, great in fact, that you have boundaries, which are actually fundamental to your wellbeing, but they’re there, to not only alert you to your limits, to when something is inappropriate, you’re uncomfortable, or that you’re in fact, in a dangerous situation, but to actually offer you some helpful hints, clues, and yes, sometimes a proverbial smack in the face, about how you need to shift your perception of someone, adjust your behaviour next time, distance, protect, or opt out.

Boundaries are for you not for other people.

Sometimes your boundaries are saying “Molly… [or whatever your name is] you in danger girl”.

“Jeez, you really need to stop pumping them up and affording them so much importance in your life.”

“Haven’t you got more important things to think about or do than invest your time and energy in getting bothered about this bullshit?”

“Please take care of me and stop running me down with your negative self-talk. If you stopped doing it, no matter what others say, you’d be rock solid.”

“They just said this about you – is this true? No? Well that’s all that matters.”

“Didn’t this crackerjack pull this shite the last time you were with them? Address this situation either by speaking up or distancing, but address it.”

“I know you like a bit of relationship/drama crack but surely there’s no way in hell you’ll be coming round here again?”

“Right, the next time they call to moan for hours on end, end the conversation after ten minutes by saying that it’s not a good time. Better still, let it go to voicemail.”

“Well if that’s how they feel, they needn’t expect to see you around here any time soon.”

“The next time they say something like that or the next time you speak, ask ‘What did you mean when you said [repeat what they said] to me?’…”

“You know you need to block/de-friend ’em right?”

“You’re tired and letting your anger with X affect your day. That’s why you’re so angry at that person that sat too close/farted/didn’t say excuse me when they got off the train. Make sure you take some time out to take care of yourself.”

“You’re feeling small – you do know that you don’t have to give them or whatever they’ve said or done so much power? Embrace you!”

“Do you like and love you? Well then why are you internalising this bullshit? Shake it off! Get up!”

“Please push your Mental Flush Handle and exit this situation.”

This person has code red issues – time to step.”

If you don’t tell them about themselves, have an argument, request that they explain and apologise, or ‘make’ them change, it doesn’t mean that they’ve gotten away with anything. Experience has taught me that you can go ahead and attempt all of this stuff, but for people who don’t give a damn, are strangers, or who have an allergy to boundaries, it’s a waste of time.

When you do speak to someone about what they’ve said or done, be respectful, make your point, and then let it be. Don’t expect the heavens to open, the seas to part, and for them to throw themselves at your mercy. If after you voice your concern, they repeat the same thing or do worse, it’s time to step or distance yourself.

You’re obviously going to address anything that is critical, but the truth is that if you try to take everyone to task and highlight your boundaries, you will at times look odd. The person who, for example, didn’t say excuse me, might not have seen you or knows they’re rude. Do you need to educate them? Er, no.

This doesn’t make any irritation, discomfort, or anger you feel invalid, just because you haven’t had a confrontation or told them everything that’s on your mind.

It would, for example, be better to move on than call up, text, or email someone you’ve been on a couple of dates with or haven’t even met yet, to tell them off about not calling or something they’ve said – your absence speaks greater volumes.

It’s up to you to decide what’s important – nobody else – but…not everything is important, worthwhile, or if you don’t directly address it, some sort of indicator of you not being good enough or ‘failing’.

Instead of trying to make up for lost time, address your issues and focus on having a healthier relationship with you, which will filter into your other relationships. Boundaries are fundamental and a natural part of living. Policing them isn’t natural – living them through your actions is.

Overused Word Alert: Let's Talk About Being 'Needy'
Do You Have A Circular Issue?
10 Fundamental Lessons on Boundaries in Relationships Part 1