Stop Pumping Them Up! They’re Really Just Not That Special! 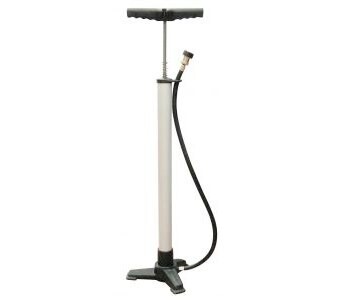 At a time of year when many of us find an excuse to act a little (or a lot crackers) by using Christmas/the holidays to reach out or accept contact from exes, to get back together, to stay together because it’s Christmas, or to expect a Miracle on Assclown Street, it’s time to remind you that nobody is that special that you need to sell yourself down the river by treating yourself without love, care, trust, and respect in the name of ‘winning’ them.

Every single thing you do in an effort to ‘win’ someone who isn’t engaging in a mutual relationship with you inflates them. You’re dwarfing yourself and making them into something mighty. Stop chasing and please stop pumping.

When someone is as great as you claim they are, they’ll be that special without you adding your backing track and vocals to their life. They can stand on their own two feet without you protesting too much about them or harping on about their ‘potential’.

It’s like going “I’m horny/I love you/I see things that I don’t like” and deciding you’re qualified to determine the potential. If you’re focused on the wrong things, you’ll choose partners for all sorts of strange reasons that don’t stack up, just like the person who’ll bet on the wrong house, or will cut into the wrong deal.

Stop pumping them up! Stop going on about their looks, or their status, or the fact that they go to church, or they have a good job, or they have a lot of money, or they’re really intelligent, or they’re liked by ‘everyone’, or that you have great ‘chemistry’, or whatever.

There’s no point in going on about anything that you’re not directly experiencing the positive results of. That means it’s all well and good going on about their super intelligence or their appearance, but without mutual love, care, trust, and respect, you’re making much ado about shag all. Let’s also not forget that the more you have to talk up someone, the more it becomes clear that you suffer with Those Who Doth Protest Too Much.

It’s not your job to come along and define them, but you may be tempted into trying this if you’re wanting them to define you.

Every time you latch onto something about them and make out like this characteristic, quality, or value is far more amazing or valuable than it is, while the reality and impact on your relationship are radically different, you distort your relationship and the truth of who they are.

This is why you’ve got to stop pumping up people and treating yourself in a less than manner in the hopes of ‘winning’ them. Aside from the fact that this all detracts from you because you convey all of the wrong messages about yourself, the more you pump them up, is the more they actually start to believe their own hot air hype and think “Maybe I can do better!”

Stop pumping them up!

If I could send a text to someone saying “How are you?” or “Hope you’re well!” and get back a flurry of adoration, detail, love, sexy pictures, begging and pleading and other such disproportionate responses, I’d think I was that special.

If I could keep tapping you up for sex or pressing the Reset Button, and even pulling the same con numerous times using the same ‘ole lines and excuses, I’d start to think I was that special.

If I could have you prancing around in underwear, waiting around for my calls, pining for my texts, turning down opportunities with single people, crying, wailing, begging me to leave, always being fun, hospitable and entertaining, and essentially being an upper and a painkiller escape from my married or attached life, I’d think I was that special. I’d be like “Man! I’m so fricking special, I’ve got two people! Check me and my special fried self!”

In fact, if I stopped texting you and you got upset and even asked me why I wasn’t texting, I’d think I was really special. It’s just a text after all, but if I can get you this bothered and this into me, and I’m not even calling and seeing you, I’d get a very overinflated sense of my own self-importance.

If I could tear you down, call you names, knock you about, tell lies to your family and friends, and abuse you, even though I’d obviously be a grubby, lowlife, controlling, abusing jackass, I’d start to think I was that special.

If all I had to do was touch base occasionally and you’d drop whatever you were doing, give me a great shag, stroke my ego, listen to my problems, or even lend me money, I might start to think that I’m the kind of person that has so much to offer and is so special, that I only have to drip out some crumbs and not even put in even half the effort that other people do.

If I can get in touch with you no matter whether 2 months, 2 years, or even 20 years has gone by and have you quickly slotting back into the old routine, giggling, complimenting me, and fantasying about us being together, I would think I was really that special.

Stop pumping them up!

They’re just not that special that you need to be engaging in behaviour that essentially degrades you.

If you keep starving yourself of self-love, care, trust, and respect, you will be like someone starving in the desert that gets offered a cracker and thinks it’s the best food you’ve ever eaten. “This cracker’s amazing!” you’ll be telling yourself but over time, it really won’t look, feel, or taste anything close to amazing. It’s just a bloody cracker just like they’re just just a bloody person.

Feed yourself with love, care, trust, and respect, and I tell you this – you wouldn’t pee on any of these people you’ve been inflating if they were on fire, never mind pump them up.

You are better than this, and whether it’s December, or any other month of the year, you deserve better than anything less than mutual. Do not waste another second or drop of energy pumping up some clown that doesn’t appreciate you – turn that energy on you.

It's Not Your Intuition That Misleads You - Evaluate The Reasoning and Knowledge Applied
Mr Unavailables and Assclowns: Shedding Crocodile Tears Part Two
45 Tips For Surviving Christmas/The Holidays Whether You’re Single, In a Relationship, No Contact or...
Share this...