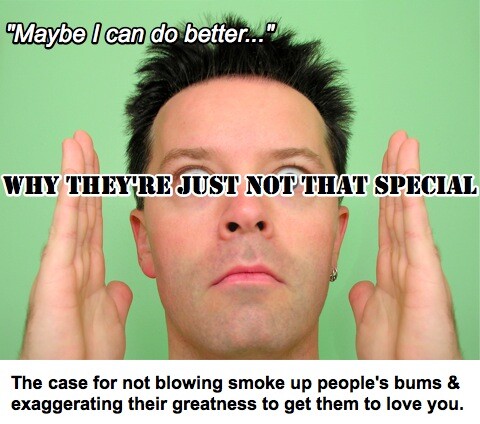 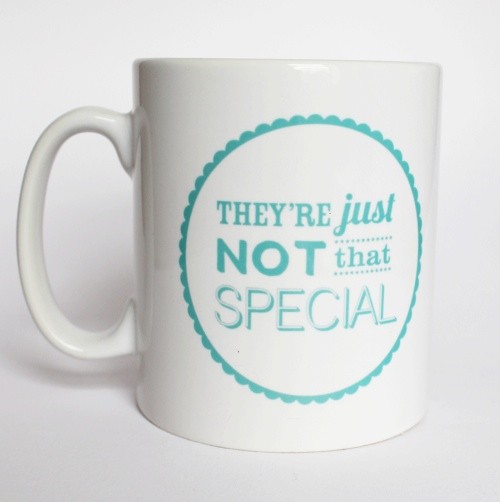 Sitting on a packed train yesterday quickly glancing through emails, I homed in on “He actually thinks he can do better than me! It’s like the tables have turned and I don’t even know how because when we got together, he kept telling me that I was too good for him!” This got me thinking…

When you put people on pedestals, especially when you knowingly take ‘less than’ partners or invest in people where the feelings and the relationship are not mutual and then blow smoke up their bums, even though they may recognise that both on and off paper you’re a great catch, they wonder, “Hmmm…maybe I can do better”.

Even if they won’t admit it, they likely know that you see far too much potential in them and are not seeing them in reality, because if you did, you’d have hit your flush handle.The more you keep loving, giving, morphing, accommodating, believing, hoping and even chasing them for attention, affection, love, and validation, is the more you pump them up and inflate their ego.

They start to believe in their ‘specialness’ and it occurs to them that if you’ll do all this for them in spite of any reluctance, unwillingness, unavailability, or even shoddy, demeaning behaviour on their part, they wonder who else they can get with.

They wonder “Hmmm…well if I can be with them and I’m not actually all that, maybe I am more than I thought I was and maybe I can do better”.

And do you know what happens next? They feel safe in exploring other options because they assume that should they find that the big wide world is not feeling their ‘specialness’, they have you to ‘fall back’ on because you keep your proverbial door open in the hope of ‘winning’ them.

The idea of “Maybe I can do better” is one of the biggest sources of commitment resistance.

Unavailable people are afraid of making or admitting a mistake, and of staking themselves to one person and having to be vulnerable, accountable, and responsible. They panic that someone with a bit more ‘something’ (even if they don’t know what that ‘something’ is), may be out there, and worry that there’s plenty more fish in the sea.

They reason that if they can get someone like you and you’re breaking your back and rolling yourself out like a doormat, that maybe they can do better. Of course they’re not entirely convinced which is why they’ll often give themselves license to keep you in their back pocket as an option.

When you’re not confident in your worth or your capabilities in a relationship, it makes ‘sense’ to choose someone that has their own ‘issues’ too because you won’t feel worthy of a healthier partner. The idea is that while they on one hand cater to your beliefs, at the same time you want them to challenge them and love and validate you because in recognising the synergy between you both, if they reach the potential you’ve projected for them, it’s like you can reach that potential too.

You boost them and exaggerate their specialness because you want them to reflect the effort back to you. “Look how special I’m treating you even though you’re not that special so you should love me and treat me like I’m extra special too because I don’t think I’m that special either”.

You make them think that they’re realising a potential that they’re actually not, and they start to believe they can do better. When they don’t reciprocate, not only is it incredibly painful but it feels like another horrible confirmation because if they can’t love you and you know they have issues, then you think there must be something really wrong with you. That’s why I hear and see so many people exclaiming the equivalent of “What? Even an assclown doesn’t think I’m good enough!”

It says a lot about where you’re at personally and emotionally when your way of gaining love and feeling special is to take someone who you don’t share a mutual relationship with and then exaggerate the crap out of them in the hope it’ll filter back to you.

Let me be clear: They’re just not that special.

Putting people on pedestals and exaggerating who they are and chasing and loving them no matter what they do creates an incredible imbalance that’s extremely difficult to recover from unless it’s nipped in the bud very quickly. You boosting them up into the stars is only giving them the opportunity to look down on you. Trust me when I say that they’re not taking you up there with them. You are at best exaggerating them and at it’s worst, lying about or even denying the reality.

Let me say it again: They’re just not that special. Nobody is. There is no one on this earth that justifies you disrespecting or even abusing yourself for their ‘love’. No one.

You are an equal whether you know it or not and never show up to or stay in a relationship if you think you’re anything less. By lowering yourself by letting others bust up your boundaries and acting like you’re not good enough, you force readjustments of any perceptions of you or what ‘someone like you’ can be and do, and they will with their inflated ego, wonder if they can do better.

I say this from personal experience. Guys would meet me and think I was attractive, outgoing, ambitious, had myself together and yada, yada, yada, and then I’d repeatedly demonstrate that I had very low self-esteem and was a tad f*cked up. Then they’d think “Hmmm..maybe I can do better”.

If you’re waiting around and pining for someone and even trying to make your presence felt in the hope you can be validated and chosen, they don’t get a chance to miss or even regret not valuing you enough because you’re still there. That doesn’t communicate value – that says “I know you think you can do better but when you find out that you can’t, I’m here waiting for you.”

You are better than this. Get some fire in your belly, find that emotional backbone you’ve put away, jab yourself with pride and say “They’re just not that special”. They’re not.

Do you know when they realise that they can’t do better? When you won’t put up with their BS and you don’t sell yourself short. You choose you instead of them.

If you’ve ever wanted a clear cut reason for why you should shake the unavailable or even assclown habit, this is it. All your efforts are inflating them so they just don’t feel they have to cough up. Why put in a loaf when crumbs will get so much inflation?

Stripping The Excuse Out of The Excuses in Dating & Relationships
10 Things You Can Learn About Cheating from the Tiger Woods Saga
Do you have boundaries in your relationships?