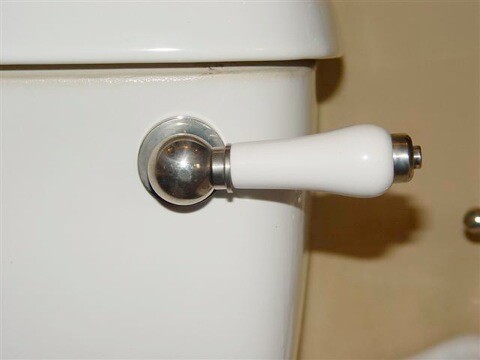 Several weeks back, one of my friends Twanna was telling me about how on a few occasions she’s been chatted up by a guy only to glance down and realise that his wedding band is in his pocket. She was of course outraged at the audacity of them and as I was rather merry from a few glasses of red wine, I wisecracked that when she encounters any of this shady behaviour, she’s got to hit her mental ‘flush handle’. We were in stitches laughing and along with my friend Laura we proceeded to tell more stories and then hold our arms out and make the flush noise.

Since that night, I’ve found myself telling people to hit their Mental Flush Handle as a way to distance themselves from inappropriate people and situations – it’s like a mental acknowledgement of your boundaries and values. It says NEXT! It says like in Little Britain ‘Computer says NO’ or application denied or more importantly, it says ‘I have enough self-respect and self-love not to even contemplate opening myself up to this BS’ especially when you have enough past experience to know which way these situations pan out – stop trying to be the exception to the rule.

This week I’ve written about how dating doesn’t equal relationship and understanding code red and code amber behaviour that signals either opt out, or stop, look, and listen and only proceed with caution on a full assessment.

If you’re dating and have a genuine desire to be in a mutual fulfilling healthy relationship, with love, care, trust, and respect that has more than the hallmarks of a relationship and actually has the landmarks, you need to have your code amber and red awareness in full effect and be operating your flush handle.

I hear from people who encounter situations like Twanna’s all the time.

The person that fails to show up for a date.

The person that’s drunk before the date has started or is drunk by the time the meal arrives and is drunk on all subsequent dates.

The one that’s rude and obnoxious, or is slipping in sneaky put downs.

The one that says that they didn’t tell you they were married/had a partner because they were afraid that it would scare you off.

It’s when they spend the date on their phone texting other people or looking over your shoulder at their next target.

It’s when they’re completely stoned, make an extremely sexual reference and cry about their ex within 30 minutes of a first date – that happened to me (I didn’t know he was stoned) and thankfully it was the last date.

It’s all the signs of disinterest and the code red behaviour.

Think about it – If you get an inappropriate email from someone you haven’t met yet, or they chat you up even though they’re attached, or they get really intense and jealous and you’ve barely known them a wet minute, week, or month, what can you be seeing that warrants you overlooking, making excuses for, denying, rationalising?

As I said in my post about dating doesn’t equal relationship – it’s a discovery phase that might be a precursor to a relationship but equally might not be, and your job is to do the discovery work not to proceed regardless of what shows up.

From the moment you give room to shady, inappropriate behaviour, you’re taking a big slide down a slippery slope.

If you’re the type of person that experiences something and then disregards it or makes excuses, how much you’ll disregard and how far you’ll go with the excuses dictate how deep you’ll get into unhealthy relationship. If your propensity to disregard and excuse is high, you are likely to be involved in abusive relationships so a ‘No Disregard & Excuse Policy’ would be highly beneficial for keeping you in reality and safe.

Operating your Mental Flush Handle requires you to have an honest conversation with you and to acknowledge your needs and values, and more importantly to acknowledge your discomfort and boundaries and what that means about the person or what you envisioned for the relationship.

Don’t be one of those people that thinks ‘Oh, they must be really interested in me/their marriage must have mega problems if they’re chatting me up’ or ‘Maybe they’re having a bad day/week/month and that’s why they don’t have time to call me or put themselves into the relationship’ because if you do, by not pushing your mental flush handle, you’re giving over mental and emotional space to someone and a relationship that’s undeserving of it.

Myth: There Are No Good Men to Date (The one where we talk about the diminishing pool of older guys)...
Podcast Ep. 140: The Truth About Lies
People-pleasing and the fear of 'inconveniencing' others