The Trouble With Being Blinded By Appearance in Dating & Relationships 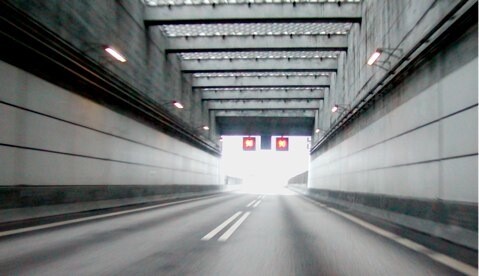 Recently I wrote about the trouble with being blinded by intelligence which is placing a high value on what you perceive to be someone’s intellect and then correlating it to the rest of them and assuming that they possess other attractive qualities, characteristics, and values including being relationship smart. In much the same way, I find that people are blinded by appearance.

It’s not that appearance/attractiveness doesn’t have a factor in attraction but when you overvalue appearance you end up in insubstantial, superficial relationships. If you’re appearance focused, you won’t see the leaves, never mind the wood for the trees, and will be blinded to far more substantial problems.

If you believe that you’re exceptionally attractive, you’ll think it opens doors for you, coast on your appearance, and in being so superficially focused not feel that you have to put in any real effort and even think you can substitute appearance for intimacy. I know a number of people that believe that they just need to ‘show up’ and they’re only realising now that nobody goes out with your face, breasts, height, big penis, floppy hair or six-pack. These may get you through the door but unless someone is superficial, you need some substance behind you.

If you prioritise appearance when choosing partners, you’ll make blind assumptions about them and give too much credit for your powers of evaluation. You’ll assume that because you find them attractive, that it must mean they’re in possession of other qualities, characteristics, and values that you’d like in a partner. It’s a bit like me saying “Ooh, tall, black, handsome…wow he reminds me of Morris Chestnut. This could be my Ideal Man”. I did this once and ended up as the Other Woman.

These assumptions are dangerous because we go out with our image of what these things mean, not the actual person which is why it feels like a confusing punch in the face when things go awry.

If you believe your appearance is causing problems in your relationship, it means you have a total avoidance of addressing the real issues. It’s very easy to pick the thing you can’t change – genetics. It would be like me experiencing issues in a relationship and saying “Is it because I is black?” *adopts Ali G voice*

For a start, if it was your appearance, it would mean you were with a superficial partner who avoids the real issues and any of their own inadequacies by blaming your appearance which is denial, delusion, and hideous.You can’t forge a relationship with someone that thinks like this – rationalising the irrational.

However often I find that it’s assumed and that says more about where you’re at emotionally and on the self-loathing scale than it does about them. It’s not your appearance; it’s the relationship. You could scalpel yourself into a different person and those same problems and how you feel about you would still exist. You might get a temporary ‘boost’ from a change of appearance, but you’d never feel secure or truly accepted.

If you make superficial changes to appease what you think is a superficial person, it’s like committing to believing that it’s how things look that counts, which is why you may end up in a relationship that may look good, but feel bad, or just be plain hollow.

If you think you’re experiencing problems in your life due to your appearance, I’m a firm believer that everything is contextual. If you take one thing and run with it and don’t apply context, it becomes grossly distorted.

If you’re in a mutually fulfilling healthy relationship, you’re not going to blame your appearance (or your intelligence etc) if an issue arises.

If you’re not in a mutual relationship and are in fact in an unhealthy relationship, appearance is the least of your problems but it may be more convenient to blame it and be in denial.

If you don’t like and love you and despise your appearance, you’ll believe people see the things that you hate too, which will cloud your judgement about why they say and do things.

Readers get in touch about sex issues – they think that if they can get the sex on track that everything else will fall into place – that shows they overvalue sex and believe it’s a cure all.

I ask if they’re in a mutually fulfilling healthy relationship i.e other than the sex, are they being treated well, both available and committed, no boundary busting stuff and the answer is always NO. In fact some of these people aren’t even in a relationship.

You have to start asking yourself – what can my appearance do for me? Yes it can help you to feel good but as any person that looks good and feels ugly on the inside can tell you, it’s just surface unless you solve interior problems with interior solutions and ultimately like and love yourself.

Appearance changes which makes it conditional so by you or they being focused on it, it means this is conditional love.

This is the same as losing weight or contemplating cosmetic surgery – unless the reasons are solely yours and what you’re doing is being done with some work to ensure that you’re emotionally nurtured in the process and dealing with any outstanding issues, don’t go there. Losing weight/cosmetic surgery to ‘win’ someone who just isn’t that special anyway means that it will never be enough. It’s like saying“I think you’re a really superficial person so let’s be superficial together.”

You know what diet you need? A Bullshit Diet. Shed some pounds of denial and get a full focus view of people before you ‘reach’ for appearance again.

It’s not your appearance. If there are other issues, address them first.

What you think others think about appearance gives a window into how you feel about appearance. “Everybody this” and “People that” – you’re in there too. If you weren’t, you wouldn’t be saying this stuff in the first place which you don’t realise has being superficial also. People who hate their appearance often gravitate to superficial people for validation – it’s like trying to catch a few rays. These same people tend to at best, be vacant, and at worst be full on assclowns.

Last year a long time reader nearly wound up dead in some obscure place getting her breasts enlarged in an attempt to win her Mr Unavailable ex sex addict that she never felt good enough in the looks stakes with. This terrifying near death experience was her wake up call and she’s committed to learning to embrace herself and lost a couple of hundred pounds in the process (him).

Appearance may open doors or get you through them but it won’t keep you in the relationship house especially with someone with one or both feet out anyway.

You can keep flogging the appearance horse but that’s because it’s the uncomfortable comfort zone. Have an honest conversation with yourself and don’t construct superficial reasons around much deeper issues because you will get deep into an unhealthy relationship or persecute yourself unnecessarily.

You have this one life to live and the one skin you’re in. There are always things you can do to nurture and ‘improve’ yourself across all fronts, not just appearance, but do it from a positive place as a caretaker with a great responsibility.

Are men really like rubber bands? Understanding retreating (Part Two)
Breaking Up With No Reason
If Only I Could've: Raking over what you think were your mistakes
Share this...