Am I Too Picky? The Tricky Issue of Quality Control In Dating & Relationships (P2) 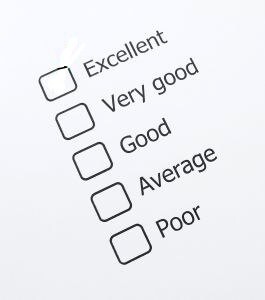 Yesterday in part one, I talked about the tricky issue of being too picky, not picky enough, or perceived as being picky when you are reluctant to be involved with people who detract from you, where others are OK with it. Ultimately, the truth is, only you know how picky you’re being and as you may have already learned, you can only live by your own values, not others, as they are personal to you. When people question what you’re doing, they’re talking about stuff from the perspective of their values.

Some of the worst culprits for this are mothers and I’ll cover this in a whole other post as it deserves a post or several of its own! My own mother used to ask me if I had met someone every time we spoke and had advised me not to look gift horses in the mouth of assclowns with money… Other red handed culprits are other members of your family who think your relationship status is something to be pitied even if their own house isn’t in order. You might even be victim to ‘smug marrieds’ who think they ‘know it all’ and what all of these people forget is that you all value different things.

When you don’t act in line with the values that you hold, you end up being disconnected from your actions and involved with dubious people in dubious relationships, or find yourself wondering why you seem to be incompatible with someone who feels so ‘right’.

This is why it’s important to have an honest conversation with yourself and ensure that you are being authentic and living a life that is congruent with your values – not only will you recognise when you are or aren’t being picky, but you’ll also either be around people who share similar values or will recognise when they don’t and understand the significance of it.

When it comes to being picky, that veering between being too picky and not picky enough is caused by valuing the wrong things, and/or mixing up primary and secondary values.

Primary (core) values are fixed for long periods of time and tied to your beliefs and only really shift when other aspects of your life change. For example, as we mature, we may not value the same things that we did, for instance, in our twenties, and if we do, we may find ourselves at odds with someone who has moved past that stage of their life, both mentally and in age. Primary values are tied to your belief system and work in tandem with your boundaries.

Everything else is secondary values and this is the variable stuff like more superficial stuff such as appearance, as well as tastes, hobbies, interests, some personality traits and qualities.

If you don’t share common primary values with someone, no matter how many secondary values you share, it doesn’t matter. The latter only take on value and importance when the former are in existence.

So in terms of being picky, it means you’ve either got some skewed ideas about your primary values…or your secondary values are being treated like primary values.

In the first case, it can mean that you might be someone who makes the values of security, money, and sexuality/intimacy as a priority over other things. This could mean that because you tie security and money closely together, if someone doesn’t have a lot of money, no matter how many other values you share, you are likely to kill of the relationship. They could act with love, care, trust, and respect but it won’t matter a damn if you value money so much that if they don’t have what you think they should, you feel insecure and undermine the relationship.

With mixed up values, you mistakenly believe that because the person possesses the secondary values that it will correlate to the primary values – they often don’t.

I’ve mentioned relationship insanity many times on this blog – it’s repeating the same types of behaviours, picking or looking for same guy, different package, carrying the same baggage, beliefs, values, and the whole kit and kaboodle, and then expecting different results. Then you wonder why it doesn’t work out…and then try again.

If you want a relationship, if you want change, if you want things to be better, you are in charge of this. It’s not them; it’s you. Don’t leave it up to the randomness of hoping that just one of the same types of people and situation that you choose will throw you out a different result because it’s a mighty big gamble that is unlikely to pay off. Don’t kid yourself about any pickiness you may have.

When you’re commitment-resistant and dealing with issues around emotional unavailability, you’ll find ways to undermine your possibilities of actually having a committed, emotionally available relationship – being picky will filter out healthier prospects and being not so picky, but picky enough to recognise that they’re someone that reflects your outlook, means that you’ll filter in people who offer the least likely prospect of having a committed relationship giving you the self-fulfilling prophecy.

When you don’t like or love yourself and look for others to validate you, you’ll choose people that reflect the negative things you feel about yourself and then try get them to value and validate you in a way that you don’t value or validate yourself, and then feel bewildered when you don’t. In this instance, you’ll likely opt for the waifs and strays of the dating pool. On the rare occasion that you find yourself involved with a healthy, ‘normal’ man, you’ll feel suspicious and pick faults with him even though in unhealthy relationships, you’ll refuse to see the person as they are, often blowing smoke up their bums and putting them on a pedestal they don’t deserve.

If you have a relationship pattern that involves you being involved with assclowns and Mr Unavailables or where you are habitually single but wanting a relationship, I suggest that you abandon any ideas that you have about compatibility, type, and common interests, and get wise about values, boundaries, and being involved with people that don’t throw out a litany of red flags. Make sure that whatever you are being picky about, that it helps you to act upon judgements you are making about people and the situations that you are in. Work out what you believe and why, so that you are walking around with healthy beliefs instead of negative ones that you act upon, using them to be picky about the wrong stuff or not having any quality control.

If you’re going to be picky, be picky about the stuff that makes a fundamental difference to how well you are treated in the relationship and how compatible you will both be – that’s primary values and boundaries.

Anything else, like looks, rigid age requirements, the size of their bank account, how many gifts they buy you, how many of the same interests you share, the books they read, how many sparks shoot out of you when you’re in touching distance, and yada, yada, yada – knock it off ‘the list’, especially if you are asking them to be or do things that you are not being and doing yourself. Same for expecting them to create feelings in you that you can’t even feel for you.

Anything on your list that has the hallmarks of you looking for a fairy tale or romcom ending or where the person has to practically revolutionise the wheel in order to be with you by going through the hands of change, knock it off. That means that if you’re choosing partners based on their willingness to change into the man you want – knock it off. If you’ve believed that your contribution to relationships has been wonderful and your qualities are great, even though you have a dubious relationship history, get real with yourself because these ideas will affect your choices, whether it’s because you hold onto dubious partners, or fail to see great guys right in front of you.

Are you being too picky? Really, only you know and time will tell, but keep your feet in reality, not just about your partners and relationships but also about yourself. At least then, you know that you’re closer to the truth.

Dating Hiatus - The Importance of Taking a Break from Dating and Sex
Figuring out whether you have the landmarks of a relationship that's going somewhere good
When someone's imposing something upon you, they're trying to remove your choice (and overstepping y...