Getting Over Him When You Thought You Were Friends Part One 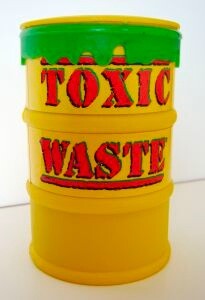 On Wednesday I posted an excerpt from my new ebook, The No Contact Rule about how we can become trapped in our feelings for someone and how it alters our perspective, distorting how we feel about ourselves and everything around us to the point where we keep returning to the person because we don’t want to feel out the sense of rejection to the fullest extent. This means we end up becoming numb. What became clear in the comments that resulted was that one of the biggest obstacles to getting out of the trap, isn’t just grieving the end of the relationship, but grieving what we perceive as the friendship or being made to feel like the ‘bad guy’ because we don’t want to skip around acting like the world is hunky dory because we’re in pain.

I know how you feel and I felt like a mass of contradictions which no doubt triggered my indecision when it came to leaving the guy with the girlfriend. If any of you read my personal blog, I used to refer to him as Male Best Friend (MBF).

I felt an instant attraction to him when he first walked into the bar where I was having lunch with a few of my new colleagues and later, after we became involved, I remember feeling like we had an amazing connection because of some random comment about shoes. It’s only now, in retrospect that I realise how when you want to justify what you feel for someone and also add strength to the connection that you perceive you have, you’ll make a connection out of damn well anything!

A couple of months before I’d met him, I’d left my ‘ex-fiance’ and I went from not really having processed how I felt about the demise of our relationship, to pretending that I was a single, street wise, ambitious, career girl who was doing what she felt like because she wasn’t ready to be in a relationship. However, in reality, I distracted myself from the pain I felt from the emotional agony of being involved with my ex, for some jumped up, excitement with a guy who had actually only been with his girlfriend for a few months.

The attraction was mutual and I became lost in the magnitude of my attraction to him and I’m sure that there was a sense of validation that came from attaining his attention that crossed out the pain of the previous relationship.

The thing is, we were never actually friends.

We became involved two weeks after we met and I know that I called him my best friend to justify the connection, my behaviour, his behaviour, and let it feed into the pipe dream of us one day being together.

What started out as fun became one long journey in trying to get the ultimate validation of him being mine instead of someone that was normally gone by 9pm, was a regular lunch date, a late night caller, extremely secretive, and incredibly jealous and possessive. I thought these latter traits were indicative of our connection and his huge desire to be with me but the whole saga messed with my mind.

Was I scaring him off by dressing up when I went out? Was I causing him to not feel he could be with me because I was doing really well at work? How was I going to cope with his moods and paranoia when we got together? Well surely once we were together he wouldn’t be jealous and possessive, or so he told me… Could I trust him? Could I trust myself? Did I really want him? Is this how friends treat each other? Why wouldn’t he leave her? And on and on and on and on….

Eventually I tried to end things with him and I was made to feel like The Big Bad Wolf. He repeatedly reminded me about how we were best friends and how surely I couldn’t just kill off what we had together. When he did accept that I couldn’t deal with him, he just could ‘get’ why I couldn’t just switch to buddy mode.

I’d try to be this ‘friend’ that he insisted I should be and he’d ask me if I wanted to hook up after work, or make suggestive comments, or phone my flat repeatedly wanting to know why I wasn’t back, or who he’d seen me talking to.

I did my best to move on with my life and stayed ‘no contact’ and kept him at a polite distance at work.

I remember standing in the queue for a club in central London and near shaking with shock when I saw that he was in the same queue with his friends and girlfriend on a night out for his birthday. Incidentally, despite the fact that we were supposed to be ‘friends’, he didn’t invite me…

Yet, I didn’t worry about him being there with his girlfriend. No…I was worried about how he’d react when he saw me with ‘the girls’ hanging out with a guy from work and his mates. Totally innocent and yet I just knew he’d react badly.

So I did what I tend to do when I’m nervous. Laugh, panic, and do something stupid. I bent down and pretended to be fixing my shoes, shielded by one of my friends. The two of us were in fits of laughter at the utter ridiculousness of it.

And then I heard the guy from work calling out to MBF to say hello, totally unaware that there was anything between us or that I was hiding with my head bent into the smelly gutters of central London! Next thing ‘Guess who’s here?! Nat? Where are you?’ and everyone looked around and I was forced to stand up and weakly say hello to one angry face and several bemused onlookers.

He reacted badly. Barely concealing his anger, he stormed off. I initially felt filled with panic and then indignation started to set in. I refused to let him cloud my fun and assumed he’d left. But…I later bumped into him in the club dancing with ‘her’ and after he saw me, I called him over when she was out of sight and we had a huge confrontation where he had the barefaced cheek to accusing me of being with the other guy.

It finally it started to sink in:

He wasn’t my friend.

We had never been friends and it was nigh on impossible to keep up a friendship when we had no foundations for one, just like we had no real foundations for a relationship, unless you want to include distrust and deceit…

Here was this assclown having the brass balls to question what I was doing with my spare time, turning an evening with my friends into Yet Another Opportunity To Harass Me and Guilt Trip Me, and his girlfriend was across the other side of the bloody room!

When he realised I was angry, he tried to switch to flirty, as if this was ‘how we roll’ and that I’d be charmed by it and we’d finish off the drama by arranging to hook up or something. I looked at him and realised that with the rose tinted glasses and fur coat of denial removed, he really wasn’t that attractive. He looked shifty, too self-assured, and alcohol made him extra paranoid and controlling, and he was a spoilt, flip-flapping manchild who wanted to possess me, but just so that no-one else could and so that he could have me as a backup plan, if and when he should ever decide that he was ready to leave his girlfriend.

I felt calm and the fight went out of me. I was tired of resisting the reality. I didn’t want anymore showdowns! I didn’t want to be left whilst he skipped back to his girlfriend leaving me feeling like crap, and I didn’t want to listen to anymore doo doo!

My problem had been reconciling not only the loss of the illusion of us being together but also the illusion of who he was and what we’d had. Believing that we had a connection was letting me think what we had was real and right. But we had a bad connection that needed to broken.
I have plenty of friends. Even if I didn’t, I don’t need someone hanging around like an irritating scab using ‘friendship’ to make me feel bad and guilt trip me about the fact that I won’t let them abuse my boundaries.
That’s not a friend; that’s an enemy in a thinly veiled disguise.
Your idea of friendship and someone else’s idea of friendship may be two entirely different things. You need to be a better friend to you then they can ever be by cutting them loose.
Back in part two. Your thoughts?

Revisted: How To Avoid Being a Passing Time Candidate - 30 Signs That Somebody Isn't Interested Or I...
Walking Through Your Relationship and Observing & Acknowledging The Signs You Missed First Time Arou...
Having Their Cake and Eating It Too: Why It's Best Not To Give Out The Cake In The First Place