Am I Too Picky? The Tricky Issue of Quality Control In Dating & Relationships (P1) 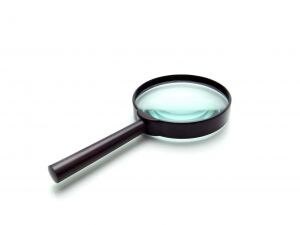 Back when I was single, and before I got wise to my Mr Unavailable-loving, commitment-resistant ways, I regularly explained to prying friends, family, colleagues, the strange man at the bus stop and anyone who questioned my ‘selectiveness’ with men that, “I don’t think that there is anything wrong with me extending a little quality control to a prospective partner and if that makes me picky, then I’m picky.”

On reflection and the wonders of 20:20 vision provided by hindsight, I realise that I veered between being too picky and not picky enough – like many things that create issues with dating and relationships, I lacked a balanced middle ground.

I have a confession that I’m not proud of – seven or eight years ago, I went on a date with a guy that I met a club. Admittedly, he was unlikely to last too long as I thought he was too much of an eager beaver (yep – contradictory woman put off by a guy being ‘too nice’), a bit ‘vanilla’, and I couldn’t look at him for very long because he appeared to be constantly blinking. I have a vague recollection of watching a horror film called ‘Dolls’ as a child and the blinking reminded me of a bonkers porcelain doll and it distracted and unnerved me on the date. I didn’t see him again. The blinking wasn’t the only reason but truth be told, it’s the one that stood out…

Readers, friends, and acquaintances regularly tell me that they have ‘well meaning’ people in their lives who advise them that if they don’t want to be left on the shelf (yeah people still say that rubbish) that they need to stop being so picky.

‘Natalie, am I being too picky?’ they wail and as I look through the long list of Mr Unavailables and assclowns, I suspect that they have no boundaries hence no limits hence they’re certainly not being picky….at least with the guys they’re choosing to be with…

How else do you explain the many men who’ve been discarded to the ‘friend’ or ‘too nice’ bin because they don’t behave dodgy and ambiguous enough to trigger interest and ‘sparks’?

There are a few ways that your quality control functions can be set to filter the men that you end up dating:

You have a list longer than your arm of ‘requirements’ filled with things to make potential prospects jump through hoops and making it super easy for you to rule them out, where you get to tell yourself that it’s not your fault that the dating pool is such low quality and how you’re waiting for the ‘right’ guy. You may come across quite exacting on dates and appear aloof and critical, and you may be saying stuff like ‘I can’t find a man who can cope with my success’.

You have on assclown and Mr Unavailable goggles. You ‘choose’ people that reflect what you believe about love, relationships, and yourself, and when you have negative ideas, you see and are attracted to people who ‘vibe’ with those beliefs. You’ll likely not even recognise a decent guy if he jumped up and bit you in the bum!

You overvalue the wrong things and undervalue the important stuff. This means with misguided ideas about values, you’ll likely attach yourself to someone who you’re actually incompatible with and you’ll fail to recognise the ‘value’ of more compatible partners. If you’ve heard yourself saying stuff like ‘I could never go out with someone who wasn’t into poetry’ or other such guff, think of yourself as guilty as charged.

You go on appearance. This can be looks or even money, but this is basically where you filter out based on superficial stuff. Someone emailed me recently and said that she can’t help it if she likes long haired men with dark skin and asked if she should continue to wait for one…. Others have emailed me saying that no matter how great the guy, without the chunky bank account, he needs to step!

If you are doing one, some, or all of these things, they are basically helping you do your ‘natural selection’ and helping you to gravitate to what you think works for you.

The more you use these reasons and attitudes to determine who you get involved with, the more signals you receive where you get to convince yourself that the position you’ve adopted is ‘correct’ and that your beliefs are valid.

There are no good men to date.

I have no choice but to go out with these assclowns because it’s the only type of guy that I’m interested in.

I need to feel attraction and that’s why I’m alone/still dating jackasses/surfing dating sites looking for The Ideal Man.

We wouldn’t have this amazing sexual connection if it wasn’t for the fact that we’re so compatible.

Men are afraid of my success/ambition/education/assertiveness.

If you have good dating habits, with boundaries, a reasonable level of self-esteem, personal security, and recognition of the importance of values, you’re probably not being picky.

If you have poor dating habits, little or no boundaries, a dating past littered with dubious partners/experiences, lack of personal security, and misguided ideas about compatibility, type, common interests, and a lack of awareness on the importance of values, you will veer between being too picky and not picky enough.

If you’ve made the decision to opt out of a dubious situation and are not prepared to allow someone to treat you poorly or convince you that your crumbs are a loaf, you’re not being picky – you’re being authentic and acting in your best interests.

One of the things you will come up against, whether you are single, or in a relationship and pondering whether to get out, or are already opting out, is so called ‘well meaning’ people who will tell you that you’re being ‘too picky’, ‘all men cheat’, ‘you won’t do better’, ‘he’s a good man’, ‘he just needs time’, ‘you won’t get a better offer’ and other such rubbish.

When people tell you that you’re being picky, more often than not, they’re projecting their insecurities and beliefs on you rather than actually thinking about you.

They imagine themselves in the same situation as you or even think of their own relationship, imagine being on their own without the ‘security’ of a poor relationship, financial or material trappings, or the ‘acceptance’ of their peers, and they quake, or even recoil in horror. And then they tell you that you’re being too picky.

Some people are more desperate for you than you are for yourself.

This situation in itself represents a difference in values. When someone tells you that you’re too picky while at the same time encouraging you to stay in and accept a situation that is detracting from you, it’s because they’re the type of person that places a high value on the security of any relationship, just as long as they have a man in their life. They have little or no personal security themselves and whatever decision you have made or are contemplating throws an uncomfortable spotlight on themselves – this is why I’ve had many women say that they have found that certain close friendships suffered when they stopped being involved in the drama of being with a Mr Unavailable or assclown. In these instances, the changes that these women made put them at odds with the friends who were comfortable where they were and didn’t want to see anything different.

Your thoughts? Back in part two.

Podcast Ep.30: Standing Up To Disrespectful Co-Workers, 'Keep Me In Mind' Letters, Thinking Too Much
The Justifying Zone: when a woman needs to justify her emotional or sexual investment
Who holds the powerbase in your relationship?