One Shot – Keep it simple: If they reject you, it’s time to bounce 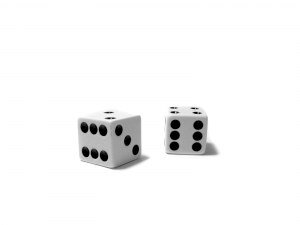 Talking with a male acquaintance a few days ago, I was once again reminded of how the sexes handle aspects of dating so differently. He was asked out by a woman and flattered in spite of her not being his “type”. He accepted, went out, had a great time and was eager to go out again. When she kissed his cheek at the end of the date, she even licked his ear (ew), so he was a bit caught off guard when he asked her out within a couple of days and found himself being fobbed off with feeble excuses.

“So will you be seeing her again?” I asked, curious, because I know that based on the many tales from readers, that if this was a woman, she’d likely be giving the benefit of the doubt. “No way man! I told her it’s like JLS (a UK boy band) said – ‘You only get one shot!’…” which had me cringing and laughing at the downright cheesiness of it. If she wasn’t going to blow him out before, she likely would have after that line…

As I read through various tales this week including being stood up in the same way by the same person a couple of times, being disappeared on, lied to, umpteen chances to get back together, and even knocked about repeatedly, it reminded me that if we gave what is outright shady behaviour just one shot, how different our lives would be. My encyclopedia of dodgy relationship experiences would become A4 or even postcard sized.

While there are some things that can appear ‘confusing’, there’s nothing confusing about open and shut cases of assholery. And it’s critical that you don’t focus on them rejecting you as if you’ve been and done something to warrant their behaviour; it’s not about you. To focus on it to that level of granular detail is to take responsibility for other people’s behaviour. What you need to take responsibility for is letting them do it more than once.

Someone that will lie to you in order to weasel their way into your life or back into it, will lie again. And again.

If they lay a fricking hand on you or pull any other abusive behaviour, you can be damn sure that they’ll pull it again. Why gamble at the roulette table? You might think you’re ‘different’ to other people that are being abused or have rationalised that it was an ‘off day’ or it wouldn’t have happened if you’d been or done different. It would have. Maybe not that day, maybe not the following, but soon.

If they can make very little effort but manage to get a shag, an ego stroke and a shoulder to lean on, they’ll be the person of diminishing returns if they’re allowed to have more airtime in your life.

Stop giving people a chance to ‘prove’ themselves to be better than what they’ve been. You’re not God or a higher power – it’s not you that gets to judge them or have them redeem themselves. Let them go and ‘redeem’ themselves elsewhere!
Stop thinking up reasons as to why someone would pull this rinky dink behaviour. Stop blaming yourself because the truth is, no person, male or female that engages in open and shut cases of assholic behaviour is worthy of your time, energy, or love, never mind the steam off your pee.

Yes, they might have had some poor experiences that you can empathise with, but you know what? That’s not an excuse. It’s a possible reason, but it doesn’t excuse their behaviour. One shot. If more people that behaved in these ways only had one, they’d be forced to address their behaviour because there would be serious consequences.

It frightens me how receptive we can be. And let me give it to you straight: If someone asks you out and while dating they pull some of this stuff, it’s pointless giving them another chance. Just like when a friend’s ex said “Just give me a week!” when she broke it off with him after he messed her about for 8 years, what the frick could he prove or do in a week? What is another date going to do?

You’re not that desperate.

They’re not going to make you the exception to their rule. They’re not.

If they’ve had two shots or more, they know that they don’t have to. Life isn’t a fairy tale and as I explained to a reader, there’s no fairy tale or any story that you want to tell your kids, family, friends, or an acquaintance: “Oh we met when they stood me up several times but I stuck it out until they loved me” or “We were shagging while they were married and I waited and waited and waited and finally, they left…OK they were thrown out”, or “We used to text, email, and have sex from time to time. We finally got it together when they’d run out of other options. Look at us now eh?” or even “They used to punch, kick, and bite me over not emptying the dishwasher but we got there in the end.” What the what now?

Stop being territorial. The amount of women I hear from that are losing their minds over someone they’ve only just met or haven’t dated that’s messed them around is scary. Do you know why they give them another shot? They’re worried that their ‘prince’ could be the person that just disrespected them or is vaguely interested, and are afraid some other woman is going to snap them up. There are sharks out there waiting to sniff around the desperation blood.