Reader Question: How do I stick to No Contact when we have kids? 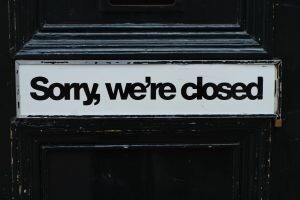 Kristen, 26 from NYC asks, “I have a very important question about No Contact. I have been dealing with a textbook Mr Unavailable since I was 18. He is 21 years older (originally lied about his age) and it has been one of those off-again on-again things. He’s also emotionally abusive, incredibly emotionally unavailable, and has left me to gather the shreds of my soul repeatedly through my 20’s. He’s huge with the blowing hot and cold. He’s only interested the second it seems I’m moving on. We also happen to have two children together (I had the first at 19 and second at 20).

When I happened across your amazing web site last September, it took me three days to get what I had been trying to figure out for 7 years and I immediately instituted no contact. I felt great for months and really truly thought it was over, but I, of course, have to still have some contact because of the kids.

Last week he called and started complaining that I wasn’t telling him anything about the kids anymore and since I thought I was over it I gave in a little and had a civil conversation. Last night he came here and told me he missed me and I ended up sleeping with him. I can’t believe I did this again and I feel horrible.

How do you keep up no contact when you’re in my situation?”

Natalie says: No Contact (NC) is a little trickier when kids are involved, however, it is far from impossible and comes down to boundaries and rules.

For a start, no more sex. Don’t beat yourself up over it and get back on the NC saddle. Sometimes we need to fall off the wagon to further learn more about him and ourselves and cement the decision to cut them off. It’s obviously not ideal but I wouldn’t go losing your mind over it or give up on yourself – it can, when you are caught off guard, be very difficult to deal with these sneaky, manipulative men when they pull these stunts and you haven’t thought about how to deal with this situation.

Whatever relationship you have with him from now on has got to be about the kids.

If he is genuinely interested in knowing how your children are doing, then keep the topic firmly to that but I also suspect that it’s part of his weaponry to get a foot over the door and disarm you.

So here is what I suggest:

Say nothing about the sex and go back to business as usual and teach him through your actions what the boundaries are:

No discussions beyond the children. You don’t need to know how he is, he doesn’t need to know how you are. If he keeps pushing his luck, drop him a weekly email which has bullet points of what the kids have done each week. Pre-empt any dodgy moves on his part and send photocopies of report cards, pictures they’ve done etc with them when they go to visit…or put them in the mail.

If he keeps pushing his luck, you know that he has no interest in you telling him, so you stop. If he’s that interested in the kids, tell him to have a conversation with them.

No unannounced visits. The only time he should ever be at your place is to collect the children and leave. You can control the situation by dropping them at his or having him collect and drop off from a family member’s place. If he turns up, don’t answer, or politely ask him to leave. If in doubt, state upfront to him that unless there is a scheduled visit, he is not to turn up at your house. This will communicate that his boundary crossing has not gone unacknowledged.

You could also just go back to business as usual and stop the discussions about the kids. If he says anything, say that because he crossed the line and you both ended up sleeping together, you don’t feel that he is actually that interested in hearing about what the kids have been doing. At that point he will learn that if he wants to engage in discussions about the kids, he must not overplay his hand.

If he tries to discuss things, take control and silence him. ‘There is nothing to discuss if this conversation hasn’t got something to do with our kids. What happened that time was a mistake and it won’t happen again.’ If he keeps pushing it, ‘I think it’s best that we make a different arrangement for you collecting and dropping off the kids because it’s clear that you are not prepared to respect my wishes’, and then blindside him by going ahead and making the arrangements.

Mr Unavailables don’t like not being in control. You are instead teaching him that he’s not. He probably thinks that he has you where he wants you after sleeping together–little does he realise that you are wise to him. He’s had his ego stroke, his sex and has proved to himself that he can still ‘get you’ so he may even choose to leave you alone till he needs his next fix, but next time you’ll know exactly how to deal with him.

Having children does add a new dimension to No Contact but the principles remain the same:

You’re not cutting contact between him and the kids; you’re cutting it between you both and keeping it strictly business and you have proven why you need to do this– because he hasn’t changed.

Use feeling horrible to empower yourself to ensure you don’t fall in his trap again, but don’t beat yourself up over it. You are human and part of that is sometimes making errors in judgement. Good luck!

Advice: Help! He Disappears, Doesn’t Call, Pops Up Every Fortnight and Gives Me a Magical Time. Is H...
Lovenomics: Managing Your Desire to Be the Exception in Relationships Part One
Quiz: Are You Making These Common Dating and Relationships Assumptions?