When You Believe You Can’t Leave, Funny Enough, You Don’t Leave 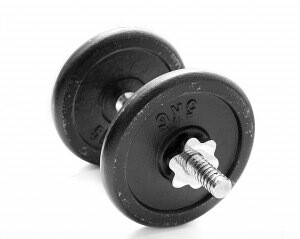 Over ten years ago, I found myself involved with someone very aggressive, mostly verbal, and then on one occasion, after I spoke for ‘too long’ with a friend, it was physical aggression. In the apartment he yelled and in turn, I played a role I’d learned long before, and yelled back, even knocking stuff off the coffee table. He continued to come up in my face and yell at me and when I reminded him of some recent lies of his, he stomped off to the bathroom. I followed and asked him to come out as I stood in the doorway and then staring right at me, he slammed the door at me, walloping my wrist. I fled and ended up walking the streets in a daze in the middle of the night and eventually went back. He told me it was my fault.

It felt like some weird confirmation of everything I’d suspected about relationships and myself up to that point.

The following day we attended a function we’d previously agreed to where he acted like nothing had happened as I winced my way around the place, and for another couple of weeks, you’d almost believe things were normal. Three weeks and some more lies and verbal abuse, and I was out. Scared, but out.

A few years later, I was doing something else I’d sworn I’d never ever do – I was involved with the guy who had a girlfriend. At first I believed there must be something wrong with her if he was straying, then I thought there must be something wrong with me if he was staying. Eighteen months and I hit some serious lows. I didn’t believe I was capable of leaving. So I’d leave and go back. The mind f*ckery was unbelievable. I talked a lot about ‘love’ ’emotions’ ‘connection’ and kept saying how nobody could understand my situation.

But of course, I did leave. Eventually.

So here’s what I know based even on just those two experiences:

When I believed that I couldn’t leave, I didn’t leave. Nobody who believes they can’t leave, leaves. Or if they do, they go back. This is simply because we find reasons to legitimise that position. If we didn’t, we’d realise we can leave which would put us in the position of leaving. I’d learned that you stay so I closed off options.

It’s that narcissist within all of us that believes our situation is wholly unique or that nobody can understand or it can only be understood if you’ve experienced exactly that. I’m not the first person to be physically/emotionally hurt by someone and sadly, I won’t be the last.

When I believed that I could leave or that I could anything else, I did leave and did those ‘anything else’. Saying I could leave, albeit with a wobbly voice, terrified mind, and shaky body, meant I found umpteen things that showed I could. Other people in far more horrendous situations leave, so why couldn’t I?

I have friends, family, acquaintances, readers that have left after 1, 5, 10, 15, 20 years and beyond. When they consistently started thinking that they could leave instead of shutting down the thoughts or feeling resigned to being a victim, they all left. In fact, I have a reader whose ex nearly killed her and left her for dead on a road, held her prisoner after she got out of hospital and she escaped. She told me all she knew was she had to get out and she found a way.

Before you commit to saying you can’t do something, make sure that you’ve answered the question of what is so fundamentally unique about your situation that it’s impossible to do so? Don’t say it’s love – that’s the bullshit excuse we tell ourselves. What’s the real reason?

Whether you believe you can or you can’t, you will take yourself down the path that fits either one.

I can and I could so I will.

You can and you could so you will.

I used many reasons and excuses back then – my logic was based on my beliefs and my wounded self-esteem – I over-intellectualised my situation in the context of how I looked at things.

My old logic doesn’t make sense now because I’ve changed and I looked at those relationships in the context of what I knew even outside of me. There were three things that pierced through my thought process:

I knew that abusing someone is fundamentally unacceptable. It’s not something I wanted in my own life. Even if I had annoyed him, I didn’t deserve that treatment. He was this way with others too – why did I need the validation of converting an assclown?

I recognised that being in so much pain wasn’t love, it was pain and if I wanted it to stop, I had to remove myself from the pain source and differentiate between pain and love.

I read a comment that told me how it’s so easy to intellectualise a bad situation and that what she reads “does not make me human to it. There’s a difference between understanding and knowing why, to actually having the strength to do anything about it.”

Actually, what makes us all human to a situation, especially our own situation is us. When people ask me what the biggest barrier to No Contact or leaving a relationship is, it’s us. If we detach ourselves from the reality of a situation/normalise it and look for reasons to deny, excuse, or minimise things that have happened or to legitimise our beliefs about why we can’t go, NC/leaving fails.

We act like something doesn’t apply to us because to accept that it does pierces holes in our ‘staying strategy’.

Sometimes it’s easier to say you have no strength because you can focus on the other person and what you think they’re doing to stop you from having strength. The strength however comes from you – you all have it, you’re just not always tapping into it. Unless they’re keeping you prisoner or have threatened you, often what stops us from walking is a fear of what they might do or what we will have to do and be without them.

Sometimes, it’s literally as simple as putting one foot in front of the other and walking or not answering a call. Then you keep walking and you keep not taking the call.

I hadn’t always known whether I had the strength to leave a relationship but I realised you never know your own strength till you use it. Opting out is a strength trigger. It might not be Popeye levels but it’s often more than what you think it is and that in itself is a start and gives you something to build on.