Future Faking, Fast Forwarding and Being The Good Girl/Guy – When You’re Too Concerned With How You Look 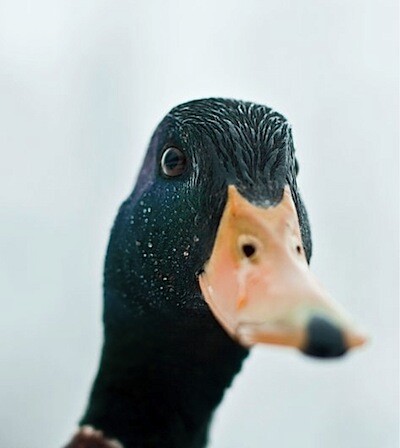 I’m currently shrinking Mr Unavailable and the Fallback Girl for the print version after much flip flapping about its size since I received the first hard copy a couple of months back – it’s quite a task conveying the core message in half the page volume, but I’m getting there. And while writing the chapter about actions and words not matching where I talk about Future Faking, Fast Forwarding, and the general inconsistency, I scribbled down this on my editing notes:

They’re too concerned with how things look but unwilling to actually be and do in a way that their actions would reflect the person they want to be perceived as.

This doesn’t just apply to Mr (or Miss) Unavailables – this is for anyone whose actions don’t match their words or have spent too much time trying to be The Good Girl/Guy, concerning themselves with how they might look to others without considering what they’re doing to themselves or how their actions actually look.

Intentions and perceptions are not enough – action matters.

One of the examples I use in the chapter is having a great date with someone where they top it off by telling you that they really like you and that they’ll call. Next thing you’re greeted by tumbleweeds… You wonder what the hell you said or did for them to change their mind or why they bothered to say they were crazy about you. It’s because they focused on giving you the feel good factor on the date and having you remember them in a great light even though they already knew that they weren’t going to see you again.

In being focused on perception, in their mind, they gave you a great date and for that, they’re a great person. As you’re now out of sight/out of mind post date, it doesn’t occur to them that their insincerity will certainly dampen that perception.

I remember the guy who ended up being my life-changing epiphany relationship after five months of ambiguity. He knew from at least a couple of weeks in that he wasn’t ready for a relationship and wanted a casual dalliance but he’d be damned if he’d be straight up with me for fear of looking like an assclown. By selectively focusing on this perception of himself and no doubt making mountains out of mole sized get-togethers, he felt like he was a ‘good guy’.

Ever been hounded by an ex who either didn’t treat you that well in the relationship or post-breakup, or maybe even both, but they’re damn well near losing their minds over whether you think well of them? Maybe you meet them/have a conversation and they try and say all the stuff they think that will have them being perceived in the way they’d like to be – they think this pushes out previous actions or even anything that follows.

Future Fakers make it seem like there’s an actual future on the horizon for your relationship because aside from helping them get what they want in the present, they get to look and feel like they’re an amazing person…till they worry about delivering the goods…

And for those of us who end up in very painful situations because we’re more concerned with being The Good Girl/Guy than we are with treating ourselves good, we don’t recognise that in looking for validation and trying to control perceptions that others have of us, we end up not living congruently with the image we’re trying to project or the values we profess to have.

Image isn’t everything and it’s very subjective (all the more reason why actions matter) and we need to be more concerned with living authentically in line with the people who we claim to be, instead of trying to control the uncontrollable, and either blowing out loads of hot air intentions like the Future Fakers and Fast Forwarders of this world or thinking we can live and love without limits so that people will think we’re great and good. It’s not enough to just say ‘stuff’ – that’s why people who talk up a storm often disappear or behave like jackasses to cover up the inaction.

The trouble with being around people who think that just having the intentions is enough is that if you believe in them too much or go to town with making excuses for why their intentions didn’t come to fruition, you make the mistake of believing that it wasn’t just intentions and that it’s some failing on your part why the intentions didn’t materialise. Eventually, you realise that they are habitually people whose actions don’t match what they say.

The trouble with being someone who worries about perception too much is that you end up with a very blinkered view and you have your perception of what is ‘good’ but don’t realise what your actions and words convey about you. For example, many Baggage Reclaim readers have thrown all their boundaries away in the name of showing how much they love someone and instead have conveyed that they are doormats that don’t have enough self-respect, opening themselves up to at best being taken advantage of, and at worst, being abused.

Life is not about how things look contrary to what the world wants to teach us because in the end, we can’t make relationships on words because eventually they come crashing down when actions don’t come along to solidify them, and no matter how we try to be perceived, most people work out who we are, what we’ll do and what they can be and do based on our actions.

It’s also important for us to live by our own values and work out what we want. If we want to be happy, if we want to have healthier relationships, there’s no point saying ‘Oh well other people get through life without their actions matching their words’ – clearly that’s not working for you.

It’s not enough to say ‘I’m a good person’ or ‘I want to be seen in X way’ – it’s important for you to live this way – there’s no point talking and ‘looking’ like a duck if the leg action is missing.

It Started Out So Great - Why Can't He Go Back To Being 'That' Guy?
Advice Wednesday #9: Is It Possible To Remain Neutral Between My Feuding Friends?
Overthinking What Men Say & Do: Applying meaning where there is no meaning
Share this...