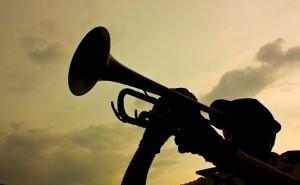 While writing my ebook Get to Grips With…Values & Value in Relationships, I was reminded of how us ladies can be a sucker for a sob story when I explained about how we can overvalue stuff like ‘chemistry’, ‘attraction’ and a very overused word ‘connection’.

“That ‘connection’ that you’d practically die on your sword by – the sheer number of women I come across that profess a connection with the most dubious people is quite frankly astounding. Sometimes, all it takes is saying it out loud: I feel deeply connected to someone who doesn’t call, often reduces me to text and emails, dips in and out of my life at will, is resisting commitment and consistency, and who treats me like a booty call whilst getting me to wash, cook, and clean for him.

We also feel ‘connected’ with dysfunction. When we hear about their pasts, we feel a connection because we feel for them and are sympathetic, instantly deciding, whether it’s subconsciously or consciously, that we can be the person to make their lives better and instantly feeling that we ‘know’ them and that they’re sharing themselves. It also means that we’ll likely use this so-called ‘connection’ to make excuses to not only justify our sexual and emotional investment, but also to excuse their own dodgy behaviour. ‘Oh, the reason why he can’t be a committed partner now is because one time, in bandcamp, that pet budgie died when they were five’.

If women presented themselves to men and said that they were screwed up, some guy had messed with them, or any of the other stuff that comes rolling out of these guys mouths, we’d be labelled ‘needy’ and ‘psychos’.

It’s not that some women don’t have tales that they ‘reach’ for when times get rough or to elicit a reaction, but let’s be real, we have a limited audience for it. The more tales we tell, the more they back off! The more tales they tell, the closer we get!

Thinking about these tales reminded me of when I dated a recently qualified doctor who I came to refer to as The F*ckwit. Five minutes into our first date, he told me that his dad was in prison for bank robbery while we were stood at the ATM. Within ten minutes he told me his brother was in prison for holding a foreign student hostage, and within half an hour, he also ‘divulged’ that his mother was a crackhead and how he’d been homeless and had fought his way to being a doctor. I swung perilously between shock, admiration, and an urge to laugh hysterically, something I do when I’m very nervous.

Over the few short weeks that we dated, I stifled many yawns. Really, I’m not a bitch, but after a while, I suspected that his tales were exaggerated and rolled out to tug at heartstrings, test out reactions, and absolve himself of being rude and very self-centred.

Theft and crack stories turned to women who couldn’t handle him being a doctor, black women that misunderstood him, women who’d wounded his soul, and itemising the various doctors, solicitors, and other seemingly well qualified friends that he knew and declarations of his poshness, quickly followed by sad tales of poverty. I quickly realised that he was incredibly insecure and that he’d clearly been through an awful lot, but that I had to be careful of not only taking on his problems but giving him license to think he could behave as he liked.

In another time, I’d have contemplated being the woman to ‘love’ him out of his insecurity and pain, and make him all better. There was a problem though – sob story, or no sob story, we didn’t have very much in common and I couldn’t stand him when he opened his mouth…

We didn’t last long – it gets tiring playing the smallest violin in the world as background music to what I call This One Time in Band Camp stories, something I talked about in Mr Unavailable and the Fallback Girl. Inspired by the line from American Pie that’s synonymous with the girl who wouldn’t shut up about her band camp experiences and would start babbling when she was nervous or wanted to fill in a gap in conversation, This One Time in Band Camp represents the tales of woe that Mr Unavailables and assclowns roll out whenever things get rough. I’ve had much experience in listening to these, as have millions of women around the world.

“The first few times he told the story, it was heart wrenching and cute, but over time you realise that it’s just a story and he is so disconnected from himself that he is giving you the watered down version where he has no responsibility and he gets to pretend that he was this totally emotionally available person.

“He was let down by a woman a really long time ago after she got sick and tired of him perpetually disappointing her. She discovered that not only had he been sleeping around, but that he was trying to hit it with someone from their workplace. She was outraged because they had been sleeping together regularly and in an act of revenge, she cheated on him too, with a guy who had been chasing her for a while. She did give him blowjobs; she just didn’t feel like giving them morning, noon, and night. He did propose to an ex but it was after she’d cut contact with him for several months and he used it as a last ditch attempt to win her over.”

What’s scary is that often these tales are exaggerated, watered down, or outright fabrications! You only find out the truth as they ‘fluff their lines’ or pull the dripfeed manoeuvre and add in bits of the story when they think you can handle it. Either that, or you meet their ex and find out the horrifying truth.”

The other thing that’s scary is that as women, we are receptive to the pain of others and the kind of guy that relies on This One Time In Band Camp stories knows this and is very practised and will even sometimes roll out the crocodile tears, insincere tears used to manipulate and generate a desired result.

Much like with crocodile tears, the reason why women are receptive to listening to This One Time In Band Camp stories or knowing the details of a guys childhood or relationship experiences, is that we believe that it creates a connection because we believe these things to be a show of emotion, plus we also use this stuff to rationalise dubious behaviour.

We connect with pain because in being receptive, we often have our own pain and issues to deal with.

I was talking to someone recently and she told me she was in love with someone. I was a little taken aback as we’d only spoken about a week or so before! As I listened to details about this guy, I realised that the whole ‘nurturer’, let me become Florence Nightingale and fix/heal/help this guy was in evidence. He’d revealed some sad childhood experiences and she instantly felt connected with him and suddenly had a reason to ‘connect’ and feel ‘love’ for someone who moments before, she was actually quite ambivalent about.

I see this all the time and the key issue with falling for people because you perceive them to be wounded, is aside from having your own issues with control, it’s that you make dangerous assumptions about the person, almost because you pity them and believe that they ‘need’ you to fix/heal/help them and add whatever is missing to their lives.

This is not love. It’s also not healthy because rather than empathise (having the ability to share in someone’s feelings by understanding their position/perspective), you sympathise, which is basically pity and disempowering, something that gets exacerbated when you make it your vocation to fix/heal/help them or absolve them of their responsibilities by being too compassionate and overly sympathetic because it suits your own agenda.

Back in part two.

Your thoughts? Have you listed to This One Time In Band Camp stories? Are you responsive to hurt?

When Mr Unavailables and assclowns use ridiculous statements to justify their poor behaviour
Reader Question: What do you mean we teach people how to treat us in relationships?
Sex With the Ex