Translated: I Love You But I’m Not In Love With You…and other such sayings 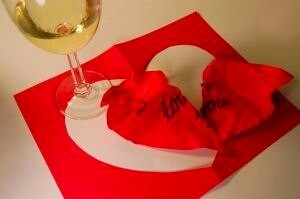 Judging by the reaction to my last post on what does it mean when a man says I can’t give you what you want, here are a few more common statements translated. The key with anything is not to overanalyse what they say, take them at their meaning, and apply it to your situation. What does this mean for me? instead of turning into Columbo and trying to figure out 101 meanings. It’s the topline information that matters. Investigating the hell out of it will have you depleting your self-esteem and seeking validation when you need to be deciding what you need to do whether that involves staying or going.

He says: I love you but I’m not in love with you.

Translation: I don’t feel enough for you. You’re not ‘The One’.

You hear: He loves me – that’s the main thing. What is being ‘in love’ anyway? I’d rather have him this way than not at all. I know I love him and maybe if I hadn’t done X/Y/Z or been A/B/C, then maybe he would be ‘in love’.

This is an example of being ‘gently’ let down but it’s painful nonetheless and it will feel like a big blow of rejection. He may or may not mean it when he says that he loves you but the key here is to take him at his word because this is a major sign that something is wrong. Just like when someone says that they want to break up with you (and by the way, the ‘I love you but…’ line is a prelude to breaking up even if you don’t), it means that they don’t see potential in the relationship – they don’t believe in you, their feelings for you, or the relationship. They don’t want to try anymore.

When people separate out how they feel, dissect it, and go to the trouble of telling you, it’s because they want to communicate what they don’t feel.

The key here is not to fall into the trap of getting hung up on the individual meanings of the words – how much frickin’ analysing and decoding can be done in your relationship? Should you have to burn up brain and emotional energy trying to dissect what someone feels for you or looking for reasons to hang on?

If you overanalyse this statement and stay, you will spend your relationship looking for validation from them so you can stem the feeling of rejection, when in reality, you need and deserve more than him.
You will become focused on trying to get him to be ‘in love’ with you.

Remember – relationships are not about the ‘in love’ feeling however someone can love you but not want a relationship with you or be inspired to desire a future. We love our family and friends, but we’re not in love with them.

It is important not to get trapped in your feelings or project what you feel and believe that they should give it back – you may be in love, but that doesn’t create an IOU.

People who want to be in a relationship and who have both feet in, don’t burn up energy analysing and questioning their feelings for you. You may have issues but you know that you both feel ‘enough’ and then some to remain committed and work at your relationship and you put in the work with actions.
Remember – everything is contextual. If someone has gone to the trouble of saying this to you, there are other signs that all is not well in the relationship. This should be a jolt to put both of your feet in reality and not allow yourself to be cloaked in illusions.

He says: I don’t want a relationship right now.

You think it’s just a matter of timing and you’re also likely to convince yourself that because you like him and he doesn’t want a relationship ‘right now’ that you mustn’t want one either. In feeling rejected by his reluctance to be in a relationship, you decide to be with him on any terms rather than none.

Here’s the thing: If someone doesn’t want a relationship, you need to be wondering what the hell he has seen in you that makes him think that you will be happy with taking his reduced efforts.

You hear: He’s not ready to be in a relationship right now because his cats stuck up a tree/one time in bandcamp a woman hurt him/he’s just out of a relationship/he’s busy at work but once he realises how good we can be, he’ll change his mind. He’s just scared. Plus…if I leave now and he changes his mind in the future, I’ll miss out.

There are two primary ways that this line comes about:

1) He has blown hot and faked a future making out that he is looking for a relationship and now that he is expected to deliver on the early activity, he has called a halt to things. He’s misled and now he’s correcting you.

2) You are pushing for a relationship and he’s saying that he can’t give it.

Forget about the now, and focus on the core message of the statement: I.do.not.want.a.relationship.

If you want to be in a relationship, whether it’s with him or as one of your wider goals, when someone tells you that they don’t want a relationship, it is red flag and a sign to opt out, especially if they are expecting you to stick around and play Friends With Benefits or Booty Call.

It’s not wrong to not want to be in a relationship – when someone tells you this, it is giving you the opportunity to decide if this is something that you want to be involved in and if you do stick around, then it means you’re agreeing to the new terms and conditions of the relationship.

He says: I’ve cheated on all of my ex girlfriends.

Translation: I’m telling you right now that I’m a shameless cheat who is very likely to cheat on you in the future.

But by telling you this, he knows you’re going to put in the extra effort in an attempt to prove him wrong and in the meantime, he’ll reap the benefits of it. He’s still gonna cheat on you though although if pressed, he’ll swear blind that he won’t. If you try to leave or voice concerns, he’ll feel out of control and will do his best to convince you to stay…and then he’ll cheat on you anyway.

You hear: None of his exes have been special enough or been able to give him what he needs, but our situation is going to be different.

Character is everything. While we all make mistakes, on hearing this information, you have to take it as a warning from him that he’s not big on being faithful. Now of course, you can judge him on your own relationship and this means that you have to be actions focused instead of just listening to any words he says that may contain big promises and declarations.

But I wouldn’t take a statement like this lightly because it is a major warning sign of his character and his values and if you’re asleep on the job, living in the lala land of illusions, you may miss crucial signs that he he is not appropriate for a relationship or is already edging up to be cheating on you.

Remember – context is everything. If someone’s actions demonstrate that they are not committed to you or the relationship or acting without love, care, trust, and respect, actions speak far louder than words. I’ll be bringing you some more translations which have been inspired by the comments on this subject.

Being passive and a pleaser can make you a sitting duck for unavailable relationships
Lovenomics: Managing Your Desire to Be the Exception in Relationships Part Two
He broke up with me: Is he an assclown?