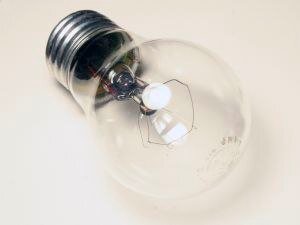 One of the most infuriating things about realising that you have been involved with someone where the signs were there that there were issues, red flags, or that the relationship couldn’t work is feeling like you dropped the ball. You wonder how a woman who considers herself intelligent and may have one or several degrees, or run a successful business, or be doing very well on her chosen career path, or be a good judge of character with ‘other people’, can be caught out by a man or ‘love’.

You think to yourself ‘There’s no way in hell I’d put up with this crap from friends, family, or colleagues!’ and then muse that men and love are ‘different’.

You think ‘I’m in charge of people at work and so organised and in control of other areas of my life – why the hell can’t I get it together with my private life?’ And then muse that it’s because it’s love why it’s not in control.

Here’s the thing: Being intelligent is not the same as emotional intelligence or being relationship smart. The fact that you are intelligent only means a lot to the context of a relationship if you actually apply some of these skills to your relationships.

The reason why the disconnect can exist between general intelligence and relationships is because we make up different rules for relationships, we think ‘love’ requires exceptions to what we’d do under ordinary circumstances, and we don’t live congruent with our values across all areas of our lives.

That and there are plenty of people who are very intelligent or even moderately intelligent but they don’t have common sense…. If you’ve seen people who seem super clever but do the oddest things that defy logic at times – that’s how a lot of people are about their relationships. In fact, lots of people believe that love doesn’t need logic.

What you’ll realise as you shed old habits is that actually, if you do have values and boundaries, love will follow logic and not have you sacking off yourself or doing crazy stuff to maintain ‘the dream’. And I should add, it’s not just women who experience this – I spoke to a man recently whose whole distrust of himself and women is based on the fact that he made exceptions for someone who betrayed and made a fool out of him.

“I credit myself with a lot more intelligence and yet, I discovered that she was unbelievably sneaky and it galls me. Even when I was finding out about her schemes, I wanted to see the best in her.”

So what does this guy do now? He thinks he’s taking the intelligent approach by not only being risk averse but by setting ‘little tests’ for the women to see if they’ll get shady on him and nip the bait. Sadly, if you feel the need to set tests, you’re already in No Mans Trust Land, which isn’t that clever really as you’re creating a self-fulfilling prophecy.

If tomorrow, you make an error at work or drop something at home – the likelihood is that you’re not going to decide to never ever do that work task again or go in the house/do the same thing. Common sense and your own smarts suggests that you learn from the mistake and adapt what you did to minimise the possibility or outright avoid the mistake happening again.

Being relationship smart means that at times you’ll make mistakes and errors in judgement and you may do stuff that is counterproductive to your own relationship success, but in having a level of awareness and consciousness about yourself and your interactions, you adapt your behaviour and learn from it rather than repeating it and hoping it’ll work itself out without you getting uncomfortable.

Being smart at anything means that you have to get uncomfortable.

What do you need to be relationship smart?

1. Self-love and a reasonable level of self-esteem.

Recognise that true unconditional love starts with yourself and you cannot love or be loved, if you don’t like and love you.

Recognise that all relationships require boundaries and that we ourselves require limits, which in itself protects us from dangerous situations.

3. Awareness of the importance of values and your beliefs.

Recognise that you need to know who you are and what you need to live authentically but you also need to be understand your beliefs because what we believe is reflected in our actions which inadvertently impacts on living with our values.

4. Communication but also a willingness to recognise that we don’t all communicate in the same way.

Recognise that while you need to be willing to communicate, that you also need to recognise when you need to tell your message differently to make it clearer.

5. Eyes and ears open – not illusions or hearing but not listening.

Recognise that there is very little that we can do in life with our eyes and ears closed – when we do, we live unconsciously sleep walking through life waking up in bad situations.

6. Action and application – willingness to get out of being stuck rather than engage in relationship insanity.

Recognise that not only do actions speak louder than words but that we must not rely on others to change for our happiness and be willing to adapt and apply ourselves.

Recognise that real intimacy and real connections come with opening ourselves up emotionally, not withholding ourselves and that we also need to be able to place ourselves in others shoes, but without getting lost in them or trying to wear them.

8. Acceptance that conflict can and will arise.

Recognise that it’s wholly unrealistic to avoid conflict as you will habitually compromise yourself and your values – NO is not a dirty word.

9. A reasonable level of trust both in yourself and in others.

Recognise that you need to have a core baseline of trust and you use signals learned from listening and watching to increase or decrease trust and make assessments of the situation – that’s trusting yourself and having faith in how others will act, but adjusting when they don’t match up.

10. Respect, for others but also for yourself.

Recognise that if you don’t respect yourself you will invite disrespect but that also through remembering the importance of respect, you will accept people as they are and respect their differences, even if it signals the end.

Apply these life skills that can actually be quickly learned and you can change yourself and your experiences. I will be writing some more posts on being relationship smart. Any questions…drop them in the comment box or use the contact page.

What do you believe about YOU? Your Beliefs Tell You What You Think Are Your Capabilities in that Ca...
Breakups and new relationships offer opportunities to break old habits
A breakup doesn't equal failure