Advice: Help! He Disappears, Doesn’t Call, Pops Up Every Fortnight and Gives Me a Magical Time. Is He Unavailable? Er…YEAH 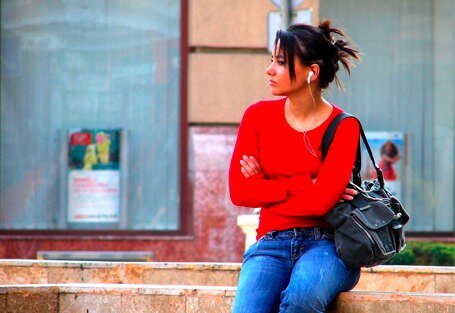 Marci writes I have read and re-read on emotionally unavailable men here at your site. I am so confused on this issue due to the current situation I am in. He falls in and out of many types. Help me please to resolve this confusion and frustration. We started with a bang then a pop. He did inform me that he is messed up from the divorce a year ago. In any case, the first couple “weeks” was the most time we spent together in the 3 months gone by. It faded….and he is not good about phone calls nor other communication, stating “I am not much for phone talk” Reg flag? He only contacts me a couple times a month now. I do believe he is dating others. Here is the bare bones of my confusion. When this man and I are together, it is magical. We communicate well, we have a blast when we go out. He treats me with the utmost respect. I know he is not living with someone else as he has spent several nights with me. He kisses my forehead and holds me like I am his, amongst other things. We are like one when together. It would be viewed and has been from others we are a great couple. After these fabulous dates, nothing for up to 2 weeks??? Who is he??? He is always a gentleman, loving and very affectionate, seems so into me then GONE. Until he is ready to see me again. Help me here.

The reason why you’re confused and frustrated is because in spite of doing some homework on your guy, you have chosen to reject any ‘shady behaviour’ in favour of focusing on the times when you are together. You want to believe that you are the exception to the norm and that there is a magic potion or move out there that you need to do to turn him into someone who behaves like this all the time instead of in hot bursts. But be under no illusions, you are experiencing him blowing hot and cold…big time. He’s now also trained you not to expect phonecalls, for him to go ‘dark’ for a couple of weeks at a time, or for him to make you feel like you’re the centre of the universe when he dignifies you with turning his hot tap of attention back on. He is a Mr Unavailable.

Whether he is one type or falls in and out of other types, is really a non-issue. The fact that he is exhibiting any of this behaviour is a major red flag. In fact, with him falling in and out of ‘many’ types, I’d be very afraid! If this is what you’ll put up with in the first few weeks and months, what will you put up with in three months time?

2) Other than the first 2 weeks, for the remainder of the 3 months, he has faded out – Blew hot, now running cold. You’re invested in 2 weeks instead of seeing that for 10 out of 12 weeks he’s been something else entirely. Seriously, don’t you think it’s odd to be heavily invested in someone who couldn’t ‘keep it up’ past the first two weeks? Is two weeks enough to get invested over? And I speak from experience – the Mr Unavailable that made me ‘see the light’ was full on for 2 weeks, and hot and cold bursts for the subsequent 4.5 months. I kept waiting for it to get back on track – it never did.

3) He doesn’t bother to call – claiming not to be one for phone talk – What kind of foolishness is this man talking? This goes beyond lazy communication. You’re now on a ‘Don’t call me, I’ll call you’ arrangement. Does that sound normal to you? You see him in short bursts and you hardly hear from him in between – how do you expect this relationship to progress?

4) He calls twice a month – I hear from British Gas more often… He’s not calling because 1) he’s too busy getting on with his other life, 2) he may be afraid of confusing himself with names etc, 3) he doesn’t want you to think this is more than what it is, and 4) because you let him and you are content with him blowing in every fortnight.

5) You think he’s dating others – Well he certainly managed to create the time and energy to do them, in spite of not being able to do that for you. You’re not exclusive, you’re not even on the same dating planet. This man is not trying to cultivate a relationship with you – he is keeping his options open.

6) When you’re together it’s ‘magical’ – Of course it is, you hardly see him. If I hadn’t eaten for a month and someone gave me a cracker, I’d probably think it was the best thing I ever ate, but actually, it’s just a cracker. You’re focused on those fleeting albeit intense ‘moments’ that you spend with him. However, you have this man on temporary loan for a few hours or whatever amount of time you spend around him. It may feel good in those times but it is not a full time gig.

You’re focused on the feeling you have during those times instead of seeing the full picture and recognising the weirdness of what’s going on in between your meetings.

7) We communicate well – Really? Me thinks you’re bullshitting yourself there. You may have great conversation when you meet up but you don’t communicate that well that he can be straight with you verbally about what’s going on here and that you will listen.

8) He treats you with the utmost respect – In the context of an evening maybe, but in the context of the duration of time that you think you’ve been involved with him, he is anything but respectful. What he’s doing is treating you well enough that he can leave you on a high and then disappear. By the time you realise that you’re back to square one, he’ll already be on a date with someone else and you’ll be nostalgic enough to see if you can plan for next time.

You think he’s a gentleman – gentlemen are gentlemen, period. They don’t switch it off as soon as they’ve got what they want.

What you think is the potential of a relationship which is generated by your magical interludes, is a mirage. The moment you so much as attempt to get up close to the possibility of a relationship, it (and he) will disappear.

9) You know he’s not living with someone else because you’ve spent several nights together – I once met a woman on a train who had just found out that the man she had thought was ‘hers’ for 3 years had a secret life with a wife and kids. He claimed he was working ‘away’. You don’t know anything about this man – you are not a part of his life. Even if he isn’t living with someone, what has that got to do with the price of milk?

10) He kisses your forehead like you’re ‘his’ etc – Anybody can kiss a forehead and romance you for a time, but can they cut it in a consistent relationship?

11) You think (and seemingly others do) that you’re a great couple – You’re great on dates, but it doesn’t translate to anything beyond that. You’re not exclusive, he disappears, he’s seeing other people – you’re clearly not that great a couple. When someone is genuinely interested in you they don’t resist you. When someone is a decent person they don’t disappear and date and shag people in between.

12) You ask who he is? He’s Hollowman. Mr Unavailable. Mr Fortnight. Mr Magic Moments. But he’s certainly not Mr Relationship. You’ve got him on a short-term loan. If you’re OK with 2 calls a month which is basically ‘notification that I want to hook up’ and him disappearing afterwards, then that’s your prerogative but at least see it for what it is instead of just focusing on what you see as ‘good points’.

What’s going on here? You’re getting played like a finely tuned guitar. You’re rationalising everything, coming up with new meanings for his behaviour, and casting yourself in a great romance. I’d take him down off his pedestal and come back down to reality pronto. I know people who have these types of arrangements for years because they’d rather have something rather than nothing but lose themselves along the way. Next thing you know, they feel like they’ve wasted their lives in some piss poor arrangement and that it’s ‘too late’ to start over because they accepted crumbs for so long.

Of course you could just ask him straight out, but I’m going to guess that you haven’t done that because you know you won’t like what you hear or you may be inclined to disregard the information and hang around for the good times. You know the truth, you just don’t want to see it.

This is exactly how we sell ourselves short and manage down our expectations. You want to be a girlfriend? Start as you mean to go on and never be prepared to accept someone blowing in on the wind, romancing you, disappearing and then lather, rinse, repeat. That’s not a relationship – it’s a hook up.

It’s time to start asking: What’s in this for you? Why does a shady ‘arrangement’ like this work for you?

I’m all about owning your choices so if you’re happy with this situation in the real world (not just your imagination), that’s your prerogative but if you want more than what is on offer, you don’t want to sleep with multiple partners (I hope you’re being safe), and you don’t want to take up a vocation of trying to turn him into the boyfriend he isn’t about to become, I would abort the mission and come back down to earth.