Lessons From Parenting My Five-Year Old: Why Mistakes Don’t Make You A ‘Bad Person’ & Why They’re Needed For Growth

I learn a lot about me, my younger self and self-esteem through my relationship with my daughters. They’ve taught me to be more self-compassionate, patient, empathetic and loving, because not only do I think about how their childhood experiences are shaping their current and future self-esteem, but I also recognise how easy it is to go down a path of forming inaccurate beliefs if you’re not listening, watching and having an ongoing dialogue with them.

The nurturing of my girls is what I have to practice on myself but also what I encourage readers to do. I regularly ask people who just won’t stop giving themselves a hard time about something from their childhood or that they’re experiencing now, “Is this how you would speak to your own child? Would you blame a child for that same experience and if not, why are you still blaming you?”

We have to be careful about the way we speak to ourselves and the thoughts we choose to fill our heads with. If we don’t intercept the negativity, our thoughts feel and look like facts and we become convinced that we are everything that we think.

Today my five-year old was upset because she’d had an ‘accident’ just as she was coming out of school, due to not wanting to disturb her teacher and say that she needed the bathroom (fear of being in trouble). We got home as soon as possible without fuss while talking about how to avoid situations like this by not leaving it till the last minute or worrying too much about being in trouble and she seemed OK as she threw herself into puddle jumping and laughing. Once home, I got both girls showered and changed into their PJs and seeing that she was deep in thought I asked her if she needed to talk and she dissolved into tears. She was worried that making a mistake meant that she was a “bad person” and then took things to the nth degree by claiming that she couldn’t get anything right.

My heart hurt for her and I immediately sought to make her feel better by explaining ‘mistakes’ and trying my best to allay her fears. In that moment I saw the many stories of readers flash past me as well as my own and I realised that it’s moments like this that if left unaddressed, can start laying the path to unhealthy beliefs.

“First of all, everybody makes mistakes”, I told her.

“Really?”, she said wide-eyed with surprise.
“I stayed dry today!” piped up Nia so I had to give her the side eye…
“Yes. There is nobody on this planet that doesn’t make mistakes and your accident was an accident not a mistake. Your daddy makes lots of mistakes, as does…” cue a list of pretty much everyone who means the world to her. “And do you know what? I’ve made lots of mistakes; lots of them. I don’t want you to ever think for one moment that nobody else isn’t making mistakes, that you’re not loved or that mistakes mean that you’re in big trouble and not good at anything.” I then gave her a list of the many things that she’s good at and she admitted that she does get lots of things “right”.

I told her about how mummy has turned all of her mistakes into her dream job and that I write ‘stories’ so that people can find out all about my mistakes and how I learned from them and that I also listen to their stories and learn from their experiences.

I’ve been that kid, the deep thinker who puts two and two together and makes four hundred. I told her dad what she’d said. “She didn’t get that [habit] from me!” and it’s true because he and so far Nia, don’t really go for the deep introspection and worry. Nia (three almost four going on thirty-five) leaves you in no doubt as to how she is feeling at any given moment and is far less concerned with being “good”.

It was also important to stress to Saria that she’s a kid and that she’s not always going to get things right first time or even several times whether she’s a child or an adult. I explained potty training them when they were younger and they fell around laughing.

Making ‘mistakes’ is how she learns – if she sees it as a terrible thing it will affect her learning and growth. It’s the same when you’re an adult. Yes it may feel like the stakes are higher (and sometimes they are) but mistakes, even ‘silly’ ones, pave the way to success. When you fear making mistakes, you not only end up suppressing who you truly are and giving you a hard time, but you limit you and don’t allow you to be vulnerable. 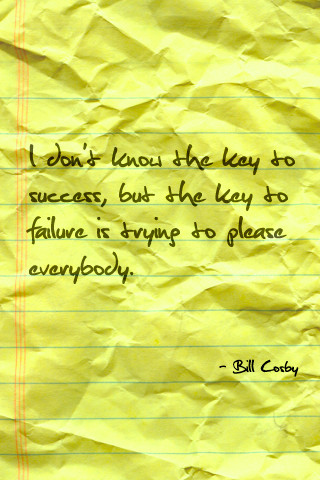 A lot of the time, it’s not the mistake that’s so much of an issue; it’s not admitting it and then the whole snowballing out of control due to the knock-on effect. We get in far deeper than we really need to.

How will you know what is and isn’t working for you if you won’t listen, watch, and act upon feedback? How will you learn anything?

As adults, we might not always have someone on hand to catch us when we falter and our minds get too busy and judgmental thinking the absolute worst of ourselves and taking it to a ‘ten’ on the catastrophic drama Richter scale when it really doesn’t need to be. There is however one person who is always there to catch these negative trains of thought and inject some compassion by listening with love and that person is you.

Spending time outdoors and in nature is a meditative act
'Prepping' for hurt and loss cuts us off from intimacy and connection
Personal Happiness: What do you want? Part Two