Relationship Advice: I didn’t know that I was the Other Woman. Help! 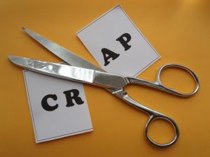 Tess asks: I have been seeing my guy for almost a year and I’m crazy about him but I have recently discovered that he is not the single guy he professed to be and this all happened when his ‘real’ girlfriend busted us on a weekend away.

I admit that whilst I am crazy about him, he comes across as shady at times and I have been trying to get him to make a firmer commitment by trying to get him to move in with me. I always wondered why he was routine and why he would sometimes pick arguments with me or be snappy, and now I realise that he was orchestrating his other life.

She actually launched herself at me calling me ugly names and trying to pull my hair out. She had followed him because seemingly she thought he was a bit shady too. We’d only gone to a hotel about an hour away – I had tried to get him to go further but he refused which makes me wonder now if made it that way so he could get back quickly if necessary. She screamed at him “Is this what you call a f*king conference?”

I don’t do fighting but I actually had to force him to get his lazy arse up and get her off me! She was still kicking and flailing after me and I just felt horrified so I just gathered up my stuff and left them at the hotel.

Anyway, I don’t know what to do. I know he’s what you call an assclown and I am so mad at him right now for deceiving me but he says that he only did it because he didn’t want to lose me and she’s a bit of an emotional psycho and after that performance, I can see what he means. He says he’ll do everything in his power to make it up to me but he said that he needs some time before he can finish it with her because he’s worried about what she might do.

Should I wait for him? I don’t want to throw away a year and we get on so great together when things are good…But I don’t want to share him and what if he can’t ever leave?

NML says: The first thing I have to ask is, are you serious?!

Tess, he has lied to you for a year and had you as an undercover Other Woman and now that the secret is out, it’s not like he’s actually going to make a decision; he’s going to keep you in your role!

Why would you do that to yourself and don’t say love makes you do this because if you had any love for yourself, you wouldn’t treat yourself so badly?

How horrible to believe you had a boyfriend, even if he was a bit “shady” and then have the proverbial rug ripped from under you feet by being confronted by his girlfriend! Hair pulling, name calling, and basically being humiliated by this assclown!

You think he did this because he wanted to protect you? That’s BS!

He did this because he wanted to ensure that he could have his cake and eat it too whilst weaving a web of lies.

You can’t be emotionally available and be in relationships with two women.

She may well be a psycho or she may be totally normal. I don’t see what she’s trying to pull out your frickin’ hair for when she should have been launching herself on him, but I wouldn’t go buying his crappy little story about her mental stability.

Deception makes people do some whacky things and whilst she is clearly out of order for behaving in this manner, I don’t think it makes her a psycho – It makes her one of many women who has misplaced anger towards the Other Woman because they’re too afraid to be angry at The Cheater.

They treat you like the man stealer or some temptress and personally, short of forcing rohypnol down him for a year, you didn’t force him to creep around behind her back. You were unaware of his deceit.

Many men use the mental stability card to prevent them from making a decision. Trust me, if she really is as bad as she says, he’s not going anywhere.

Some couples get off on breaking up and making up. There are so many men that get ‘caught’ cheating by their wives or girlfriends who actually stay with them instead of taking the opportunity to leave and that’s because aside from the fact that they weren’t going to leave in the first place, she (the wife or girlfriend) has given him a massive ego stroke by fighting for her man and making him have to chase her a bit to get back together.

The Cheater knows how to spin a fine line in BS and what you need to realise is that you are lucky that you got caught. If he was prepared to deceive you in this manner, this could have gone on for years without your knowledge, only when you did find out, maybe you’d have had a kid, or maybe you’d have discovered that the time he went away for a couple of weeks on an intensive course where he could rarely be contacted, he was on honeymoon.

The best thing you could do is give him his marching orders and start asking yourself why you’re actually considering staying with him. Trust me, no matter what you think, you are not that hard up. Don’t behave like a woman that has no options, but remove his options and make his choice for him.

If you would like to understand more about the man who is the king of mixed signals and the women that love him, check out my new ebook Mr Unavailable and the Fallback Girl. Find out more and download.

10 Things You Can Learn About Cheating from the Tiger Woods Saga
Lovenomics: Managing Your Desire to Be the Exception in Relationships Part Two
The Trouble With Being Involved With Mommy's Boys and Men That Hate Their Mothers