Understanding the The Cheater 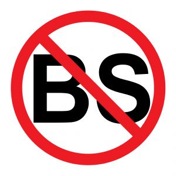 In this excerpt from new eBook, Mr Unavailable and the Fallback Girl, I give an insight into what is running through the mind of The Cheater, the man who likes to have his cake and eat it too, whilst lying on it and promising the world….

The Mr Unavailable that cheats is a special breed. This guy has made it down the aisle or appears to be in some form of committed relationship (or at least his partner thinks so!). But this doesn’t make him any less emotionally unavailable.

The mistake that the Other Woman makes with these men is assuming that because these men appear to be committed to someone else, that these are the type of men that commit, and that they’ll eventually commit to her.

It is possible for Mr Unavailables to be in relationships or even married. It doesn’t change who they are, it’s just that for whatever reason they have chosen to take the plunge. It could be through fear, it could be through a desperate urge to keep that one woman who wouldn’t tolerate his behaviour and made him jump through hoops, or he could even have found himself trapped. It could be for any number of reasons but for whatever reason, he hasn’t changed, or if he did, he has now reverted back to his old self. It is not a victory to get an emotionally unavailable man down the aisle. If he’s not married but is cheating, it’s very possible that the woman that he’s in a relationship with is clutching at straws with him too. The reality is that there are a lot of people out there who are prepared to believe that they are in a committed relationship, even when they aren’t. If you’re reading this book, you are one of them!

I’m sure some Mr Unavailables make the decision to work at engaging emotionally with their partner. But others expect the fact they’ve moved in or married or had a baby to work some kind of magic, heal their issues, and make them happy. When they still feel distanced, lonely, and miserable, they tend to blame the partner, and behave as when they were single/uncommitted. They may cheat or drink or become workaholics, or simply indulge in cold, distant, punishing behaviour. Maybe some just keep their discontent to themselves and try to behave well — but unfortunately, I haven’t been in a relationship with one like this.

The trouble with Mr Unavailable is that he sees himself as Mr Wonderful, and with the The Cheater, he is very good at distancing himself as far as possible from the reality of his behaviour. I’m not claiming that they don’t realise that they are sticking it to someone else, but for most cheaters, it gets rationalised so that they don’t get to feel too bad about themselves. Trust me; if they faced the reality of what they were doing to the person that they’re cheating on, and what they’re doing to the OW, they’d bail out far quicker. It’s the ability to delude themselves and romanticise the situation that keep things ticking over for so long.

The Cheater is a particularly insecure breed of Mr Unavailable because in some respects, he needs the security of what appears to be a proper relationship under his belt so girlfriends and wives are almost like trophies or show ponies.

Men, just like women, are privy to the same pressures from their peers, family, and societal expectations, and they find themselves trying to do, not what they want to do, but what they believe they ought to. So you’ll often find that The Cheater can be a high achiever or certainly aspire to the great things in life and in some jobs, men that appear to have all of their bases covered and are settled can climb the career ladder quicker.

Mr Unavailables are incredibly opportunistic, so whether she looks good on his arm and makes others around them believe that he is king of the castle with a perfect life, or he gets the benefits of her money, a pending inheritance, or a promotion at her father’s firm, he is investing in his image and his future. He will play the dutiful boyfriend or husband, but after a while, he needs to distance himself from what appear to be the shackles of his relationship. He needs to blow off steam. He needs to believe that he’s still got the magic. He needs to escape.

Some of the guys find themselves believing that they are trapped and held by their short and curlies. I have had countless emails from Fallback Girls who found themselves pregnant by their Mr Unavailable and sometimes impending fatherhood makes these men believe that they can change and have them aspire to be more than they are. And then sometimes they’re just scared shitless and attempt to do the right thing. But either way, at some point, he realises that it’s not enough or that the weight of expectations on him is just too much and he starts looking elsewhere and in his mind, casts himself as a victim.

Whatever it is that causes him to find himself as The Cheater, he becomes like a little boy playing truant, believing that he’s getting one over on everyone around him and outwitting them. He thinks he’s really clever, and he actually convinces himself that he behaves as he does because it’s in everyone’s interest to protect them from the truth, but in reality, he’s just excusing himself from the responsibility of his behaviour, much like he’s decided to excuse himself from the responsibility of his relationship.

You may wonder what runs through his mind and whether he intentionally goes out of his way to deceive the women he entangles in his web. I think at the beginning and certainly for the first few months, maybe even a year, he believes what he is saying about wanting to be with you and wanting the time to be right and yada, yada, yada, but to be honest, he is too caught up in the thrill, the excitement, the escapism, and having his ego massaged to actually genuinely concern himself with the finer details.

He’s just reacting to his urges and his instincts and unless he’s a total bastard, sometimes he feels genuinely conflicted about what he’s doing.

He’s like a scared little boy and he doesn’t know how to make a decision because he is afraid of betting at the wrong table and he would rather have both than have just one that he’s not sure of. He likes cheating or should I say, he likes the results of it, and as the OW, you fit in really well with his life because you quickly adopt his schedule making things oh so easy for him. He’s getting what he wants from both of you.

Do not make the mistake of thinking that one of you is giving him what he really needs. Don’t get it twisted! No matter what crap he tells you about his problems at home and how he didn’t see himself doing it, that situation at home works for him. You have no idea what his true experience is and at the end of the day, whether he’s got a girlfriend, living together, married, kids, waiting for them to go to college, waiting for a kid to go to school, waiting for her to get over depression, waiting for her inheritance to come through, it.works.for.him. No matter what he says, it is an excuse to continue the charade because the reality is that there are men who cheat and there are men who meet you when they have someone else, but the conscience and their morals won’t allow them to mess either one of you around, and they sort out their lives and take a chance on being with you.

The Cheater cheats everyone around him and OWs tend to focus on him deceiving others to be with her but they don’t spend enough time considering that he has to deceive them too in order to deal with their other life.

They learn very quickly to leave out important parts of their lives because they don’t want to set you off on a ‘When are you leaving her? Tangent.’ There is no escaping their deception and what you have to accept, is that they deceive everyone including themselves so very little truth comes out of their mouths or actions. They mean what they say as much as you can mean anything when you have a total disconnection from who you are.

When people say that he won’t leave his wife/girlfriend they are normally right. Obviously you have to be skillful enough to weed out the plain ‘ole haters, but if everyone from the cat to his great, great Aunty Betty says that he won’t leave, I’d listen to the evidence. I know there is no legislating for love but when everyone knows that you’re the other woman and they see the real him; you’d be surprised at the truth of their words. “He won’t leave him” should translate to “Abort mission. Take a parachute and jump!”

This excerpt is taken from the chapter The Other Woman from my new eBook Mr Unavailable and the Fallback Girl. Find out more and download.

Why do men blow hot and cold?
It's Most Definitely Not Your Job to Make a Romantic Partner Commit
For some of us, if we don't have to hustle, we don't feel interested