Advice Wednesday: Have I Misunderstood My Ex’s Unavailability? 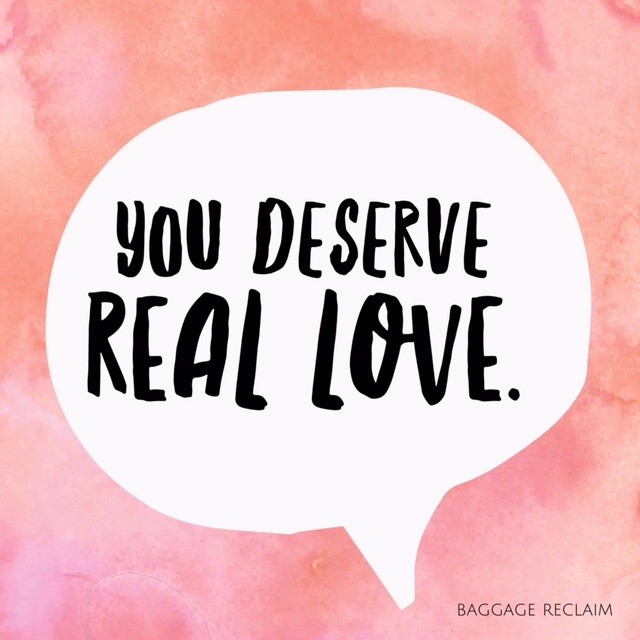 Elizabeth asks: I was in a fantasy and codependent relationship where I kept trying to extract empathy and commitment from a Mr Unavailable. It’s been five months since we split, and three since No Contact. Recently he contacted me but lazily and passive. I responded and he said he wanted to connect but was then avoidant about making plans. We saw each other in public and maybe he felt guilty, because afterwards he he texted me regarding making plans. For the first time ever, I said no. This prompted him to apologise, saying that he wants things to be OK between us, that he knows it will take time, and that maybe it’s too soon. I haven’t responded.

I think he wants me to relieve him of his guilt and be the one to tell him his behaviour isn’t so bad. That said, it is hard for me to let go. When I said no, I did get different behaviour from him. Could he actually be less of a Mr Unavailable, it’s just that we are just misunderstanding each other? I am afraid he is starting to show interest in other women. If so, how can the reasons he gave about why he didn’t want to be in a relationship, be true?

Sometimes we don’t see the wood for the trees. We can find ourselves in the most dysfunctional of relationships and when it finally ends, we latch on to anything but the truth, pondering stuff like, “Is it because I didn’t answer the phone on three rings or reply to their text in a nanosecond?” or “It’s because I wasn’t sexy/attractive/smart/rich enough” or “If only I’d let them have sex with whoever they like or agreed to threesomes, we’d be living happily ever after.”

We also take a trip to Planet Nonsense & Effery where we actually start to believe that we can Jedi mind trick people into becoming the person that we want or into coughing up the relationship we want—“If I act like I have boundaries, maybe they’ll spontaneously combust into Prince/Princess Charming”.

The problem with your ex, Elizabeth, isn’t that he might be showing interest in other women [now that you’ve said no one time] or that there was some sort of ‘misunderstanding’; the problem is that you were involved in a fantasy, codependent relationship with a Mr Unavailable who lacked empathy and dodged commitment. You were in a relationship that could not go anywhere and had to go No Contact. It wasn’t just a dream; it was real. Now, because you said no one time, it’s like you’ve forgotten what the deal was.

If you have to force someone into being empathetic, it doesn’t bode well for your respective futures. If anything, trying to force somebody to be empathetic screams a lack of empathy for you.

The more you try to convince someone of something or into being/doing something, is actually the less convinced about yourself that you become.

No one truly feels loved, cared for, trusted, respected and on the same team going in the same direction when they’ve had to fight for something that really needs to be given freely. Where do you draw the line with the person you’re trying to ‘extract’ a commitment from? Would you be OK with dragging every future decision out of him?

What you really need to be taking a closer look at is:

A fantasy relationship indicates that you were not keeping it real and that you were avoiding intimacy. It’s easier to pursue something in your head than it is to show up in reality.  It’s as if you think it’s less painful to get hurt this way than it is to put you out there in a real relationship. I suspect that you don’t feel worthy of real relationship or a healthy partner hence why you’re reducing you to this painful scenario. The more that he acts up and strays from the picture in your head, is the more pain you experience.

What has gone on before this relationship that has you avoiding whatever it is that you’re afraid of?

If you’re still on some level looking for validation from a parent/caregiver/bully/ex, that is showing itself in this relationship.

It would be better to face that old pain than to continue chasing this guy and exacerbating the codependency.

Incidentally, even this whole thing about him showing interest in other women is a fantasy. It’s a story you’ve come up with that validates your negative beliefs about you—It’s my fault that he’s unavailable, I’m not attractive enough, I should have tried harder, The “right” woman would make him available—but also gives you the perfect excuse to go back and start the cycle again.

You need to learn how to take care of you. Instead of taking responsibility for others past and present, you need to take responsibility for how you feel and want to continue to feel. Yes, he’s a pain in the bottom but he won’t be if you stop treating him like the centre of the universe and trying to make him give what he doesn’t have.

If anything, he’s showing you that whoever it is that you blamed you for them not being what you wanted in the past, that it’s not your fault—here’s someone else that’s unavailable, unempathetic etc and he’s not your parent. Release your younger self from that blame and you will be able to let him go.

He hasn’t changed. Even if he’s sniffing around someone else, which he may well be because Mr (and Miss) Unavailables do tend to want to keep a spare (or few) in their back pocket just in case one option is removed, the fact that he’s engaging in the way that he is suggests that you have very good reason to be and stay No Contact.

If they feel out of control, they’re chasing you, not because they want you but just to be back in control. What are you going to do Elizabeth? Do No Contact every few months and say no until the end of time to get him to come to heel?

This relationship is a call to action. Relationships expose our wounds and offer up guidance on where need to heal and grow. This man isn’t the love of your life or that special for that matter but he is showing you that you need to face the source of your codependency habits and work on addressing the old wounds that you keep trying to fix via your relationships.

You’re two separate people. You’re not ‘misunderstanding’ each other—you’re misunderstanding the feedback from this situation. You’re misunderstanding your part in this situation. His unavailability is his issue and your unavailability is yours. You can’t fix him and he can’t fix you. It’s because he’s unavailable why you’re giving him and his shenanigans the time of day in the first place. Instead of distracting yourself in him, face what’s really behind your choices so that you can be free to be available for a truly loving relationship.

Have you tried to drag commitment and empathy out of a partner? What would you advise Elizabeth to do?

If you have a pattern of being involved in fantasy relationships, do check out my book, The Dreamer and the Fantasy Relationship.

Each Wednesday, I help a reader to solve a dilemma. To submit a question, please email advicewednesdayAT baggagereclaim.com. If you would prefer your question to be featured on the podcast, drop a line to podcast AT baggagereclaim.com. Keep questions below 200 words. For in-depth support, book at a clarity session or coaching.

Attraction: 4 key things that make you attractive...or unattractive...
Is It Time For You To Opt Out of The Disappointment Cycle?
10 Things You Can Learn About Cheating from the Tiger Woods Saga
Share this...