Podcast Ep. 138: Why Are Some People So Averse To Respecting Other People’s Boundaries? 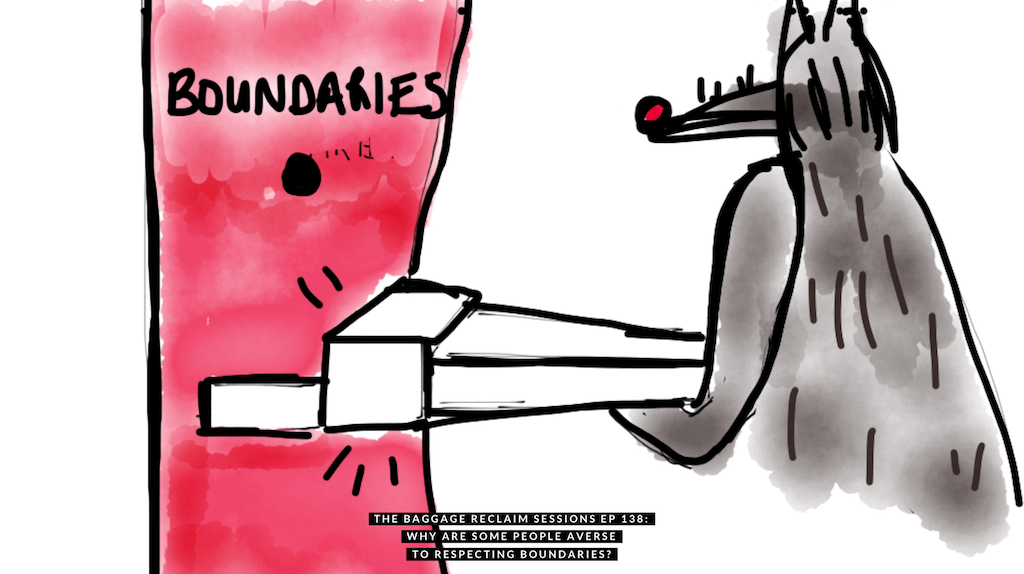 In an ‘ideal world’, everybody would behave themselves, as well as have no baggage, no issues, no anything that gets in the way of having boundaries. But that’s not how life works. What we tend to do in response to someone’s aversion to having healthy boundaries is blame ourselves or assume that their specific intention is to make our life a misery. In reality, there’s something altogether different going on behind the scenes, and in this week’s episode of The Baggage Reclaim Sessions, I explain the eight key drivers of boundary-resistant people. I also delve into why it’s not just us that they have a boundary issue with, even though we often want to convince ourselves that everyone else is getting a much better deal.

Why some people don’t respect other people’s boundaries

When someone is disrespecting your boundaries, and you’re, for example, still chasing after them, blocking and unblocking them, sleeping with them and basically giving them the time of day, they don’t need to be around you. Knowing that you want them, that you are suffering, is as good as having you.

Our healthy boundaries limit the impact of other people’s boundary issues.

Podcast Ep. 251: Spotting a Romance Scammer
Can you stay friends with Mr Unavailables & Assclowns after you break up?- Part Three
Podcast Ep. 261: What Does Punching Below Our Weight in Dating & Relationships Mean?