Reader Question: Should I Wait for My Separated Guy? 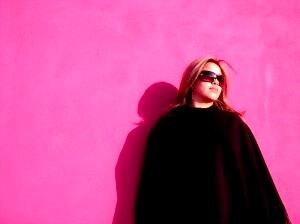 Renee asks: I got talking to this really lovely guy at work event just over a year ago. We connected I think because we like a lot of the same things, similar backgrounds, and I definitely felt a connection between us and when he asked me for my number at the end of the night, I thought nothing of giving it to him. We went on several dates and it was only then that it transpired that he is separated from his wife. They’ve been married for six years, no kids, and had been separated for about three months when we met. To say I was shocked and disappointed wouldn’t even cover it, but I was already falling for him and he said he’d been afraid to tell me in case I turned him down. I asked for some space to get my head around things and at first he left me alone and then he called and called and eventually I caved.

At the time, he assured me that the divorce was definitely going ahead and there was no chance of reconciliation. He said they’d grown apart, they wanted different things, and just couldn’t see eye to eye about a lot of stuff. I took him at his word but a year on, they’re not divorced yet (or even close) and twice he’s said that he’s crazy about me but that he thinks he should give his marriage another shot. He then claims they’re working at things but keeps calling me. The first time it happened was devastating and the second time, I lost it with him, and yet…I’m still waiting for him to do the right thing.

I would never have got involved with him if I’d known that he was separated and I certainly wouldn’t have stayed if I’d known it was going to be like this. I don’t know what to do. When I try to get something concrete from him, he tells me to stop pressuring him and that “Six years is a long time you know Renee! You can’t just expect me to throw it away!”. I’m crazy about him and I don’t want to feel like I’ve wasted a year – I’m 38, I don’t have time to waste! But I don’t want to be treated like this either and I’ve been reading your site and am worried I’m with a Mr Unavailable. Do you think I should wait for him? What if he just needs some time?

Renee, I have two words for you – Get.Out. Actually, make it three – Get.Out.Fast.

I don’t want to rain on the parade of separated folk everywhere but there is a reason why they’re ‘separated’ – it’s because they’re not divorced and are still married, and that in itself adds a complicating factor to any new relationship they get involved in. I’m not saying that separated people can’t date, however, many separated people start dating and think later.

The separated people that are dangerous to date, overestimate what they think they’re capable of being involved in and how genuinely interested they are in you, and then start backtracking quicker than you can say ‘But I thought you said you were getting divorced!’.

In your case, it’s a bit like a violation of the trade description act. You’ve brought a product under the impression that it is and does as described and have discovered that it doesn’t and are the disgruntled customer who wants what she paid for – the man you met is not on offer.

The man you met a year ago, was footless and carefree on a night out. He was charming, appeared to share the same interests, and you seemed to have similar backgrounds. He was supposedly single and eager to date you. He just left out the rather hefty problem of the fact that he’s not actually single. He’s married, separated, and in spite of the fact that the divorce was supposed to be definite, it’s not so definite that he can’t park you in limbo land whilst he asks for some ‘time out’ to go back to his wife to work on things.

You’re an ‘option’ to him. He’s keeping you on ice and should he ever see fit to leave his wife, he wants the assurance that there is someone else out there pining for him and believing in a future with him. Mega ego stroke alert!

You should never allow yourself to be regarded as someone’s ‘option’.

Your relationship with him started out being based on a lie and he himself didn’t believe in how over his marriage was because he didn’t see fit to tell you until you were already emotionally invested – but you were invested in what you thought was a single man. It’s not a little omission – it’s a big one that fundamentally affected the ability for your relationship to progress.

The trouble with this deception is that by not being upfront he removed the right for you to decide what you 1) want to be involved in and 2) what you’re comfortable with. You probably would have proceeded more cautiously and asked more crucial questions and opted out when it became apparent that this isn’t a healthy situation to be involved in.

But you want to know if you should wait – that’s the last thing you should do.

When you wait for non-commital guys, they continue to believe that you’re an option but they also feel no great impetus to change.

They get to fanny around in indecision whilst you sideline your life and put a serious dent in your self-esteem waiting around for them. It’s draining and demeaning to wait for someone to choose. If he’s going to leave and divorce her, he’ll leave and divorce her. He was married and separated before you met him – him divorcing shouldn’t and isn’t dependent on you.

The fact of the matter is, he said there was no chance of a reconciliation but he’s gone back twice and the divorce is in no danger of showing up. If six years is such a long time and he’s making dumb, patronising statements about you expecting him to throw it away, why is he around you? Six years is always going to be six years. On the basis of that reason, he’ll never divorce her.

People that are working at their marriages, don’t keep calling up someone else to make sure that they have all of their options covered. Even when he says he’s giving his marriage another try, he’s uncommitted and can’t even work at his marriage without creeping around calling you!

You say you don’t have time to waste – whilst we can’t know all that lies in store for us when we become involved with someone, the idea of those early weeks and months of dating is to work out whether you should proceed ahead and whether your early perceptions hold up, or whether the reality is very different and you should halt, or abort the mission. Whilst he is leading you up and down the garden path, ultimately it’s you who is going back and not heeding the warnings of his flip flapping behaviour.

If he’s really getting divorced and he really wants to be in a relationship with you, tell him to come back when he’s free to be with you properly and accept nothing in between that because you’ve already tried that and it hasn’t worked and how could you trust that he wouldn’t continue to flip flap back to her?

You don’t have to treat this guy like a last chance saloon. I wouldn’t even begin to suggest that dating is easy, because it’s not, but this is not the type of compromising you should be getting involved in. Being with this man has you being and doing things that you are not comfortable with and are not representative of your values.

You’re right to question what he’s doing but he has given you an answer even if it isn’t directly and whilst I appreciate that you feel emotionally invested in him, his marriage takes priority. That in itself gives you an answer.

You may have plenty in common on the interests front but on the value front and what you both want at this time, you’re incompatible and that’s what counts.

Don’t make the mistake of assuming that just because he’s been married before that it must mean that he’s capable of commitment because plenty of people get married without being capable of actually being committed.

I don’t think that he needs more time and you have to ask what you’re giving him time to do – to make up his mind about you? To try out his marriage again?

Don’t wait and don’t give him more time – they are two things that he’s already had and it’s not giving you a great result. Take action and get on with your own life. If this is real, it’ll still be real when he’s divorced. If you stay and wait, you won’t like who you become and if he finally divorces, you might feel like you got the booby prize.

Your thoughts? Have you waited for a flip flapping separated guy? What would you do?

Attraction: 4 key things that make you attractive...or unattractive...
Why avoiding rejection actually opens you up to more & why it's not always 'rejection'
Passive Aggression in Relationships - Part 3