Rescue me! Are you in pursuit of the happy ending? 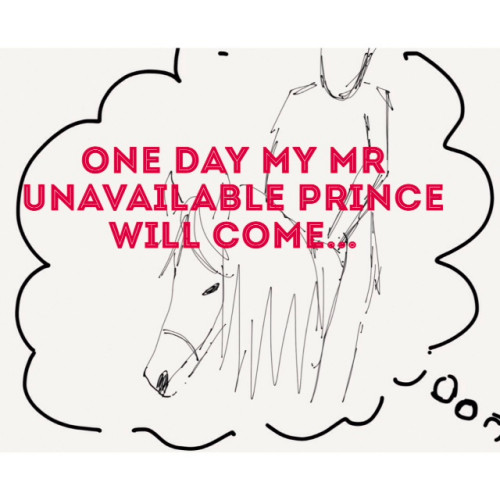 I used to be in love with being in love. I’d get high on the possibilities (reality was my comedown) and pursued a happy ending – I wanted the plot that was my life to reach a happy conclusion. I wanted everything I’d been through including unhealthy choices to pay off or even be rewarded with me being loved and validated by my atypical type of partner (typically someone who was unavailable and anything but a ‘partner’).

The idea was that they’d fill up my void and solve my mummy and daddy issues. In all honesty, growth and taking a little time to work out who I was, didn’t factor on my agenda. I assumed that any unproductive habits of thinking and behaviour would melt away with the glow of love or that I’d be able to hold onto the habits because a man would provide a shelter from me having to look too closely at me. I figured that I’d know who I was once I was ‘chosen’.

I wanted to be rescued. I went from being a kid imagining that the king of Zamunda or whoever was going to turn up one day and claim his precious missing daughter, to imagining that someone of the species with a penis variety, would do the equivalent of blazing in on his white horse and whisking me off into the sunset for the happy ending that so many of us have been sold and been reselling to ourselves.

It’s this idea that life and happiness is a destination. Apparently life begins when you’ve coupled up and been ‘chosen’, preferably by somebody who you’ve had to do hard labour for and have had to battle against the odds.

There’s this assumption that people who are perceived to have a ‘happy ending’, don’t have problems or that at the very least, their lives are made easier, so loss such as bereavements, miscarriages, redundancy, and financial woes, plus health issues, conflicts, rejections, disappointments and basically life is made ‘easier’.

I used to think you could hide from yourself once in a relationship – it’s quite the opposite. My own relationship has thrown a spotlight on me and I’ve done a lot of growing up over the years. It hasn’t spared me from parental pain – I’ve been through a lot with both of my parents including having to grieve and come to terms with the fact that whatever I had with him and the extended family is over. That was quite frankly devastating and it happened at a time in my life when I should have been happy – when we were getting married. I’ve grappled with my confidence as well as two major bereavements and it’s only in the past couple of years where I’ve allowed myself to breathe out about the disease I had, even though I’d been in remission for the previous five. My relationship hasn’t freed me of life’s inevitable problems although I am happy and very much here.

It’s important to consider what a happy ending means. Assuming that we’re not referring to the massage related meaning of ‘happy ending’ where the masseuse finishes off with a sexual favour, a happy ending is where the plot concludes in a way that the protagonist successfully concludes their mission, that they triumph over adversity with their problems being resolved, and yeah, often it means getting together with the love interest after dodging various obstacles.

The protagonist wins and often the antagonist meets an ill fate or at the very least, is worse off than the protagonist. If you’ve ever been upset about how a person who treated you in a less than manner seems to have landed on their feet and isn’t meeting a sticky ending, and is in fact proceeding with their typical shady ways, it’s because it feels as if the plot is jacked up. If it’s bewildered you as to why somebody shady seems to have a harem and even sympathy in spite of their actions, that’s because it’s expected that we relate to and sympathise with the protagonist not the antagonist, and this is why you can end up feeling rejected.

In films and books, the plot reaches its conclusion and resolves the issues within around 90-220 minutes or within a few to several hundred pages. Of course life doesn’t work that way. It’s about giving readers and viewers what they want (a satisfying, happy ending) even though it won’t always be plausible (Sex and the City – the ending of the first film…), plus there’s the small matter of it not being real and not knowing what happens after the so-called happy ending.

Many of us still believe in the happily ever after. Plot reaches its conclusion, drama and problems over. Not so.

If you’re in pursuit of the happy ending, it’s time to ask: Do you see this happy ending as the conclusion of a section of your life or as ‘the end’? What happens afterwards (assuming you’re not dead)?

What’s your mission? If it involves being the exception to someone’s rule of shady or atypical behaviour and trying to extract love and validation against the odds as part of a longstanding pattern of thinking and behaviour that’s actually bankrupting your sense of self, be very careful what you wish for and pursue. I hear from too many people who are living the consequences of their happy ending where they’ve effectively been trying to turn pain water into happy wine. They’re pursuing something that others have discovered is a nightmare that they’re now having to escape. They continue with a relationship insanity where they stubbornly pursue a happy ending with an unhealthy situation because they’re insisting that they’re ‘right’ even though this type of person and relationship isn’t making them happy.

There’s nothing wrong with wanting a relationship but you will set yourself up for pain if you determine that you need another person to come along and give you a relationship so that you can feel worthy and whole. It’s not what you want – it’s why you want it.

If you don’t like who you are, once in a relationship, you’ll just not like who you are with somebody else in tow. They’re not going to fix all of your problems and do things that you’d previously wanted to get from a parent. That’s salvation, not love, and being excessively reliant on others leads to anything but happiness.

Even with happy ending plots, the protagonist learns a lot along the way (even if the antagonist doesn’t) so we follow their journey and see how the experiences impact them – we’d struggle to relate and sympathise if they kept doing the same thing on repeat and yet still rocked up to a happy ending. 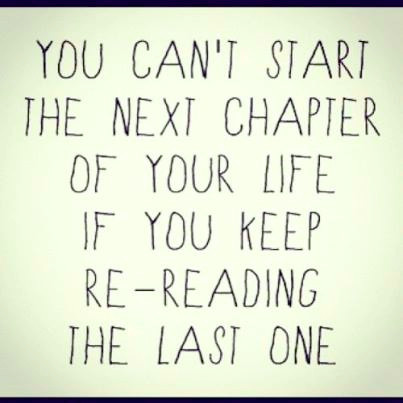 We don’t conclude a chapter of our life until we’ve learned what we need to learn – the lessons will keep coming up until we do – so trying to skate through without learning from the insights we stand to gain from our experiences, isn’t going to cut it. Ultimately, concluding a particular chapter of your life and starting a fresh one with change so that you can be happier is very possible. You can rescue you any time you feel like it – you don’t have to wait for someone to come along to give you permission to start living.

Being mistreated isn't 'evidence' that you've done something 'wrong' or evidence of your worth
Guest Post: Holiday Survival for the Happy Single
Getting Truthful About Your Intentions
Share this...