Is it me, or does he just not want to have sex? 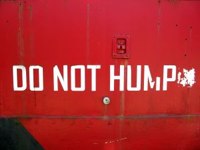 Leila asks “I read your site often enough to know that you have some pretty strong views on men that take more than they put out m, which is why I’m writing to you.

I’ve been with my guy for a couple of years. In the beginning, man he could not get enough of me. He chased and chased me and the sex was off the chains for the first few months.

And then he kinda went a bit cold on me…or should I say ‘limp’ and since about five or six months into the relationship, I am lucky if we have sex more than once a month and when we do, there is a lack of effort or feeling from him.

Thing is, I do love him but I don’t know how much longer I can do this for and I don’t know if he’ll ever be the man I met again. He won’t go for counselling, he won’t discuss it, he won’t do anything. I’m sure he’s avoiding me because we don’t go out as much anymore (we don’t live together) and I’ve even wondered if he’s cheating???? He doesn’t even say he loves me anymore!

This is one of those situations that makes me feel veeeery awkward! There’s so much stuff going on here, I’m going limp! But in all seriousness…

Sex can be an indicator of what is going on in the relationship but it’s what other things accompany the lack of action or how he treats you in the bedroom that make the difference. If the relationship is great in all other areas, then you can normally find a way to handle the situation. If it’s not so great in other areas…you have some other potentially bigger fish to fry…

I think that there is more to this than low libido.

For the majority of the relationship, you have been sexually frustrated. You have spent the bulk of the time in ambiguity land over what the hell is going on with the sexy-time (said in best Borat voice).

I would never tell someone to break up with someone for not getting oral sex….however…that is a big hell no!

Why keep pulling out all the stops showering him with BJs, lingerie, and goodness only knows what else, when he’s not responding??? Hell, if I gave 20 BJs and got nothing back, you can be damn sure that’d be the last one he got!

He doesn’t touch you???? As I said to a reader in one of my consultations recently, go down to your local copying place and have a cardboard cutout of you made up so that you can send it in and save yourself the trouble of being handled in such a demeaning way in the bedroom.

Bad sex, nothing reciprocated, and he doesn’t want to touch you? It makes me wonder what is so enchanting about this guy who also doesn’t seem to want to spend time around you.

It’s not that the guy isn’t capable of being a good lay – he used to be. It’s either that or what was technically ok-ish sex has gone up in your estimations because you get so little of it…

Nevermind the sex–if you guys can’t communicate or find a way to communicate, your relationship will flounder even more than his penis…

It is difficult for me to say exactly what this guy is up to but it does sound like a man who is not in the relationship with both feet. In fact, he’s barely in his side of the bed!

I can’t say if he’s cheating…but it wouldn’t surprise me. Some men find it quite easy to lead double lives and some men find it quite easy to string along a woman for a long period of time, throwing her bone occasionally, but contributing very little. The latter is unlikely to view the ‘relationship’ in the same light and may even rationalise his behaviour by saying that the reason why he behaves as he does is because he hopes that she will get sick of him and finish it.

Over to you, readers. Your thoughts? What do you advise?

Baggage Reclaim is 8 years old and it's the end of my summer break
How do men cope with being dumped?
One Night Stands - To Do, Or Not To Do?