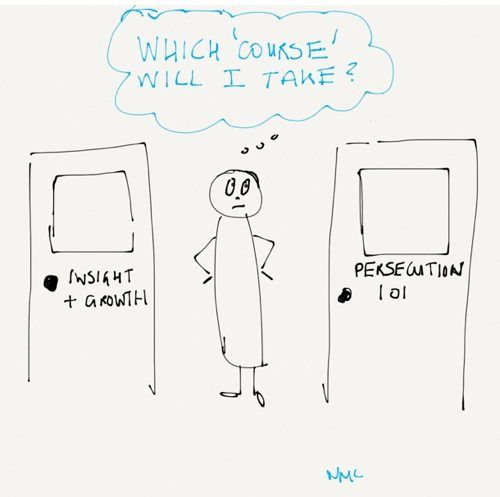 Life in its trial and error way of teaching us lessons, gradually helps us to learn which people in our life are safe to confide in. This is when we trust someone enough to share a private matter, believing ourselves to be safe in the knowledge that it won’t be repeated and/or that it won’t be used against us. When we do confide in someone and it comes back to bite, it can affect our trust, both with others and ourselves plus it can create a great deal of shame.

I know who I can confide in and some people are better at certain subjects in the way that if we were to go on a quiz show with a team, you’d know each person’s strong subjects. I’ll take absent Mr Unavailable father for £1000 please!

People in your Circle of Trust are in effect your team members.

Over the years I’ve also learned through the process of setting boundaries, about the importance of not having a loose mouth. They do indeed sink ships or at the very least, give shady folk the blueprints to eff you over.

I’m lucky that I have longstanding friendships but I have been guilty in the past of oversharing, especially with men. I’m not guarded in a walled manner now but I am more boundaried, in that I’m not someone wearing my problems and insecurities on my sleeve who is also trying to ‘warn’ people about or off me in my own cackhanded way.

I say all of this because a lot of readers do the equivalent of confiding in a stranger that they just met or with someone who has already shown that they cannot be trusted and then spend months or years struggling to recover from the disclosure.

The former wouldn’t seemingly matter so much if the expectations weren’t greater than the true nature of the relationship, and the latter ends up mattering a great deal because they’re disappointed again and likely internalising it as a reflection of their worth.

They may not have felt shame or embarrassment prior to confiding in the person  but now feel rejected or, they did feel this way before and so now have what they perceive as external rejection as well as their own self-rejection.

There are a few things that impact the outcome of confiding in someone:

Who you confide in. Are they known to you? If they are, have they previously chatted out your business or used it against you? If yes, it would beg the question of why you’re confiding in them again? You’re not the chance master! Some people are not good listeners or supporters and yes, that includes your parents! If you haven’t confided in them before but you know them, it’s a bit of a leap of faith and you can only try and gauge signs of trustworthiness.

Are they a stranger? Confiding in a stranger is only safe if by their profession, there is an inherent trust in sharing your confidence, or you’re not going to be seeing them again / they’re unconnected to your circle and even then, you still have to have your wits about you. If you don’t know them particularly well, you can only gauge on signs of trustworthiness. Are they crossing boundaries (yours or others)? You’d be surprised how many people confide in those who are effectively scheming behind someone else’s back.

Don’t make the mistake of believing that because you know that a person is deceiving someone else that they will act in a trustworthy manner around you because they have no ‘need’ to be deceptive.

The content. What are you disclosing? Very simply, if you’re disclosing something that feels or quite simply is big to you, you should disclose it to a ‘big person’ in your life (i.e. someone in your Circle of Trust) or someone who by nature of their position, if they breach your confidence, there’s a professional consequence for doing so. It’s important to consider the appropriateness of what you’re disclosing in the context of other factors such as the person as if you’re technically unloading or even oversharing to a stranger, that opens you up to more negative consequences than if you were disclosing to someone who had earned your trust on merit not bullshit.

How you feel about you. It’s critical when disclosing sensitive information, that you have your head straight about what you’re sharing because nobody can use it against you then. If you confide something in a, ‘There’s my dirty secret – I suppose you want to give me the boot now?’ manner, your attitude to you may end up being more of a red flag than the information itself.

The why. What’s the motivation? Is it because you simply need someone to talk to and they’re there? Is it because you need an unbiased opinion? Are you looking for validation? Are you sharing in a mutual relationship? Are you trying to ‘force ripe’ a relationship by sharing something big? Are you warning them? Do you have a hidden agenda which could be as simple as trying to elicit a particular reaction or as a means of self-sabotage?

Depending on what you’re confiding, it can take a lot to share an aspect of you that opens you up to being vulnerable. You’re human, you want to be liked, loved and approved of and often there’s the fear that by sharing, you run the risk of tarnishing an image of yourself.

When confiding in someone hurts you, it can be because you’re giving you a hard time about having confided. It’s the whole feeling like a ‘fool’ or ‘rejectionable’ and ultimately you’re hating on you for what feels like you breaching your own trust or ‘ruining’ something.

When I hear from people who are struggling to get over the seeming after effects of confiding in someone, what becomes clear is that sometimes we disclose something to someone because by disclosing it, it puts the kibosh on something that we’re afraid of risking ourselves on and then we can focus on how ‘amazing’ things could have been ‘if only’. We get to keep up with this story that we’re telling ourselves, where we can bullshit about having ruined our last chance saloon. Did we? Did we really?

In reality, the fantasy of everything up until the point of confiding, along with the fear of being vulnerable is preserved.

The feelings and excitement of that time can be preserved. It’s possible that the fantasy of the possibility of it may have seemed better than the reality. If we spend months or even years going over what happened, we avoid having to put ourselves out there and risk. We can tell ourselves that we have concrete evidence that it’s ‘unsafe’ and that if we try again and attempt to confide, that we’re going to be hurt.

By raking over it again and again, we trick ourselves into believing that we’ve been robbed and all of the energy we give over to living in the past, takes us out of the present plus also prevents us from having to move on. We also keep reopening the wound and punishing ourselves. Of course we’ll realise that a lengthy period of time has passed and feel regretful that the way we see things or what we’re doing hasn’t changed and this in itself can also trick us into believing that what we felt or what happened was bigger than what it was.

It’s also possible that we’re judging us far more than that person ever did or even blaming ‘the secret’ when it’s not the actual real issue.

In the end we have no choice but to deal with the source of embarrassment, shame and regret and to let go of trying to turn back time.

There is something to be learned from the experience, if we’re willing to reflect with a view to growing, instead of reflecting with a view to drowning with rumination and criticism. You’ve gotta be careful of trying to get a Ph.D. in Persecution….

It’s not easy because there’s a payoff to living in the past and absorbing blame (avoiding something else uncomfortable) but ultimately we have to let go because until we admit what we’re truly avoiding, we’ll keep tricking ourselves into believing that we committed some major crime or  that we missed out on something huge, when actually what we’re missing out on is us and our life.

Advice Wednesday #4: My Ex Exacerbated My Insecurities By Objectifying Other Women--How Do I Move On...
Blame is a decision - make sure you sanity check your decision to absorb all of the blame
Sometimes we prefer radio silence over vulnerability