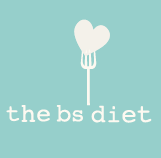 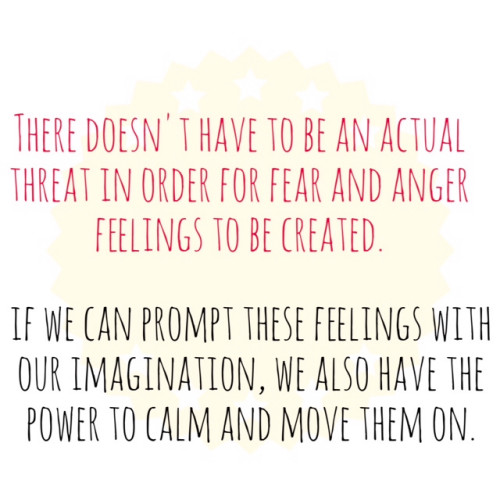 A few days ago, I got a mini telling off from my mother over something I hadn’t done. I instinctively felt defensive when she raised the subject because I momentarily switched to being teenage Nat that felt as if her mother was riding her arse like Zorro with criticism and judgements, morning, noon, and night. That was until I remembered that I’m thirty-six years old… and that she had totally gotten the wrong end of the stick.

Now in olden times, not only would I have felt defensive but I would have responded defensively which in turn would have set her off even more and then it would have spiraled into something far bigger than it needed to be. On one hand, I would have recognised that I hadn’t done what I was being accused of but then on the other, I would have felt wrong and that would have paved the way to all sorts of internal criticism, anger, shame, etc.

Instead, I smiled, tried my best to restrain laughter (the whole thing was ridiculous and she was doing the whole annoying mammy thing of ‘What will the neighbours / family / every Tom, Dick, and Harry and the butcher, the baker, the candlestick maker say/think?’ thing (this could be me in years to come…), and I calmly explained with no justifications the correct version of events.

But here’s the funny thing: She was actually aware of the correct version of events but was telling me off for what she had imagined was going on! What the what now?

That’s when I started laughing and thankfully this diffused the situation because admittedly, if I’d had to keep defending myself for the fact that her imagination had conjured up something, I would have become annoyed because the truth shall set you free. Once you know that you’re off base, let you know this instead of reliving the pain or the perception of the threat. You have to take ownership of your feelings and imagination.

I see this all of the time and have done it myself – I’ve been abandoned, under attack, powerless, and hurt more times in my imagination than I ever have in real life.

When we feel angry and afraid, we can end up imagining all sorts of scenarios that may feel more torturous than the reality of what’s going on. We can be surprisingly adept at creating our own pain. We forget that there doesn’t have to be an actual threat in order to feel angry or afraid.

I remember one reader telling me that she was having a great time with a guy that she was dating but had already imagined the entire relationship and put herself through the torture of an imagined breakup numerous times. Sometimes, when the girls or Em aren’t back home in time, I wind myself up by imagining that something bad has happened. Just like the person who is imagining all sorts of drama (threats) but is afraid of clarifying what’s going on, I veer between fearing that I’ll sound like a lunatic if I voice my concerns, that I won’t be able to get through, or fearing that the worst has already happened.

I’ve learned to recognise when I’m doing this and have dialed it down, waaaay down. It’s not worth the anxiety.

I only have to start reliving the whole wedding debacle with my father and his family to start feeling hurt all over again and it was recognising this last year that prompted me to consciously choose to step away from it because like many people, sometimes I dwell on stuff just to fill in time or even just to have a drama moment. We chase the thoughts and the feelings.  If things didn’t ‘close’ as we would have liked, pursuing our imagined scenerios keeps the case open and our hurt feelings too. There was no actual threat taking place at that moment in time. If I can feel myself getting worked up, that’s my cue to come back to earth.

What these experiences have taught me is that there doesn’t have to be an actual threat in order for fear and anger feelings to be created. If we can create them, we can also make them go away. We don’t have to rely on others to do this.

Our imaginations can do a very good job of scaring the beejaysus out of us and creating Dynasty levels of drama. In our heads, we’re imagining that a person is ignoring us or out to destroy us when in reality, they may be caught up in their own thoughts or not doing what we think that they’re doing. Or the situation may be done already so we may be revisiting it to give ourselves a hard time. Ironically, while we can be prone to overactive imaginations, we can be reluctant to respond to real threats.

For our own peace of mind, it’s critical to distinguish between real and imagined threats and to know when to pull the plug on the drama playing out in our head and come back to earth. We can’t stop our feelings but we can be in control of how much they rule us and how much reality they’re fed.

It’s annoying and frustrating to burn up time, energy and emotions imagining all sorts of injustices, only to discover that you’re way off base. If you find it difficult to admit that you’ve misjudged someone’s actions / intentions or a situation, you’ll find it difficult to back away from your feelings and all of that ‘expenditure’ and instead may persist in trying to validate the rightness of your feelings because you operate on a I Felt As If There Was A Threat and I’m In Pain So It Must Be So mentality. You’ll want a return on investment. Even if, like my mother, you recognise that you’ve got it wrong, you may still feel wounded by your imagination and may want to keep referencing it and saying about how worried / upset / angry you were or just retelling the story of what you’d imagined, and all of this gives more airtime to your imagination and BS than it does to reality.

Believing It's Impossible or Very Difficult To Change? If You've Changed To Accommodate Unhealthy Re...
You're not the only one who's afraid of rejection
Super Late: How we treat time says a lot about how much we respect other people's time
Share this...