Guest Post: You Are Not Worth My Time!! How To Know When To Ditch That Guy 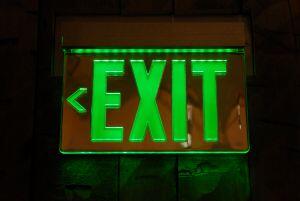 So life is going great. You’re doing the flirting, meeting the people, and enjoying your dates. Then SMACK!..You find a guy that you’re crazy about and your world comes crashing down, but in a kind of good way. You can’t stop thinking about him and the fairytale romance you see in the movies might just be a possibility.

Yep you’re in lust. Some people call it love. I call it  rose tinted wonderland or being on drugs. Whatever floats your boat.

We are too busy daydreaming about how fantastic a relationship with this person will be, that we cant even see that this guy doesn’t know what he wants to eat for lunch, let alone think about anything in regards to a relationship.

But don’t worry; there is hope. Because right now I’m going to give you some tips and hints so that you’ll be equipped with ammunition for when its time to shoot down any potential ideas about this guy and ditch him.

Hey my name is only Hot Alpha Female. What do I know about ditching right? Now I’m not saying that you drop-kick people to the curb for the fun of it but there are some things that guys do that we really shouldn’t tolerate, and girls, sometimes I don’t know why you put yourself through all that emotional abuse.

Its time to wake up and smell the roses which you just found out were FAKE and made in CHINA.

Ok ok so in my heading I say the ultimate guide to ditching someone. Well the ditching part really isn’t that hard. You basically dump their sorry ass. No more time, effort, or attention should be spent on them. I know it’s harsh, but trust me, you’ll thank me later.

What’s more important is actually gauging when someone is treating you bad. It’s about being savvy and smart to what is really going on.

So what constitutes ditching material?

He doesn’t make the effort to contact you regularly. Now if your ideal relationship involves a guy who is only willing to put 10% effort into it, then by all means go for it. But if you are looking for someone that will give you a little more than just the time of day then I would suggest that you reconsider.

Now you just might think that this is a little harsh to ditch someone for but the deceptive thing about this problem is that we don’t make a big deal out of it. We tend to make excuses for the guy, that he is busy, that something big has come up, that he doesn’t have 20 cents to make a simple PHONE CALL TO YOU.
There are a number of reason why he isn’t contacting you. The first one, is simply he isn’t interested in talking to you all the time. It’s only when he is in the mood.

Secondly he is acting up so that you don’t get your hopes up too high. He doesn’t want to be on his best behavior because then he figures you will end up liking him too much ( the ironic thing is that this actually works in his favour).

Thirdly he doesn’t want to have frequent conversations with you because he is afraid you are going to bring up the ‘where is the relationship going conversation’, and quite frankly, it would be less painful to jump off a bridge into shark infested waters!

So here it is girls. Don’t excuse someone’s bad behavior! I have found that if a guy isn’t contacting you regularly and consistently, that he just isn’t that INTO you. I know it sucks and it’s hard to hear but your time is better spent on someone else, more deserving of your love and attention.

Distant and emotionally absent. I hear you guys talk a lot about EUM a.k.a emotionally unavailable men. Well I don’t give them that much credit. I prefer to call them emotionally retarded man-boys. I find it takes them off that pedestalâ€¦.

I know I could write a whole other article about these guys, especially since they royally screw us up, but here is the thing: When a guy doesn’t talk about doing things with you in the future, or doesn’t introduce you to his friends, or include you in his life after you have been seeing him for at least 3-4 months, there is something not right about him.

I am very cautious around these types of guys because you can become very emotionally invested in them. Its something about their unpredictable nature and their ability to constantly be a challenge that keeps you hooked. Don’t fall for it girls. Because you will lose every single time. Guaranteed.

With that said I am going to leave you guys with this thought. While the dating game is about meeting a variety of different people and getting to know them, ironically the one person that you have to know the most is yourself.

It’s important to remember what we deserve and how we should be treated.

It’s important to remember our dignity and value our self-worth.

It’s important to remember that we should not settle for anything less than the best.

With that in mind, remember the criteria, know what you want and deserve and go get-em!

Mistakes Women Make With Men
Boundaries regulate our inner narcissist
Why don’t they want my love?