Advice Wednesday: I Tried To Escape My Grief With An Affair–What Do I Do Now? 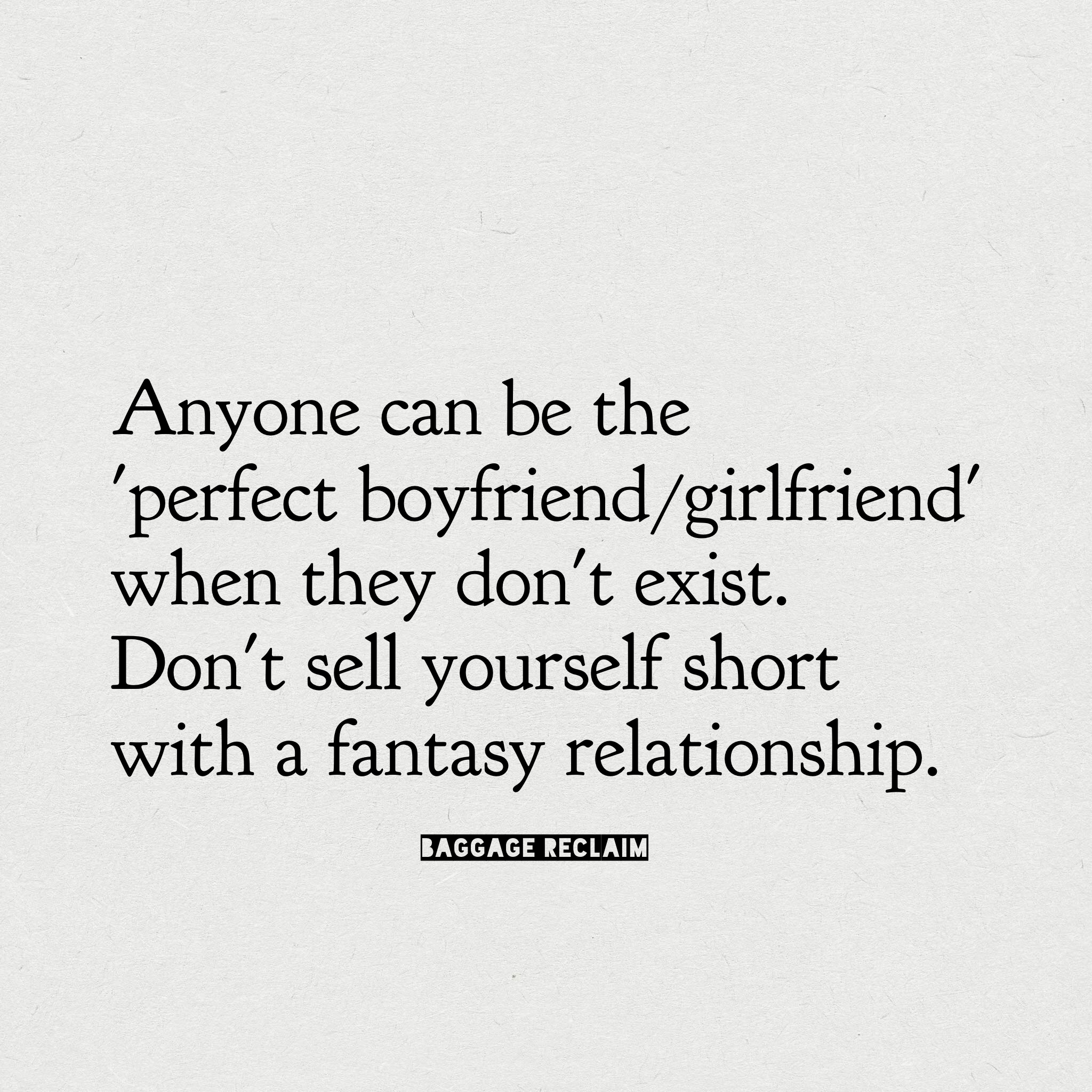 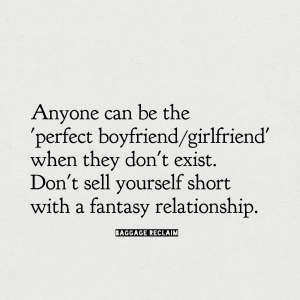 Salma asks: I recently miscarried. My husband wasn’t supportive and we’d been having problems for a while. I felt useless, ugly and to cut a long story short, ended up meeting an attached man online. I told him I was not looking for anything but friendship but he pursued me for weeks until I gave in – and he didn’t just want my body, he wanted my heart. He wanted me to leave my husband and pretended to be upset when I said we were going to go for counselling. He paraded as the perfect boyfriend… but there were a couple of times he blew me off, including one day we were supposed to meet in his city but instead I was left alone with nowhere to stay and didn’t hear from him until some rubbish in the evening.

After that, I ended it, despite his excuses to try to keep it going. I have occasionally stalked his girlfriend’s Instagram since, which gave me all the answers. He was of course manipulating me all along. I realise now he was with her that day he abandoned me and that he had instead driven 150 miles to see her and knew what he was doing to me. I’ve blocked both of them on social media, but I feel so devastated and don’t know what to do with myself. My friends are supportive but not with me all the time. I am trying to work on things with my husband but I feel like such a moron. Please help.

I’m so sorry for your loss, Salma. Miscarrying is a traumatic loss that’s so under-recognised, with many women feeling as if they can’t talk about it. This can be incredibly isolating.

One of the toughest places to be emotionally is to feel as if you’re struggling or even drowning and yet your partner either isn’t noticing or is standing there watching but, how you feel and perceive might represent what the person is doing but equally it might not.

Many of us fall into the trap of expecting our partner to mind read or to get it “right” even when they themselves are flailing. We get mad at them for disappointing us by not being perfect and for not being able to intuitively understand everything we need without us having to be vulnerable and show and tell.

You were looking for more than friendship when you began communicating with the Other Man. You wanted to feel purposeful, interesting, attractive and hopeful–the opposite to how you feel in your marriage.

You have looked for an external solution to an internal problem (the relationship itself and the inner turmoil that you’re going through). He was someone to numb your pain or to act as an ‘upper’.

Anyone can be the “perfect boyfriend” when they don’t exist, which is what happens when you’re in a fantasy situation and that includes when it can’t be a real relationship because neither of you are ‘out of contract’ from your existing relationships. It’s a bit like how some people look like the perfect candidate for the job until they actually start doing the job. He was “perfect” until he had to be real.

This was a simulated relationship and that was part of the attraction.

It’s important to acknowledge that he has been manipulative and preyed on your vulnerability, having scant regard for how his games added to your trauma. He gets off on believing that he has the power to ‘own’ another man’s wife and he’s gets as much if not more security out of knowing that he could have you versus being with you in reality. You have been his own safety net and escape.

You are not responsible for his actions but if you don’t acknowledge that you weren’t really looking for friendship, you will keep victimising you. You will keep thinking and doing certain things and then calling them what he’s doing.

Recognising that you wanted to feel alive, attractive, purposeful and more, and that this motivated you to look outside because you were hurting and couldn’t be vulnerable with your husband because you were too angry with him and yourself, prompting you to protect you via this affair so that you could feel safe in dealing with your husband while having a safety net, means that you can take responsibility for your part with compassion.

You are not the first person to feel lost, lonely and overwhelmed by pain and it has caused you to do something that you regret, hopefully for the right reasons. i.e. not because it didn’t work out but because it was the wrong choice from the outset.

Acknowledging the journey you made to the set of choices will reveal the baggage behind it and it will show that you are far from being a “moron”. When you stop lying to you about him and about you being “useless and ugly”, you will begin to heal. You will start to see what this is all about.

What you’re looking for is inside you and your relationship.

All that glitters is not gold. You checked out because your husband did not say the right words or do the right deeds at the right time, which you have inferred as meaning something awful about you instead of recognising what this teaches you about him or what’s needed in your relationship. You then took up with Hollowman who said all the right things and simulated a perfect boyfriend, only for him to flake out on you.

Be thankful that he stood you up before a few wrong turns became a major pile-up.

Your husband has disappointed you in what has been a very difficult time for the both of you. Undoubtedly you are feeling the loss physically, as well as emotionally, mentally and spiritually and it will be felt differently by you but that doesn’t mean that he’s not feeling and grieving or even that he’s not having his own moments of feeling “useless” and any other criticisms he may have of himself. Your husband may be failing to meet your expectations but it doesn’t mean that he’s a failure just like you having a miscarriage doesn’t make you a failure. Trying for a baby can take its toll on even the most healthy and loving of relationships due to the expectations and the lack of control–we expect things to go a certain way, on a certain schedule and attack ourselves when it’s harder than we imagined or we experience loss.

You keeping your disappointment to yourself and/or not telling him what you need out of fear of maybe hurting his feelings or even fear that he won’t be able to do it to the fullest of your expectations, will be far more damaging to your marriage than speaking up, or the intimacy of navigating grief and expressing your innermost feelings and thoughts even if they’re not ‘pretty’, or allowing each of you to try and get things wrong in the process of trying to figure out how to get things more right.

I don’t know what the other problems were but assuming that he’s not shady and that you’re not incompatible [because obviously neither an affair or having a baby is going to solve that], it’s time to recommit to your marriage with love, care, trust and respect.

Please continue with counselling. You might benefit from some individual sessions as well as miscarriage support (utilise whatever is available). This is where you can also discuss your options for working through the affair and hopefully you can both recover from both of these traumas together. Support you with self-care, so give your mind, body and emotions what they need.

You are the one who is abandoning you in your time of need and yes, you do need the support of loved and trusted sources as well as any professional help you can get, but this is only going to make a difference when you support you.

It’s wise to have stopped the prowling on social media (it’s just a distraction from your feelings and more pressing issues). From here it’s about acceptance, the choice that gets you out of stuck and on the move again.

Accept that this guy isn’t the man you assumed him to be but also accept that your husband isn’t perfect but that he also might not be viewing you as badly as you do. Accept your loss so that you can honour it with love, care, trust and respect rather than what will become the almost dirty pain of trying to escape it with toxic choices.

10 Signs That A Guy Wants You Just For Sex
Guest Post: Real Life - I Married a Serial Cheater
Podcast Ep. 118: Being Yourself - Will The Real You Please Stand Up?
Share this...