Advice: Why is he having sex with me if he doesn’t want me and knows how I feel about him? 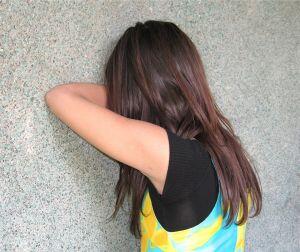 I met a man who is the cousin of a good friend in June of 2007 and have been on an emotional rollercoaster ever since. I have totally fallen for him to the point of obsessing.

From the outset of us meeting, he mentioned his ex-girlfriend, who also happens to be the mother of his first child. (He has two children by two different women.) He told me that he has been single for nine years; that is when he and his ex-girlfriend broke up. As I got to know him more, I noticed that whenever he would drink (he also has a drinking problem), he would always mention his ex. He says that she kicked him out of the apartment, (he had been cheating on her), and when she broke up with him, she broke his heart and he hasn’t been the same since.

He says since then, he has never been in another relationship, and he has never loved anyone else. (He does not recognise the situation with the mother of his second child as a valid relationship; he says he was just ‘having fun’ with her.) He tells me these things about his ex (and family issues), mostly when he has been drinking, then he has sex with me and tells me how we will be a couple, to just ‘give him more time’, because he has a ‘lot of issues’.

If I don’t call him, I don’t hear from him. Once in a blue moon, he will call me, usually after he has been drinking. Whenever he wants to see me, I can never tell him no; it’s as if I am addicted to his emotional unavailability. I feel like if I could just be with him ‘one more time’, he will have some sort of epiphany and realise that I am the one for him. Every time we connect sexually, or spend any type of time together, I feel like we are growing closer, but as soon as he leaves me, it’s like out of sight, or of mind. I never hear from him for weeks, until I break down and reach out to him, and the cycle starts all over again.

I have told him how I feel over and over again. I have been very clear in terms of what I want from him; a real relationship, inclusion in his ‘world’, quality time, attention, and most importantly, his love. I have tried so many times to leave him alone. I have written him the ‘dear John’ letter. I have texted him and told him both in person and over the phone that I need and deserve more; and I can’t keep doing this with him anymore.

Yet, whenever I run into him (which I sometimes do because I am close friends with his cousins and friendly with his family), he always finds a way to squire me away and we always end up having sex. Or, sometimes, I breakdown and call him, and figure out a way to see him, and we end up having sex. And, as always, it ends up the same way; he tells me how much he cares for me, how special I am, and how I have a pure heart, and he doesn’t want to hurt me. I don’t understand how he still sleeps with me knowing he cannot give me what I want.

In his defense, he has told me that he does not want a committed relationship; he has a lot of emotional baggage, a lot of which has to do with the mother of his first child, who I believe he still loves nine years later ( He vehemently denies this). He tells me that the reason why he does not call me is because I am not like the other girls he sees. I want more, and he is not ready to give me more, so he stays away. Yet on New Year’s eve, I saw him ( I brought in the new year with his cousins). He told me that he was taking me home, as I was drinking and he did not want me to drive. We ended up having sex in his truck.

If he cares about me, and does not want to hurt me, then why would he keep sleeping with me knowing how I feel about him? I feel so helpless, like he is some sort of drug I can’t say no to and I find myself sobbing unexpectedly sometimes when I think about him and this whole situation because I know that we will never be. I feel like I am slowly going crazy. I want this to stop. I want to be over him once and for all, but I don’t know how to stay away.

NML says: The reason why he keeps having sex with you is because he can and because you let him. You don’t need a conscience to have sex and if you had the opportunity to have your cake and eat it too, you’d help yourself to a big slice of cake. As far as he is concerned, he has told you what he wants and doesn’t want, and he has shown you that he is very poor relationship material and very clearly still emotionally tied to his ex.

It’s not about whether he loves his ex; it’s about the fact that he uses the fact that she is his ex to distance himself from the possibility of a relationship with anyone else and to absolve himself of any responsibility. He may not even want her but many emotionally unavailable men do the ‘This One Time In Band Camp’ act which is trotting out the same lame story about something or someone that has hurt them and how they prevent them from feeling and engaging in relationships properly. Sometimes it’s true, often it’s not, but the point is that from the moment that a man conveys this type of information to you, it is game over, no credits.

You are wasting your time and you’re putting the onus on him to walk away from you because you’re addicted to the drama and ambiguity of being with him. You feel helpless because you are absolving yourself of the responsibility for your relationship choices and you also feel helpless because of this addictive feeling. YOU are very clearly emotionally unavailable and your sense of self-worth must be really low if you are prepared to let this man use you and drop you at will whilst he witters on about some other woman and talks about ‘others’.

You don’t want a committed relationship and to be a part of his world because if you did, you wouldn’t flog this very dead horse. But I understand how you can find yourself in this position because I and many other women have been here, and many will come after you. You are validating yourself on the basis of how he treats you, hence in your mind, if you can successfully attain him, bingo, you’re worth it. But obviously, this relationship is doomed and you’re going to come out of this wondering what the hell is wrong with you and why he couldn’t choose you. For him, it’s not about you, it’s all about him. You just make it easy for him to continue his poor behaviour. On the flip side because you keep chasing him and sleeping with him despite what he knows he’s told you and shown you, he also recognises that you can’t possibly want more and that you can’t feel too good about yourself if you’re prepared to be with him.

Stop waiting for his epiphany moment because you may be old, grey, and dried up and STILL he won’t have it. Wanting more from this guy after the way he has behaved is like closing the door after the horse has bolted. Actions speak far louder than words and he has shown you what you’re going to get from him. Stop betting on potential, stop trying to change him, and start focusing on yourself.

Right now, this hanging with his cousins mallarky is intrinsically tied with your relationship with him and until you can get some distance and objectivity from him, I suggest that you do a bit of cold turkey, have a break, and attempt to get to the bottom of why you would choose to be with a man who so very clearly doesn’t care about you.

Never, ever, mistake sex for an indication of how much someone wants to be with you. You might think he is addicted to you because he’s not leaving you alone and he keeps coming back, but sex is just sex. You’re committed to his penis and that’s about it…. It confuses things, it disarms you, and some men use it as a weapon to keep you emotionally tied in. Put yourself on lockdown, tape your hands to your side, and stop contacting this man because you’re throwing yourself at a man that doesn’t deserve you. You must take responsibility for your part in this and accept that if you want better, you want out, and you want to feel good about yourself, it is down to you and only you to extricate yourself out of this madness. Stop feeling helpless, toughen up, and tell this guy to beat it. In fact, you might not even need to tell him, just cut the contact! You know it’s never going to work so you need to accept this, it’ll hurt in the short term but you’d be surprised how much better you feel when you tell these men to BEAT IT!

Recommended reading
Boomerang Relationships and The Yo You Girl

The 10 Commandments of Breaking Up

Why Rebound Relationships & 'Florencing' Are Like Hospital Stays Or Retreats For The Emotionally Wou...
Understanding Why Dating Several People at a Time is Messy & a Sign of Your Emotional Unavailability...
Guest Post: Tips For Avoiding Mr Unavailables on Dating Sites