Breaking Up and Moving On By Cutting Contact. Part 3 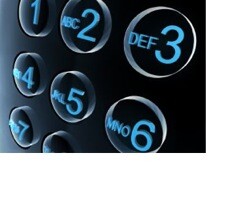 I won’t lie to you ladies; initiating and maintaining the No Contact Rule is hard. You need to grow balls of steel to support your willpower and be prepared to suffer the short-term pain for the medium and long-term gain. The No Contact Rule (NCR) is about putting yourself first and you need to do it because you’ve allowed his needs and inability to give you what you need and want to be placed at the centre of your universe.

Do not bother with the NCR if you are hoping to get back together with him because you are clearly not ready to cut the contact and make a run for it.

So how do you ensure that you ‘break’ and move on?

Ashley suggests ‘I handled my NCR recently by going a minimum of 60 days of ‘no contact’ and I kept a log/journal that also incorporated some goal setting too. What that did for me was help me focus on things other than not being in contact with my ex and it also helped me express the emotions I was feeling about it. It was interesting to be able to look back and see my progress into a stronger person that felt better about myself (and indifferent about him).

Put on your favourite feel good, independent woman song, turn the music up loud, and verbally vent out your frustration. Sounds crazy but it’s great for releasing pent up emotions and you start to get a sense of humour about the whole thing. Oh and your neighbours can’t hear you talking to yourself. If you’re crazy like me, you’ll do a little dance too. ‘Since You’ve Been Gone’ by Kelly Clarkson is a great one but I’ve done it to ‘Proud Mary’ by Tina Turner too!

Write ‘Don’t call {insert name} on a Post-It and stick it to your phone, mirror, and anywhere else that helps you visualise. Or write it in lipstick on your mirror. I know of people who literally littered their homes with messages and it works.

Some people need reminders of the ‘Big Whoppers’ –  the horrible things that they did. Type up the short form of each offense and print it out in a decent sized font. For eg. ‘Stood me up six times’; ‘He has never delivered on any of his promises’; ‘He’s a selfish, inconsiderate, crap lover’ or for those of us with a killer vengeance ‘His d*ck wasn’t that big anyway!’ Then stick it up somewhere that you can see them. Or create a screen saver.

NY Sharon suggests ‘On a small card, write a brief snapshot list of memory triggers for you on the worse things he did or a mind imprint of something hurtful he said. These should be the ones that evoke the most terrible emotions from you. Keep this list in your purse and copies in other places for easy access.’

Clear out everything that is associated with him. It might not be much, especially if he is the atypical type of Mr Unavailable, but put away the photos, give away his stuff to charity, or just plain old put it in the bin. If you are going to return it, do it at the beginning of the NC period and ideally do it by post or just leave it on his doorstep in a box.

Take a break from dating. Dating Hiatuses enable you to reconnect with yourself but they also prevent you from kneejerking into another dubious relationship, they give you time to heal, and most importantly, when things go wrong, you don’t get nostalgic for the guy you are having NC with and end up calling him, or at worst shagging him.

Be careful with alcohol. If you’re the type that calls up your exes when you’ve had a few vinos, it’s probably best to cut back until you have gotten over the urge.

Block him on instant messenger services, block his email, and as one reader suggested, change his name on your phone to ‘Assclown’. Whatever you call him, don’t answer and as another reader suggested, ‘If he catches you on the phone or at work say you’re too busy to talk, I have nothing to say and hang up.’

Eventually you will need to bite the bullet and delete his number.

Screen calls that you don’t recognise the number of or that come up unlisted.

Do tell close friends and family that you no longer bother with him so that they won’t bring him up unnecessarily. NYSharon also suggests getting a sponsor, which can be that one person that you can rely on to sanity check things, who you can call up or meet up with when you feel weak.

Use the time to reconnect with other aspects of your life – friends, family, hobbies, work. When we are messed around by men, something always gets sidelined so use the opportunity to get things back on track.

Write a letter to him but don’t post it. Don’t type, write. This is the opportunity to write a Dear John letter explaining why you are doing the NCR and how you feel as a result of being with him. End the letter positively by saying what you can be and do for yourself now that he is out of your life. This letter is your opportunity for closure but you can also keep it as a reminder of how he has made you feel. If it helps, list everything he has done to hurt and disappoint you. Read it back to yourself a few times. When the time is right, burn the letter. This is the opportunity to cleanse yourself of negative feelings about him, or at least begin the process.

But most importantly, no matter how much he begs, no matter how much he pleads, never feed him after midnight. Just joking! But no matter what, cut the contact. The No Contact Rule is not about finding out what someone will do when they lose their narcissistic fill of attention and panic. It shouldn’t matter what he says or does because you want him out of your life, regardless. He has nothing to offer you and you have so much more to offer to yourself.

The litmus test of the No Contact Rule is that over time you realise that you feel so much better without him in your life.

Good luck ladies and believe in yourselves!

Read Part One and Part Two which also includes more suggestions and ideas from readers.