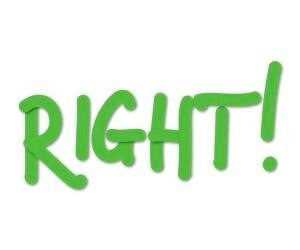 I’ve discovered in recent years that life is about choices and often, when we think it’s others that hold the key to our misery or happiness, it’s actually us. Often, and usually it’s when sh*tty things are happening to us or taking place around us, we don’t realise that we are constantly making choices. Instead, we avoid the responsibility of what realising this would involve and focus on the other party, often placing the blame on them.
As I have said many a time, I used to think I was having an extended run of bad luck with men and relationships, that I had a sign on my forehead that said ‘assclowns and Mr Unavailables welcome’ and that I was being and doing the best that I could be and do, so undoubtedly, I would be rewarded.

I had to face up to some harsh realities, not only when I realised that I was the only recurring character in my soap opera, but that I chased, invited, welcomed, enabled, and massaged these situations with my own mentality and behaviour, and that I was far from being and doing the best that I could. In fact…, I was sabotaging my own outcome, engaging in repeated patterns of relationship behaviour that ensured that I hadn’t a cats hope in hell of happiness, personal or otherwise, or relationship success.

Now if I look back on my past and the people I have been involved with, I can say without a doubt that they were Mr Unavailables and assclowns. If I hadn’t changed, I would still be right in describing them as such, but absolutely nothing would have changed about me and I would still be miserable, probably still be ill, and peeing my life away on jackass after jackass.

For me, it is far more important for me to be happy, alone, with someone or otherwise, than it is for me to be right, or spend my time fannying it away pining for guy’s, obsessing about the who, what, why’s and when’s, and subscribing to a negative mentality that says all men are sh*t, everything is them, I’ve got so much to give, and yada, yada, yada.

If you’re chasing assclowns and Mr Unavailables, you have poor emotional habits, poor relationship habits, and don’t really understand what having a healthy emotional connection is. Much like when we can think attention is attention, we can start thinking that as long as we tag our actions with ‘love’ and ‘care’, that makes it quality love and care.

Ultimately, if you want to spend your life being a responsibility dodger or ‘But Girl’ you can be damn sure that you will not progress. It’s very easy to have all the answers to everyone else’s problems – we can be very quick to list a litany of his faults or even tell girlfriends what their relationship issues are, because it’s easy to feel righteous and right in these situations, but can you be so introspective with yourself?

How willing are you to accept that you may never be able to ‘prove’ what you think and believe about him and extract the right answers, reaction etc from him? How willing are you to realise that being ‘right’ about men who yield poor relationships is a subjective thing? How willing are you to recognise that we choose men that reflect the negative beliefs that we have about ourselves, love, and relationships, which means that whilst we’re analysing the crap out of them and pinning the tail on the blame donkey that is them, the fact that we give these men the time of day is indicative of larger issues with ourselves?

It’s all very well talking, and thinking, but that’s no substitute for being and doing.

Ultimately, if I say to you ‘Yes you’re right. He’s assclown, he doesn’t deserve you, and everything you say about him is correct’, what actual difference does that make? You may feel good for a day or a week, but what then?

Compassion, Empathy, Sympathy, Hurt, Hinting and Kindness - 6 of the most misused words in relations...
Expecting Too Much of Yourself? Read This
Happy New Year (and of course a few words)