Get Out of Stuck! Getting Your Power Back In & Out of Relationships (Part 2) 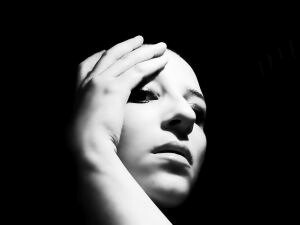 Following on from part one, here are some more key lessons on grabbing back your power

If you are reliant on external factors (ie someone else) to make change for you to feel happier and get what you want, you will feel helpless and powerless because you’re trapped in the inertia of watching for something to happen for a feeling to kick in, instead of making things happen yourself. It’s also indicative of issues with co-dependency which doesn’t leave much room for feeling empowered.

Every single one of you has inner strength that you can draw on – you just need to use it. When I finally had my ‘enough’ moment, I found strengths within me that I didn’t know I had but had always possessed. I couldn’t bear to wait around for the penny to drop, for someone to ‘do the right thing’. My own penny needed to drop and i needed to do the right thing. I didn’t think I could survive and then when I considered the alternative, I knew I had to try.

Don’t ask ‘Where do I find that power?’ It’s there – you ‘activate’ it by using it. Have some boundaries, learn to say no, exercise your judgement, trust your own gut, pay attention to red flags, walk away even though it hurts because you’re acting in your own best interests, tell yourself you can and will do better, don’t have sex to find out if someone really ‘wants’ you, encourage yourself even when you’re scared sh*tless, tell yourself you will survive, tell yourself you are strong, believe that if and when he calls or comes a knocking on your door you’ll be ready for him, believe that if you do see him, even if you quake inside, you’ll handle it. Tell yourself whatever you need to, but make it positive, and get on with it.

Power doesn’t come from thinking, or talking for that matter. I know of so many people that suffer with Women Who Talk and Think Too Much, they could probably power the world with their mental energy. Thing is, it’s all a bloody waste if all you ever do is sit around thinking and talking about things to the nth degree. Make a decision! Get up! Of course things are not changing when you’re sitting there hoping that a magical thought or that one tone or phrase that you haven’t hit upon yet will get the other person to finally ‘get it’. You need to ‘get it’.

If you’re waiting for all the answers, that comfort moment, that 100% outcome, you’re in for a long wait.

You have to take a leap of faith in relationships. You have to line up what you know based on recognising who you are, how you feel, whether you are acting with love, care, trust and respect to yourself, whether you’re getting that from someone else, if you have boundaries, values etc and you have to gauge whether there is enough there to proceed. People who are waiting for all the answers, whether it’s because you’re looking for just one more piece of information to prove he’s an *sshole, or one more piece of information to prove you can take him back, or one more piece of information to determine if you should stay, you’ll always find a reason to ask more questions and to look for more answers because you’re removing your own power by not trusting your judgement, assessing the situation and making a decision. I‘d feel pretty bloody powerless if I was waiting around for something that I didn’t even know what the hell it was.

Minimise your perception of the ‘threat’ so you can increase your perception of your power. You can make something as big or as small as you want to. It’s one thing to have genuine concerns but often, when you’re thinking that you have little or no power, you’re exaggerating the threat.

Imagine yourself as having equal power – because you do. What you think and believe will play out in your actions. If you imagine them as being all powerful and ‘bigger’ than you, then you are automatically cast as weaker and smaller. Remember – if you put people on a pedestal, the only place for them to see you is below them. You’ll assign greater importance to them which includes attaching too much weight to things they say and do and creating an unhealthy balance that’s difficult to recover from.

Power comes from acceptance and rejection of behaviour. Using Mr Unavailable and the Fallback Girl as an example, when he does something and she accepts it, a message is conveyed that the behaviour is OK (even if it’s not) and he adjusts his behaviour to accommodate that new belief. Continued acceptance will continue to feed the idea that the various things he is doing are OK, but remember, she always had the power to reject the behaviour, she just didn’t, and she may think that maybe he wouldn’t be around if she had rejected the behaviour, but she’ll never know because she didn’t try, and she thought the reward of accepting the behaviour would outweigh the damage, when in fact, the acceptance created a knock on effect.

At any point in time, you can change your behaviour (and that of others) by learning what you are comfortable accepting and acting on it.

Understand what you have contributed to the relationship so that you can regain your power. To continue to be blind to your contribution and to continue to believe that your contribution is great or that all the issues are the result of someone else, removes your responsibility and accountability. Don’t continue to be caught up in illusions. Be real about who you are and your relationship because the moment you do, is the moment your power returns and you are in the position to do something about it.

Nobody wants to feel like they are the focal point of someone’s frustrations and disappointments because they feel powerless and will act resistant towards any change, either directly, or passive aggressively.
You feel powerless because they’re not doing what you want – you place too much stock in the misguided belief that being happy and truly loved is about having the power to change someone and have them make you the exception.

Which is actually quite solo orientated and forcing your needs upon someone else. Riding someone’s arse like Zorro about their ‘failings’ and your ‘disappointments’ which become intrinsically linked, is exhausting. Whatever you’ve been doing so far in your hopes of getting them to meet your needs and expectations is not working. Rather than trying to pull a Harry Potter and keep recasting your spell in the hope that eventually the same spell that hasn’t worked a gazillion times will suddenly do it, try something different. If you don’t feel that there is any other way but to repeat the same behaviour again and again, you’re setting yourself up to fail and be powerless. If you’re going to stay, change your own behaviour – don’t stick with the stay and complain route.

Let things be. Try not to have discussions. Focus on your own life – you can be with someone and still get on with doing things that make you happy.

No offence to men, but the sun doesn’t rise and set on them. They’re not a vocation. They are not the fountain of happiness itself. That’s just too much power to give away to anyone.

Your thoughts? If you haven’t seen it yet, check out part one.

Are you doing the other person's 'job' in your relationships?
Why You Need To Drop The 'But nobody's perfect! We all have baggage!' Argument
Don't disregard early warning signs or your gut instincts as negative or judgmental - this informati...