“How could this happen to someone like me?” Erm, because you’re human! 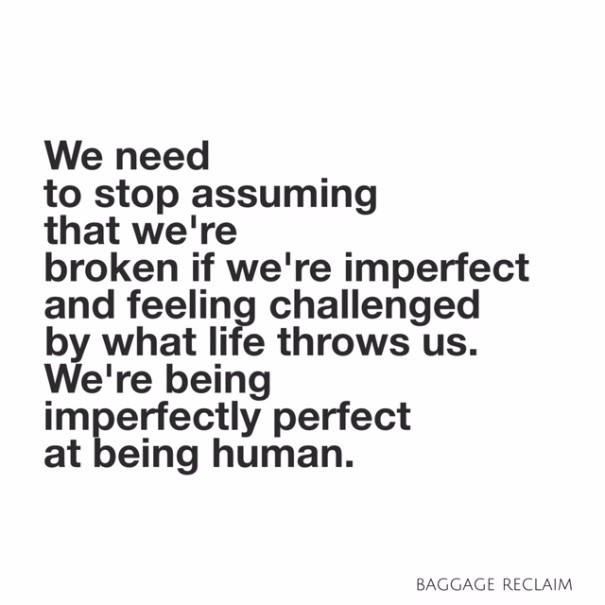 A few years back, I brought my friend along to a meetup with BR readers as she was going through a difficult time due to having been involved in an affair. Part of her struggle was that she didn’t see herself as the ‘kind of woman’ who would get into this type of situation so he must be so special in order for that to come about but she was also feeling the prick of reality that was letting her know that she was in a situation that many millions of people have rationalised to themselves. She was initially reluctant to join us, claiming, “Yeah… but I’m not like ‘them’….” and I gave her the side-eye and stare-down. “And what exactly would that be like?”, bristling protectively for my tribe and actually for my younger self who’d cried on her shoulder many a time when I was in my own affair fiasco. “Well… you know…”. I didn’t and it didn’t take long for her to admit that she didn’t know either, quickly backtracking and realising that none us should be so quick to judge.

It doesn’t take a certain type of person to be single, to struggle with dating, to hold down relationships, or struggle with work dynamics and professional life, or their friendships or family. It takes being a human.

“What does that make me if I ended up with a person like him/her?”, as if to suggest that due to someone disappointing them and maybe crossing their boundaries in a big way, it must mean that they’re not the person that they thought themselves to be.

“I’m an educated woman. How did I get myself into this situation?”, as if to suggest that an education should exempt a person from a crappy relationship. So who’s supposed to get the unhealthy relationships? The uneducated people?

If there’s one thing that life does regardless of money, education, background or even appearance, it puts us through our paces.

All of these things that we go through, are to remind us that not only are we human but to get over ourselves instead of being led by our egos.

Humility, empathy and compassion, both for ourselves as well as for others, is vital. When we self-identify on our personality or other attributes, or we self-define on our pain, we block us from from the lesson contained in the experience because we keep bonking ourselves on the head with our ‘mistake’ or even rubbing our face in it.

We let the ego keep doing the talking and we become disconnected from our true self.

We forget that we’re human and we also forget that others who on some level we’ve been comparing ourselves to or seeing an aspect of us as making us more valuable or less prone to certain things, are also human too. Next thing you know, a narrative is taking hold where we ‘should’ have done this and that because we’re supposed to be ________. This is a very inaccurate representation of events.

One of the things that I’ve learned as a result of my Baggage Reclaim experience is not to make assumptions about what a person who is struggling with something in life ‘looks’ like.

A person does not need to look a certain way or be a certain age, in order to be single or in a relationship. Ask Em – he’s met/seen a number of BR readers over the years and has said how he wishes that people could see how women in particular, who are single or struggling with a relationship look like, because it blows all of the misconceptions and prejudices right out of the water. And actually, women really do need to not only stop being so hard on themselves but also judging other women. It’s bloody hard enough as it is out there without us writing each other off as if we have cobwebs in our knickers by a certain age and are on the scrapheap. We need to stop competing as if women out there are stealing from our ‘supply’, as if there’s not enough to go around.

We need to stop assuming that there must be something wrong with a woman if she’s single or can’t make a relationship work with an unavailable partner or assuming that she has a prize if she’s in a relationship. We must stop assuming that what we deem to be ‘good looking’ and ‘beautiful’ people, have it easy, because they don’t. There are plenty of so-called ‘good looking’ and ‘beautiful’ people who battle with depression and loneliness, with people around them not taking the time to pay attention or to ask questions because, well, they have the looks don’t they, so what possible problems could they have? Equally, we need to stop judging people based on what we deem as a lesser appearance. And men need to stop assuming that a guy is weak if he’s cheated on or that there’s something wrong with him if he doesn’t want to run out there and beat his chest and sow his wild oats. It is OK to be sensitive, it’s OK to be hurt, and actually, it’s OK to have emotions and express them. In fact, men and women need to stop basing their self-esteem on how they deal with situations. It’s not really fair to judge ourselves for asking for help, or for feeling lonely or depressed.

We.Are.Human. We must stop dehumanising ourselves and others.

New Year, New Decade: How will you be taking care of you? How will you approach love & relationships...
Your Plan Isn't The Plan
Podcast Ep. 252: Respecting Someone Else's Fear (even when you don't 'get' it)