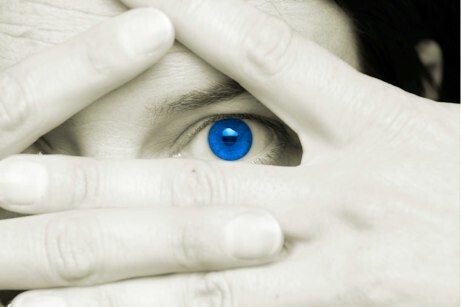 In general, not just in romantic relationships, many of us get left with a hangover of feeling that as a result of us not saying or doing something, that it’s caused someone to be or do something that they wouldn’t have been and done otherwise. This just isn’t true. We then struggle with either the futile act of controlling the uncontrollable or blaming ourselves. A recent conversation with a friend put this into perspective for me

Terry and Marcy broke up six months ago. While they had some good times together, Marcy in the end couldn’t continue putting up with things that were causing her to feel undervalued which included waking up sometimes and having no idea where he was and him stonewalling her when they had to talk through issues. It’s not that he was cheating on her; he just didn’t seem to think he needed to call. He also doesn’t ‘like’ discussions. She tried to work with him on these issues but began to feel like she was forcing him to change into an empathetic and considerate person that he wasn’t inclined to be. She basically ran out of steam and he admits that in her ‘giving up’, he said some things that he regrets.

When they met up, Marcy admitted that one of her biggest regrets was overlooking some things that came to cause her a great deal of pain and frustration further on especially because it felt like closing the door after the horse had bolted. She’d blamed herself for his actions for a couple of months until she distinguished her actions from his. Terry did apologise for what he said in the heat of the moment and also for “hurting [her] feelings” but that was pretty much it. Marcy was fine with his because she’s OK with who she is and she’s not trying to own everything in the relationship.

When Terry and I caught up he seemed a bit downcast. In his mind, things would have worked out so much better if Marcy hadn’t let him get away with some of the stuff and had called him on it.

“Obviously Nat, if, I don’t know, she told me a bit sooner or hadn’t been so easy going and letting me get away with stuff, then half of this shit wouldn’t have happened…” he said, albeit sheepishly.

“Is that really true Terry? I’m not saying that she might not have ended up feeling as frustrated and hurt as she did, but what makes you think it wouldn’t have happened anyway? What are you trying to say? That if Marcy was a ‘better person’ that you wouldn’t have acted as you did?”

“NO, NO! It’s just…I know I wouldn’t have done it if she’d made it clear that it really hurt her.”

“Well, that’s not true. Even after she made it even slightly clear, you still did some of this stuff”.

In fact, Terry has done this stuff with a couple of girlfriends to lesser or greater degrees.

We continued talking and what became clear is that even though he was put out about losing Marcy and somewhat hurt, he had a number of excuses that he was using which basically lessen any responsibility that he should feel.

He felt that she gave up on him because she wasn’t prepared to trust that he’d eventually stop doing what he was doing. I suggested that it equally must feel like he had given up when he didn’t really do anything to rectify the situation and stonewalled conversations. There was also no point in Terry acting like if she’d asked him just one time earlier everything would have been hunky dory – that’s dodging responsibility.

We are human and we make mistakes. Sometimes we get carried away or don’t consider the impact of our actions on someone else and then we regret it and seek to make amends. That’s life. However it’s not the other person’s fault that we did it and it’s certainly not their fault if we did it time and again. We are responsible for our actions whether we want to be or not.

It shouldn’t take Marcy riding Terry’s back like Zorro for him to realise that you call if you’re not going to be home until 5am.

It shouldn’t take you having to point out another person’s actions for someone to decide to do better.

When we get into thinking that if we were worthwhile or had said or done something ‘sooner’ that things wouldn’t have played out as they did, it’s like thinking that we’re all capable of Jedi mind tricks.

It is dangerous to link other people’s behaviour to how worthwhile you are because you miss the point that it’s how they are anyway and it’s like believing we’re all in possession of some almighty force where intrinsic value magically alters the natural inclinations of every one around. Ipso facto, someone not treating you well becomes ‘The almighty force of my low value that is seeping out of my pores has caused this person to treat me as they did or not feel inclined to radically change for me’.

It’s not your fault that they said or did something – that’s giving yourself too much credit for your powers of influence.

Own your actions and start believing and treating yourself like you’re worthwhile, but don’t own other people’s behaviour – this makes your feel worthless because it’s uncontrollable.

Yes it does help if you have boundaries (and you should have them no matter what) but you’re only going to know that you have to address something if the boundary is overstepped. Boundaries are your personal electric fence to let you know something’s wrong or you’re uncomfortable.

When you have little or no boundaries, you enable behaviour, not create it – this means the propensity to behave this way is in existence irrespective of anything you say or do.

If it’s someone’s inclination to act with mutual love, care, trust, and respect, you’re unlikely to have the awkward conversation that feeling undervalued and disrespected brings about. If someone is very solo minded or treats responsibility like a hot potato that they need to pass on, they’ll conduct themselves with the attitude of how it’s the responsibility of others to rein them in. This means that when issues do arise, you’ll be working alone and bearing the load.

You can address why they get away with something or it’s not addressed but when it comes to the act in itself, that’s a choice all of their own. You could be the most boundary-less person in the world but there are people who won’t tap dance all over your doormat and then do a few rollovers because it’s just not how they operate. Keep that in mind the next time you blame yourself for others actions.

Happy Birthday: 33 Thoughts on Relationships, Self-Esteem, and Life!
You're Not In Pretty Woman: Do You Believe In The Booty Call 'Fairy Tale'?
Prioritise Having a Healthy Relationship Instead of Focusing on 'Getting One' From a Reluctant Sourc...