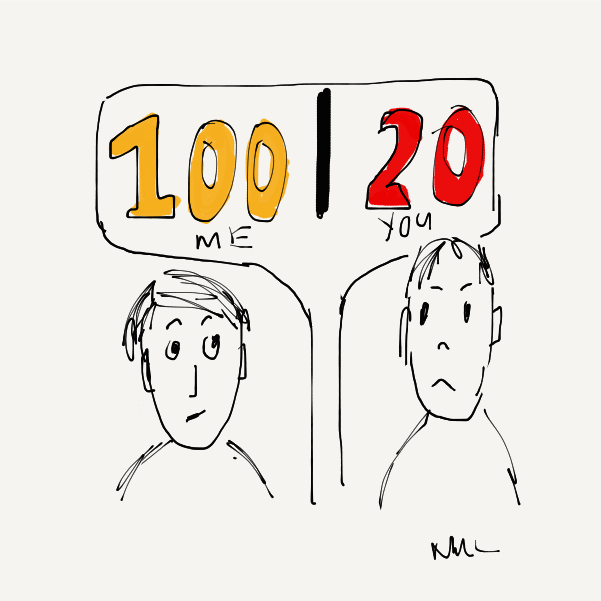 When I first started Baggage Reclaim, I hoped that I could help at least one person avoid or recover from some of the stuff that I’d been through and that I wished I’d had some guidance on. Ten years on and it’s been amazing and heartwarming to be a part of so many people’s journeys. Starting this new podcast has been a massive emotional stretching curve providing me with a series of learning moments about the perfectionist and pleaser in me but as with starting anything new, you do wonder if it’s making a difference and it’s been great to hear stories of what people have done after the show. After last week’s episode (I’ve only just registered by the way that comments were accidentally turned off – DOH! Apologies!) where I talked about how important it is to be vulnerable and ask for help, one reader who has been unemployed for several months and who was near deathly afraid of asking for help because as a child, asking for it or trying to share her joy in anything was met with disappointment, picked up the phone and accepted help that she’d declined a few months before. This. I’m still grinning for her.

Now, on to this week’s episode of The Baggage Reclaim Sessions.

Here’s what I cover in episode 7:

Are you in the habit of keeping score?: Keeping a tally of what you do and looking for a return of what you feel is like for like value, isn’t good for relationships and leads to resentment. I talk about why we do it, how it can end up sending the wrong messages and I include suggestions for getting out of the mindset.

We all need self-care: I talk about why having self-care practices or even having a routine, is vital for maintaining your sense of self and being able to survive and thrive even when life comes along with its inevitable bumps. This is the How To Self-Soothe quick guide that I refer to at the end of the show.

Our frustrations with others often point us to something that we need to amend or learn: It can be all too easy to focus our attention on other people’s behaviour but the irony is that we often get annoyed with or even dislike in others, things that we ourselves are also guilty of.

Listener Question – Can men and women just be friends?: This week’s question is the result of one of those awkward situations where a friend who might not have had as friendly intentions as we might have assumed or hoped for, makes unwanted advances and then reacts badly.

What Nat Learned This Week: I did it! I told my mama that we won’t be doing the whole big family Christmas thang this year (I’m not keen on drama even if there are cocktails and good food involved and last year’s Eastenders/Dallas/Dynasty style showdown between the mothers on Christmas night is my absolute line) and you know what? The sky didn’t fall down and I faced my fear of confrontation.

Leave a comment or post on Facebook and please subscribe. If you know someone who would enjoy it, please help spread the word. It all helps! Listener questions can be emailed to podcast AT baggagereclaim DOT com. If there’s a topic you’d love me to talk about, let me know!

Podcast Ep. 261: What Does Punching Below Our Weight in Dating & Relationships Mean?
Some people hover just below your boundary line
Podcast Ep. 11: Confronting Issues vs Confrontation?