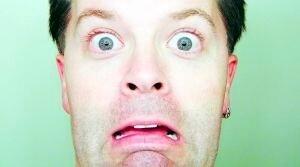 Emma, 27 from London asks “I was essentially seeing a guy for just two months…but basically it never occurred to me that he was emotionally unavailable until I read some of the articles on your site!

We would be in constant contact but usually via text – he put it down to language barriers and as I have had relationships with men from different countries before, I knew exactly how it felt to not understand your significant other over the phone so I thought little of it, especially as if I were to call him he would always answer!

I thought everything was going fine… but then out of the blue he dumps me! He wants to see other people, and out of respect to me he doesn’t want to play with my feelings, and then came the “I’d love to be your friend.” I wouldn’t mind but just the day before he had made plans for us to go out together the following day – the day on which he ended up dumping me! Now I know sh*t happens but I really can’t see why an emotionally unavailable man puts all that effort in!! He never once disappeared, he would show an interest in me and when we were out together I’d hang with him and his friends and he’d be really affectionate…. so what happened?

I ultimately told him we couldn’t be friends and he retaliated in the most childish of ways. I have since cut all contact and he has nothing left to say to me it seems, which whilst it hurts is ultimately fine. I don’t need a guy who can just dump on me when a new shiny thing comes along, and then not understand or respect the fact that I’m hurt. He ultimately told me that he wouldn’t want to be my friend based upon how I reacted ie. telling him I can’t be his friend and I hope he has a nice life!

Anyway I’m guessing I just need to gain an insight into this… Is he actually emotionally unavailable or simply just weird?? My friend insists he’s scared. I by no means agree but I just don’t know how I didn’t see this unavailability in him!”

The key things here that tell you all you need to know:

2) Texting as a predominant form of communication is an act of laziness and a show of an absence of effort. See my recent post on this.

3) He wants to see other people. That says it all really…

4) Relationship issues don’t just ‘spring up’ on you and change how you feel about someone over the course of 24 hours…. You also don’t decide that you want to start seeing other people on a whim…unless you’ve already been buttering your bread on both sides and keeping your options open and were never actually invested in the relationship with both feet in.

5) People put in all sorts of effort to ensure that they get what they want. The difference is though that what you regard as a lot of effort, others would regard as a lack of effort. That said, many Mr Unavailables will make a lot of effort initially because they like to win you over but pull the rug out from under your feet the moment that they think that you need, want, or expect too much from them. At the end of the day, there’s no point trying to rationalise the irrational of why someone put in some effort. Concern yourself with where you are now with him…which is nowhere…

6) Demoting you from girlfriend/lover to friend is lip service done by many a man. It’s called a last act of trying to eradicate the obvious fact that they have done something shitty and hurtful. More often than not, they don’t want to be your friend; they want to assuage their conscience and ego and believe they aren’t assclowns, they want to leave the door open, and for some, they want to ensure that should they need a shag or an ego stroke, they know exactly who to turn to. Also read ‘Can’t We Just Be Friends‘.

7) His reaction to your declining the friendship says it all really! He claims language barriers but sure knows how to pull some master strokes. Suddenly, it’s not that you have a legitimate reason for being annoyed with him about treating you in the way he did when you broke up. Now it’s that you’re not worthy of being his friend because you won’t do things on his terms. And I hope you do realise that everything is on this man’s terms whether you’re the girlfriend or friend.

8) ‘Scared’ is a word overused by women to justify sticking with poor partners and relationships. It gives them a legitimate excuse to write off poor behaviour and men who are uncommitted and attempt to fix, heal, help them and be the woman that sticks at their sides. If he has issues with commitment, he’s not much use to you anyway. While you can understand someone being scared of relationships, it would also be an indicator that he is not at an emotionally healthy place to have a relationship anyway. You also have to remind yourself that even if he was scared (which I don’t believe he is), that doesn’t excuse his behaviour.

At the end of the day, whether he’s emotionally unavailable or weird, or scared for that matter, that’s not the point – you could spend oodles of time trying to analyse or understand his behaviour and it is unlikely to achieve very much. What I do know is he’s not available now, emotionally or otherwise, and communicating predominantly by text is not conducive to building a healthy emotional connection.

You didn’t see the unavailability in him because you had created an explanation for his behaviour and believe that this is how things are because of your previous relationship experiences.

It doesn’t matter where he’s from; if you’re going to be in a relationship with someone, the barrier is not going to come down by not communicating.

Not to limit your multi-cultural relationship opportunities, but I would also be careful of building a pattern of being involved with men from abroad who have language barriers that you don’t understand because it’s a bit like repeatedly setting your relationship up to flounder. If you want to be serious about guys like this, you’d better find a way to overcome this so that your relationship can move forward. But also be careful that it doesn’t mask an attraction to men who are ‘unavailable’.

Getting Out of Stuck: What are you doing to help bring love into your life?
But we have so much in common! That shaky 'ole common ground in relationships
Is women loving jerks and Bad Boys really a dating myth?