Being The Other Woman: The Lessons I Learned Part 2 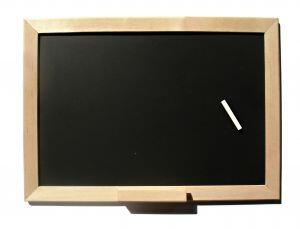 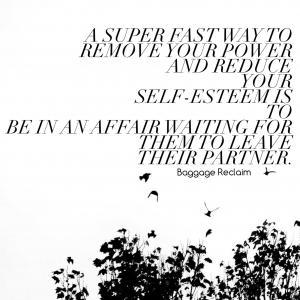 Yesterday, in the first of my three-part series about what I’ve learned about being the Other Woman (OW), I talked about how you’re an escape from reality, that all cheats are liars, that the situation is far from being unique, that they’re manipulators, that they rarely leave their wives or girlfriends, and that as women we treat the dysfunctional relationship we have with these men like a competitive sport.

But of course, there is more.

I relate to Oprah’s admission that she felt pathetic and powerless. Often, when we are involved with attached men they reduce us to feeling or acting pathetic and they (and we) remove our power. I remember often feeling helpless and I attributed it to this overwhelming amount of feeling I had for him, but in fact, the helplessness arose from being stripped of everything I knew that was right and wrong about relationships, and also the good things about myself. All the arguing, discussing, crying, threats, ultimatums, crying, screaming, and whatever else you’re doing, reduce you to feeling utterly powerless as you go round and round in a vicious circle where he never does leave ‘her’ but he keeps screwing with your mind to keep you invested. But what gets me most is that aside from feeling deep regret about my actions with him, I look back and see not only how pathetic I was at times but also remember the pitying looks that some people use to give me. How often did I hear the words “You can do better”; “He really isn’t worth it”, and “What’s a great girl like you doing with a lying cheat?”

But by the same token, while I realise what assclowns these men are, I also recognise that you are totally responsible for your actions. I chose to get into it, I could have chosen to get out of it, and eventually I did exactly that. It is very easy to point the finger at these guys and by God do they need a big finger pointing session, however, I am a grown woman and if I had placed a higher value on myself, and lived by th
e values that I normally hold myself and everyone else to, there was no way on earth that I would have allowed him to juggle us both.

You need to be in a pretty dark and dubious place to be with someone else’s man. I had broken off an engagement two months before and I really thought I was an independent, single woman passing time by having some no strings fun. Two twos and I was so hooked in and dependent on him validating me. I look back with the wonders of 20:20 hindsight vision and realise that I had not healed from the demise of my engagement, that I had a whole lot of issues about myself and relationships that I was trying to avoid, and that being involved with him kept me as far as possible from a committed relationship.

OWs don’t want a committed relationship because we have issues about commitment. I think that often we look at these attached guys and think that because they’re married or in a long term relationship that it demonstrates that they are capable of commitment but that they’re just in an unfortunate situation. However, his actions demonstrate that he’s not committed to anyone other than himself and my actions showed that despite my proclamations of wanting to be in a proper relationship, I couldn’t possibly have wanted this because I sought out the one man who was incapable of giving it. We like the fantasy of what things could be like if only he’d leave her and in order to continue being with him, we have to take ourselves out of the present and focus on the ifs of the potential we see.

Unless you are a rhino, no matter what you say, OWs do get hurt. I used to be all, “I’m strong. I can handle this!” and then it was a matter of months before it was sobbing-o-clock. I know many OWs who profess that they are totally fine with things and that they don’t hurt and they are either completely disconnected emotionally, which is an even bigger problem, or they’re talking out of their bums with bravado. To suggest that you’re not hurting from this, is to suggest that you don’t care about him or what he is doing, which begs the question: Why are you involved with him then?

For some women, being with someone else’s man is a power trip, particularly if you get involved with a high achieving, successful man, or even a work colleague who holds a superior position to you. Initially I thought I was this powerful woman in control of her life and just screwing a guy for fun. I liked seeing how under my spell he appeared to be but at some point the tables turned and clarity arrived showing me that I didn’t have any power at all, after all, if I had, I’d have walked away! Sometimes the power is derived from knowing that you have someone else’s man in the palm of your hand and this is actually quite twisted. It’s never just about the sex or the power because we get drawn in emotionally, particularly when the sex is great, and there is only so much power you can derive from a man who pops up when it suits and then skips home to his wife or girlfriend.

You become a master at expecting less and living off crumbs. In terms of a relationship, OWs represent a person in a third world country struggling for food. What little ‘food’ and ‘sustenance’ you get, you’re very grateful for but that doesn’t detract from the fact that you’re still ‘hungry’ and you’re still lacking. Being with an attached man and pretending that you’re OK with things is a bit like when you break your leg but try to downplay the pain because there are other people out there with bigger problems than you. Yes that may be so, but the leg’s still feckin broken and the leg still feckin hurts! The trouble with being an OW is that you’re always chasing the loaf but keep getting the crumbs and an occasional crust while the main woman gets the greater part of the bread, and this also represents all that is missing out of your life. He’s not rationalising her down to crumbs to give you the main chunk! It’s the other way round!

I love it when a plan comes together…but that just doesn’t happen for OWs. From the moment that we realise that we’re in too deep and that he’s not exactly rushing to leave her, we always have a plan to extricate ourselves. The plan just doesn’t come together though so you’re revising and editing it, justifying why you should hold on for a little longer. Deadlines come and go, ultimatums quickly become redundant and after a while you’re too scared of what will happen if you do go.

Check out part one and part three.

Give up The Brady Bunch ideal - you're not alone with your less than perfect family
Revisited: It's JUST Christmas/The Holidays - Stay off the Relationship/Drama Crack
Advice: Can He Get Over My Cheating and Trust Me?