“Why did you get me to trust you?” Why walls can make us ripe for the charmers… 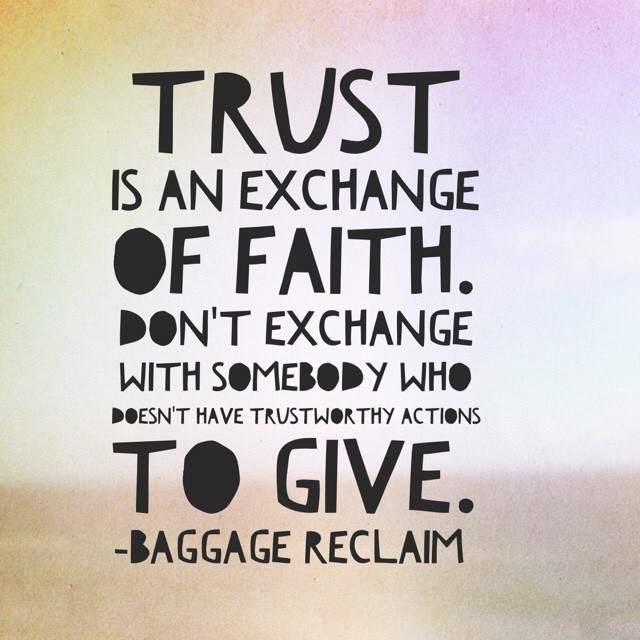 Have you ever sought to be invited to something that deep down, you know that you don’t really want to go, you just want to be invited? Have you ever felt really into somebody, not because you truly are but because the moment you realised that they weren’t interested and/or unavailable, not only did you almost want to correct them like, “Hey, you made a mistake in not being interested in me. Here’s why…” but they suddenly seemed so interesting and desirable once you knew that you couldn’t have them?

Us humans are contrary folk that sometimes let our egos run ahead of us. That same desire that makes us want something now that we know that we haven’t been offered it or can’t have it, is not only that same desire that causes millions of people to suddenly start blowing hot the moment that they’re unsure of whether their ex still wants them, but also the one that some people use to deliberately encourage us to trust them even though they don’t truly have good intentions.

Trust is an exchange of faith and while some of us trust ourselves and others, some of us are more reserved or even terrified of trusting because certain experiences have caused us to put up walls to protect us from vulnerability. We stop trusting ourselves and decide to red light everything because we’re trying to protect us from a bigger future pain. We put up walls because we want to ensure that we don’t go through a past pain again, not realising how walls close out everything both good and not so good.

One of the reasons why I encourage people to address their trust issues is because ironically, walls make us more likely to engage with people who really shouldn’t make it within 50 miles of our circle of trust.

Us having a wall up makes us more likely to be reliant on some heavy duty flattery from somebody who we feel would allow us to right our wrongs of the past and who on another level, we recognise that it’s a self-fulfilling prophecy where we get go, “See, I was right – there’s no point in trusting”, not realising that our beliefs affect our mindset, affect our choices. If we believe something, we’re biased to look for evidence to support it, otherwise we’d have to change our beliefs. Walls say, “No one is trustworthy including myself” whereas boundaries say, “I recognise that not everyone is trustworthy so I will listen to myself, so my due diligence, be discerning and be vulnerable enough to show up and adjust my level of interaction accordingly”.

When we have trust issues, we make the mistake of thinking that if a person works really hard to win us over and to ‘break down’ our walls, that they must be really into us, but aside from the fact that walls means emotionally unavailable which distinctly skews who we’re going to gravitate to anyway, we’re setting us up for pain by being reliant on somebody not respecting emotional, mental and even physical boundaries as our marker for opening up. “Charming” tends to be a precursor to code red problems.

Some people, once they know that you have trust issues, feel compelled to prove to themselves that they can win your trust, and then once they have it, boom, the uncertainty that they feel due to the lack of control they feel from not being trusted, disappears along with their motivation. They don’t want to genuinely earn your trust in a mutual interaction – they just want a moment where they can say, Shazam! I’ve got him/her now, and then they put the trust medal on their mental display case, press the reset button and move on to pastures new.

It’s a boost to their ego that they’re lowering a person’s defences. For some, there’s no doubt that it’s a game for them and for others, it’s lack of self-awareness – they are not honest with themselves about their motivations and so they don’t know why they’re doing what they’re doing or feeling what they’re feeling.

The not so funny thing is, is that when someone who needs to feel trusted thinks that they’ve won over our trust, they panic! Why? Because now that they’ve earned the trust of somebody who has trust issues, they think it comes with big expectations that they won’t be able to live up to. 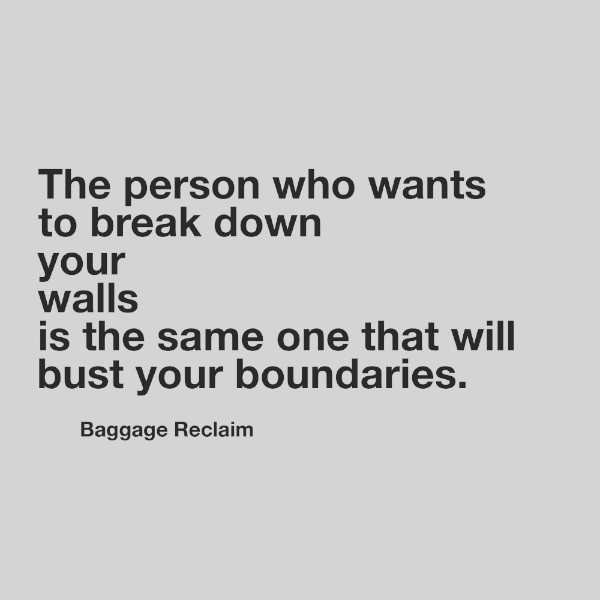 Much like the person who fears success feels increasingly afraid of doing better for fear of creating greater expectations which might open them up to disappointing others or criticism, the person who fears being trusted, fears being relied upon and the expectations that might come with that. What if I’m not able to do what he/she expects of me? Now granted, there may be expectations stemming from feeling as if it’s a massive deal that we’re finally trusting someone but odds are, the expectations that they’re afraid of, are ones that they themselves have created. They could have slowed their roll, not said and done certain things and taken their time to go through the whole getting to know process but no, they had to go giving the big I am. They then either disappear or start behaving badly or certainly in a manner that contradicts what they’ve been putting across, all to relieve this feeling of being expected from.

If we don’t want to be seen as a challenge for shady folk or even the don’t know their arse from their elbow folk, we have to address our own trust issues so that we don’t mistake someone laying it on thick with trowel to charm and disarm us, for a trustworthy opportunity. We’ll be like that person who hasn’t eaten for several months who finally gets a cracker and thinks it’s the best food they’ve ever had. It will also hurt that much more because when we have walls up, we tend to be starved out of affection, attention, hopes, and so after a lean period, somebody working so hard to win us over can seem like all our Christmases come together, but then when it doesn’t work out, it can cause us to end up obsessing because it feels as if we gambled and should have won but lost big instead.

We have to be vulnerable in order to trust and if we begin to forgive ourselves for our past pain so that we can compassionately understand what we’ve been through and begin to heal, we start to restore faith in us. The fact that somebody breached our trust doesn’t mean that we’re “stupid” or a “fool”, or that what they’ve done is a permanent statement of what to expect from others in future.

We can’t live our lives treating everyone like wolves. When we take the time to understand why we have trust issues by looking at the beliefs hangover that we have from past experiences, we learn about where we’ve judged ourselves and made generalisations. We can learn to be boundaried instead of walled so that we’re open to good experiences and able to opt out of what doesn’t feel in alignment with us. When we allow us to recover from those painful experiences of trust, we know our own trust and so we will no longer be receptive to somebody who is glib and charming in order to give us a feeling of being reassured without giving us consistent action of actually being trustworthy.

Don’t forget that I’ve got a 30-day project, Embrace Healthy Boundaries which teaches you about the difference between walls and boundaries and shows you how to regain your trust in you by acting from a boundaried place.

Did I scare away a Good Man? Did I push him away?
Why There's No Point In Being With Somebody Who Blows Hot & Cold
The 'Ting' & Friends With Benefits