Relationship Amnesia – When you keep forgettting what’s REALLY going on 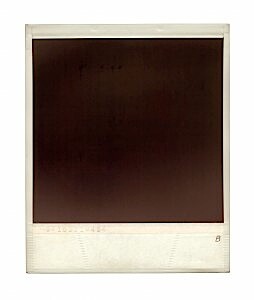 Over the years, I’ve had quite a few readers share their relationship experiences via comments and email. When I don’t hear from someone for a while, I know they’re either off happy and living their lives (woohoo)… or they’re back with their Michael Myers from Halloween relationship that just won’t die.

Relationship Amnesia is where you seem to suffer partial or total memory loss about about events, feelings, and experiences relating to the true nature of your relationship. Typically it’s when they say or do something positive and unprompted that promptly drowns out all the negative stuff, or when you mentally latch on to even the smallest of what you view as positives – see my post on It’s Just a Cake.

In particularly unhealthy and dangerous relationships, it may be that something bad happens (a ‘trauma’) and to cope with continuing to be with them, you block out anything that pierces that denial bubble.

You might even be like Liz Lemon’s brother in 30 Rock who had ‘anterograde amnesia’ where he remained stuck in the day before the accident – in your case, you’re stuck in the ‘time before everything went wrong’ saying stuff like “They were so great in the beginning – why can’t they go back to being that person” or continuously talking about and living in the past.

If you’ve ever found yourself repeatedly returning to the scene of a relationship that’s passed its sell by date, it’s because you’re suffering from some level of ‘memory loss’ and may be somewhat easily won over by gestures. I’ve had a few people announce engagements or moving in when the week before they were calling them every name under the sun. Proposals and other ‘big ticket commitment items’ are wonderful things, under the right circumstances, with a commitment able, healthy partner, but they’re not when they originate out of a desire to bring something, or should I say someone back under control. Most of these people are no longer together or keep breaking up still…

And it’s not just the big stuff – I’m hearing from people who’ve been breaking up, getting back together and cutting contact for fifty years and others who’ve broken up 10, 20, 30+ times! This can only happen when you get the bumrush of Future Faking and Fast Forwarding and let yourself believe.

It’s safe to say that a ring or whatever it is, doesn’t automatically mean that the issues that broke your relationship in the first place no longer exist or that they now feel the same way that you do. It would be great to be able to safely make that assumption but we don’t all operate under the same reasoning.

I remember a very long time ago when I dated my first long term boyfriend in my late teens and I was definitely the ‘driver’ in that relationship while he was my Fallback Guy. We’d break up (at my instigation) and the moment that I got wind that he was moving on, I’d be shimmying over and suggesting we get back together which he always agreed to. The novelty would wear off very quickly and it wasn’t long until we were breaking up again. In the end I finally did the decent thing and left him alone. I know he didn’t believe it was truly over at the time but I felt awful for behaving like I had.

Me and my grand gestures and blazing in were his episodes of Relationship Amnesia.

Time and again I’ve watched people go back to people blind and bamboozled and inadvertently helping press the Reset Button with them, where the relationship ends up being reset to a convenient point that erases out anything shady. Stuff like Future Faking and Fast Forwarding doesn’t help either because the intensity and suddenness of supposed commitment as well as wanting to believe that what you’ve been weeping and praying for each day is finally happening, mean that you throw caution to the wind and get swept up. It hurts when you come back to earth with a resounding bump.

Relationship Amnesia is what also has you engaging in Relationship Insanity – carrying the same baggage, beliefs, and behaviours and choosing same person, different package and then expecting a different result. You’re then thinking that this time will be different even though they may have shown you a hundred times that they’re not to be emotionally relied on, or you’re planning to make your ‘type’ that you’ve yet to have a successful relationship with, make you the exception to its rule.

This isn’t about clinging onto the past and ‘bringing up old sh#t’ but it is about recognising that if you’re so desperate to have someone back or hold onto them at any costs, you’ll pretty much push aside anything that allows you to persist in the fantasy and attempt to live the dream. If you’ve ever been in an abusive relationship, it’s rationalising, minimising, and denying in order to cope with what’s happening, which actually ends up being another pitfall because you end up normalising bad behaviour. Of course when it’s over, it’s like you have to familiarise yourself with a whole new world and learn a new ‘language’.

It’s also important to recognise that when you do shut out one aspect of your life, you can end up forgetting a lot of other stuff, good, bad or indifferent. It could be old age, but I’ll be honest and say that periods of time are a blur in my life as I was too busy holding myself hostage in a dodgy relationship!

It’s bad enough that you may be shutting out stuff but if they’re also liberally pressing the Reset Button by picking up from where they conveniently left off or even trying to force you to have a different recollection of things, you may literally feel like you don’t know which way is up. Don’t let anyone try to take your dignity and eff with your mind!

Healthy relationships require honesty, reality and boundaries and if you can’t even keep your own mind in a relationship and have to erase significant chunks of your memory in order to facilitate a relationship, it’s a major sign that this relationship could never progress and be healthy.

This is why it’s important to be available to yourself and keep the level of BS in your life to an absolute minimum so that in being honest with yourself and feeling all of your feelings, you don’t keep putting your hand in the fire and expecting it not to burn, wondering if you’re going crazy, or shutting out the past so you can have a few minutes of pleasure.

The easiest way to keep your mind in good working order is to avoid being reactive and short-term. Use past situations with this person or your previous experiences as a guide, but also ensure that any decisions you make have a genuine medium to long-term benefit instead of killing a short-term itch or catering to fear.

Don’t ‘forget’ things that make you uncomfortable and cause you pain – it’s convenient for others for you to forget the true nature of their behaviour, but it’s not good or healthy for you and that’s where your focus needs to be.

What's the Craic With Ghosting? (And no, it's NOT the same as No Contact!)
Don't confuse what you want to avoid with being the same as what you desire or need
Advice: Why is he having sex with me if he doesn't want me and knows how I feel about him?