It’s Just Cake: Why you should be careful of reading too much into things 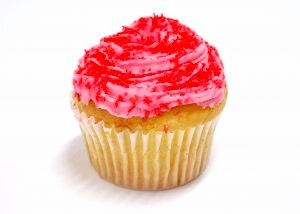 I used to go into tailspins over various situations, other people’s behaviour, and of course second guessing my own actions and going down the If Only I Could’ve... train of thought. I have put in some serious ‘man hours’ crunching the data of these various dramas and sometimes I had conversations out loud with myself saying what I’d like to have said just so I could dissipate some of the frustration – No I’m not crazy but I guess it was the conversational version of the Unsent Letter.

Anyway… While it’s quite easy to see how drama arises in conflict, what does leave me rather bemused is the heavyweight drama we apply to very simple situations or very simple wrongdoings.

Take me. When I dated (and I used that term very loosely) the Mr Unavailable that gave me my epiphany, I regularly analysed his texts with full stops on the end, the joke emails and the ones that enquired about how I was doing but didn’t ask me out, and his ambiguous non statements and non answers. After I told him to beat it, he’d still phone or email periodically or even invite me out and I’d slip into my old habit of wondering what it meant. Then I had to give myself a mental puck in the head and stop making a dramatisation out of a very simple situation.

I stopped seeing meaning where there is no meaning and quit sending emails to the forensics lab (read: my eagerly awaiting friends) to be analysed.

Every day I read about and observe interpersonal relationships. I translate a lot of common and sometimes frustrating or even downright hurtful situations and help people make sense out of them so they can empower themselves to not only improve their relationship or move onto a better one, but to have a better relationship with themselves.

But…sometimes there isn’t anything to translate (see my posts on translating stuff like I love you but I’m not in love with you) and the thought processes or situations being described are overcomplicated. This is done by drinking an intoxicating cocktail of overthinking, excuses, fear, poor boundaries, and slapping on the fur coat of denial and rose tinted glasses.

Take colororange. She’s No Contact with her ex who she also has to work with and out of the blue, he left her a pastry on her desk, which then triggered her being consumed with thoughts of what it meant, what should she do etc.

Here’s the thing: It’s just a cake. A Cake. It doesn’t mean he loves her, it doesn’t mean he wants to get back together, it doesn’t mean he’s sorry and it certainly doesn’t mean that he understands how they even got to the point that she’s had no choice but to put the NC forcefield of distance between them. I’m not saying that he even has to be thinking about any of these things (it is just a cake after all) but what is important is that she doesn’t make a cake into a reconciliation or start imagining him as possessing qualities and characteristics he doesn’t possess and erasing out the knowledge of who he actually has been with her.

I know people, admittedly mostly women who get one of those ‘cakes’ all the time. One reader commented on how her ex was sending ‘I love you’ balloons and roses. Sweet you might think but her ex dumped her by email the day before she was due to put her house on the market to move in with him.

I know someone else that got a packet of animal crackers after a few weeks silence.

Someone else’s ex rolled up weeping about how he wants her back and he can’t live without her (she’s met someone else) but he’s actually still living with his current girlfriend and talking about their holiday plans on Facebook.

The same thing goes for when you know that someone has crossed the line and that you have basically acted on your boundaries – think code amber and red behaviour. There is no point knowing your line if you’re going to either not do anything when someone crosses it or when they do, feel bad about the fact that they feel bad about you telling them that you and code reds don’t mix.

As I explained to a reader a few days ago who dated someone for six months who basically wanted to get in her knickers by any means necessary so talked about marriage and moving in within a week of meeting her and all sorts of empty promises (Future Faking and Fast Forwarding) only to then say he doesn’t want a girlfriend when she asked where the relationship was headed (he was still pestering her to sleep with him) – this is an open and shut case of assholery!

She felt bad that he felt bad – he-llo! He felt bad that he was wrongfooted and that he has ‘invested’ himself to try and get laid to no avail and is being called on it. When she held her ground, he suddenly started chirping about introducing her to his family..and then started pestering for sex. Open and shut case of assholery. Case closed, hit the flush, be thankful that he’s showing himself.

If you’re an overthinker or prone to dramatising, strip off the excuses and denial, take things down to simple terms and remind yourself of the facts of the situation and and why you’re at this juncture in the first place.

People are a lot less complicated than you give them credit for – what complicates people are your perceptions of what you think they’re doing and not accepting the simple truth of their actions or character.

When you have an overactive imagination, like to play Columbo, and tend to see yourself at the centre of other people’s actions it’s complicated. When you see things as they are, not how you’d like them to be or what you wish they’d go back to, and you don’t internalise other people’s actions, life gets a whole lot simpler.

Remember, if you have to read into something so much or start second guessing good decisions, that’s sending you a message you should read – you’re thinking too much.

What to say when someone asks: Why aren't you married yet?
Ready, aim, fire! How willing are you to stretch yourself in dating, relationships, and life?
Podcast Ep. 251: Spotting a Romance Scammer