The Broken Windows Theory Applied to Boundaries & Self-Esteem: Time to fix your window(s)! 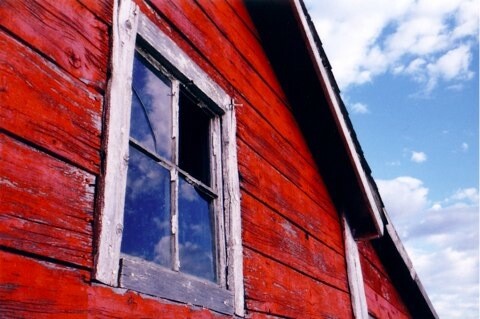 I’m currently reading the deliciously clever and funny How To Be a Woman by Caitlin Moran where in one of the chapters she takes what are widely considered the ‘smaller’ issues in female inequality (e.g. the constant size debate) and applies the Broken Windows Theory, which really resonated with me and I wanted to apply it to the issue of boundaries and self-esteem.

This philosophy is that when signs of vandalism and disorder go un-repaired and unmanaged, more crime takes place. Mayor Giuliani adopted a zero tolerance policy in New York for petty crimes such as graffiti and other acts of vandalism plus the likes of fare evasion, and crime rates for the next decade or so dropped dramatically.

Caitlin calls for a “…a Zero Tolerance policy on ‘All The Patriarchal Bullshit’…We don’t need to riot, or go on hunger strike. There’s no need to throw ourselves under a horse, or even a donkey. We just need to look it in the eye, squarely, for a minute, and then start laughing at it.”

I’ve long proclaimed here and in my ebooks that the reason why some very crappy acts of unavailability are so pervasive is due to the lack of consequences. Where you won’t put up with shady carry-on, someone else is only too eager to grab the hot seat and let themselves be a rainy day fallback option.

But the fact still remains: The more of us that have boundaries and hold ourselves to better standards is the less of a social norm it is for certain types of people to think that busting up your boundaries and unavailable, going nowhere relationships is acceptable. It is becoming the norm to not bother to get over your breakup – why bother when you can use someone else to ‘buffer’ the pain and then bail or back off when it gets too much?

Every acceptance of boundary crossing behaviour and every time you sell yourself short is a ‘broken window’. They tell those that seek to create ‘disorder’ and ‘vandalise’ that they can do as they like and even ‘squat’ on your property.

They also throw out crumbs and inflate them into a loaf.

Boundaries teach people how to treat you and what to expect and they represent your value system, your level of self-esteem, the type of interactions you’ll engage in, and your limits that signal when it’s time to opt out regardless of what your libido or what you believe your heart is telling you.

The person that has boundaries and doesn’t act like someone who is disinterested or unavailable for a healthy relationship is irreplaceable, isn’t afraid to walk or call a spade a spade, and knows that they have to hold themselves to a better standard to have a better relationship.

Boundaries (and standards) are fundamental to all relationships because they directly influence our actions which is what people take their cues from. Just like the ‘broken window’ left un-repaired or the very obvious signs that an area isn’t being managed properly by the authorities sends a message that it’s open season for crime, if you allow someone to overstep a boundary without it being addressed and/or opting out, this is their cue to continue.

Unfortunately, there are certain types of behaviour and situations that are basically ‘broken windows’ – not opting out, trying to change them, being in denial, and code amber and red behaviour including signs of disinterest and typical unavailable relationships.

Even if you don’t give verbal agreement and are privately or even openly expressing discontent, by remaining and it going unaddressed via action, you communicate acceptance as well as the wrong message about you.

It’s the classic case of putting up with shady behaviour because you’re trying to show how much you love them and instead communicating how much you don’t love yourself.

Non-acceptance of behaviour and situations that don’t work for you is actually shown through consequences which may include opting out. Complaining, discussing repeatedly, arguing, negotiating, doing Powerpoint presentations, creating a manual of guidelines, crying, screaming, coming up with a Plan Z, or having a stand off are not actual consequences because without resulting action and change, it’s like throwing energy into the abyss and having a serious case of verbal diarrhoea.

What many people who end up in unhealthy relationships don’t realise is that when someone disrespects you or has issues or behaviours that make a mutually fulfilling relationship non-viable, it means game over, no credits, abort mission, take a parachute and jump. Instead they ignore it, think “I can handle it”, resolve to try to change them, think the potential outweighs the concerns, or try to change themselves.

You cannot negotiate with boundaries that directly impact you treating yourself with love, care, trust, and respect.

They are your personal electric fence that lets you know when you’re uncomfortable and rings an alarm. If you deny, rationalise, minimise and basically make exceptions where you shouldn’t be, it’s like your electric fence is turned off and where you let one thing slide, more follows.

One of my favourite lines ever is from ‘Ghost’ when Whoopi Goldberg’s character Oda Mae Brown says “Molly, you in danger girl” and I’ve said this line to a number of readers who are endangering themselves.

Having little or no boundaries is pointless because it opens you up to disrespect and you cannot have a healthy relationship or feel good about yourself. It’s like saying “You’re so special, I’m giving you a special pass!” Meanwhile, you’re feeling pretty unspecial.

I know that many of you are eager to find love, to be in a relationship, to be cherished, to get off the dating treadmill, and to make your investment into the dating pool and some of your not so pleasant previous experiences ‘pay off’. You may believe that you have to let certain things slide to increase your chances but it’s not your boundaries and self-esteem – you won’t like what you’re left with and they won’t respect you either.

You don’t need a list of criteria about their IQ, common interests, what food they eat, penis or breast size, their level of attractiveness, job etc but what you do need is to date and have relationships with your self-esteem in tow, because if you can’t or you won’t, don’t bother – it’s like declaring open season on yourself for pain. It’s like saying “They must change because I’m not going to uphold myself to good standards” – they’ll just continue as is.

Fix your ‘broken window(s)’ – learn to like and love you. Get familiar with having boundaries, inappropriate relationship behaviour and dealing with/opting out of situations that detract from you.

If it became harder for people to get all the fringe benefits of a relationship without stepping up and they felt consequences, they’d be forced to step up or ship out. Your job in life isn’t to raise someone from the ground up; there’s plenty of respectful people out there to be discovered once you sort you out. Until then, you’re in danger of never being available for a healthy, mutual relationship.

100 Tips & Thoughts for Better Self-Esteem - A Guide To Happiness & Improved Sense of Self
Make Me Official: The Obsession With Titles in Relationships.
When someone blanks you / disappears & then reappears to ask a favour of you, it's OK to say no