Relationship Advice: I cut contact with him but I don’t want him to be angry or hate me. 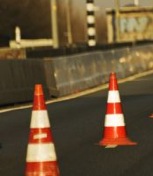 Mary asks “I have to tell you I am seriously having some trouble here. I had No Contact for 6 weeks. I changed my phone number, email address, and emailed him six weeks ago to tell him he could no longer come by my house. I was doing sooooo well. I felt so free and happy.

Well the next thing I know, the other day he created a Facebook profile and emailed me. He said ‘Still not talking to me? Lots to discuss.’ I did not respond. Then five hours later he sends me this message, ‘Lost your email address when they replaced my computer, and I will never ever contact you again. A friend of mine got a position and is looking for help, based on our last conversation, thought you would be interested. Obviously I was wrong.’

I don’t understand why he got so snippy or angry. I mean although I knew I was not going to respond he did not even give me 24 hours before spouting off this last email. I don’t want him to be angry at me or hate me. I feel so guilty. Can I email him and then block him (then he can’t respond) or will that let him think he has a door open (even if I block him after)?”

NML says: I love how these guys turn their crap around!

Let’s reverse back a little.

You cut contact with him and this guy persists in trying to make contact. You even told him not to come to your house so it seems that you were very clear about which way the land lies.

He then creates a Facebook profile and emails you with what can only be described as a pathetic teaser message.

He was dangling the carrot to get you to instigate contact.

You, rightly, don’t respond. But five hours later, this fool, clearly feeling a bit flummoxed by your lack of jump when he says how high, sends a snotty email about how he’d lost your email and blah, blah, blah.

Now, you don’t understand why he got angry and you don’t want him to be angry or to hate you. And to add insult to injury, you feel guilty!

Now I don’t know if you’ve emailed him in the time since you emailed me, but I pray you haven’t because this is an example of a Mr Unavailable throwing all of his toys out of the pram and manipulating you back into the corner that he prefers you to be in.

Mr Unavailables do not like when we don’t play by their rules.

This big, overgrown baby, is upset and venting his frustration because he is not in control. You are, and that doesn’t work for him.

If you were not going to respond to this last email, what does it matter how he has responded and why do you care how annoyed he is or how much he may hate you?

Whether he sent that email 5 hours later or 5 days, it all comes back to the same net result, so why lose sleep over his pathetic behaviour? This guy is disconnected from himself – to assume that he even spends a fraction of the energy that you do thinking about what you’re doing is to assume too much. The dillusioned fool may be feeling annoyed today, but it’s amazing how it won’t stop him from trying to make contact in some other way soon when he thinks that you have let your guard down enough.

These guys have serious memory problems because they have no recollection of their poor behaviour!

Why do you care what he thinks? Shouldn’t you be more worried about what YOU think? Don’t you feel angry with him?

I don’t want you to hate the guy but at least see him in a real enough light to recognise that he is a waste of space that will suck the life and self-esteem out of you if you let him.

He is playing games. Nothing more, nothing less. If you ever gave him the time of day again, he’d suck you right back in, spit you right back out, and start blowing hot and cold again.

Forget him, focus on maintaining No Contact and if you haven’t emailed him, don’t, and if you have, chalk it up to experience, block him, and if he somehow manages to email you via Facebook or something, block him. In fact, drop him like a hot potato from Facebook or at the very least give him limited access.

And yes, a door opened with No Contact, is a door opened, no matter what your intention. If you’ve already opened it, he may perceive it as ajar, but that’s just a perception and he’ll discover next time he wants to test the door, that it is very firmly shut.

Stop Explaining. Stop Justifying. Stop Talking. Boundaries Are Upheld With Action
Why You Shouldn't Confront Your Ex
Don't Let Empathising With Circumstance Turn You Into An Emotional Airbag