That Nagging Voice: The Danger of Internal Negative Messaging 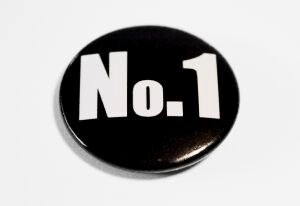 A while back I was talking with a reader on a consultation and I mentioned that I had written a post about our internal messaging. She said she’d read every post and never seen this and I realised that she was right, so I have published it here and updated it.

People who have bad love habits often have a nagging voice in the back of their mind that they choose to ignore. Call it Good Cop/Bad Cop, Good Angel/Bad Angel or the Voice of Reason, Insecurity or just your gut – whatever guise this voice takes, you’re not listening to it.

Just like when we choose to ignore the obvious signs that our relationship is crashing and burning, tuning out this frequency of information buys you more time to live the dream and expend more futile energy.

If it’s your gut talking, it’s likely to be logic. Trust me, we know when things aren’t right. We feel it in the pit of our stomachs, we’re not anywhere near as happy as we pretend to be and there’s this bloody voice chiming in sarcastic comments or harsh realities. This was a bit like when I bade farewell to the Mr Unavailable that eventually gave me my epiphany moment and triggered my understanding of emotional unavailability. After a night spent together he smiled and said ‘I’ll speak to you in the week’. ‘OK’ I said, but in my mind, what I actually said was ‘No you f*cking won’t – I’ll be lucky if I hear from you in the next two weeks!‘

The trouble with gut voices is they deliver messages that we may not be ready to listen to because paying attention not only means acknowledging some harsh realities, but it also means that we will have to do something with the information. We may be uncomfortable with how things are, but we convince ourselves that this discomfort is less than it would be if we changed things.

On the flipside though, if we have bad love habits, even when you’re having good times, the voice that can often speak up is the voice of insecurity. If you’re used to receiving crumbs and somebody is offering you a full meal at the table of love, dessert and all, it can be pretty scary for the uninitiated. It’s the whole ‘What’s the frickin’ catch here?

Trouble is, if we are carrying around a lot of internal messaging and have a history of poor relationships, the likelihood is that you’re not even getting a chance to sabotage what’s good because you’re more likely listening to a voice that reminds you of why you should stay even if things are crap – I won’t find someone like him again/Most women would kill to have him or If only I was X,Y, Z or I didn’t do A,B, or C, things would be so much better.

That voice also convinces you that you should wait around and hope for change or just stick it out until things become too unbearable to take anymore.

The catch is that we actually need to know which voice to listen to.We also need to be a little firmer with ourselves and learn to distinguish between both voices so that we can better empower ourselves to have healthier relationships with ourselves and men.

My gut voice chimes in after the insecurity one casts a few doubts and says ‘Listen here missy, get a frigging grip! Don’t judge a guy on the chumps you’ve been with before. Got it?’

How to change this?

Listen to the voices and assimilate which one is actually giving you the right information. Part of this goes back to understanding your internal and external fears, which will help you better judge the situation – internal fears is the messaging. If you have this messaging irrespective of whether anything is actually happening to trigger it, this is insecurity. In fact, if when you break down your thought patterns and what the voice is saying, you discover that fear is at the core of it, you can rest assured that it is the voice of insecurity, or in essence, the voice of fear.

External fear is when something is actually happening around you that triggers the fear, so for instance, he behaves like a dipstick and withdraws his attention/affections which then triggers your internal fear and sets off the voice. If you let the voice run riot and don’t do anything with the information, it stays as the voice of insecurity, but if you actually do something with it, it becomes you using your gut to make a judgement.

The gut has the potential to guide you – pay attention to how you really feel, how you’re really acting and keep both feet very firmly in reality.

If you’ve been shutting out a voice regularly, listen to it and examine the information. If the voice is telling you that he’s an asshole because he did XYZ but you keep kicking it to the kerb and rationalising it, start listening. If the voice is telling you that you’re not that great a person and surely he’s gonna find a flaw in you and run off and be with someone else, kick that one to the kerb and make a conscious effort to find personal happiness and be secure with yourself.

One of the things that I regularly advise people to do when they spend their time listening to the broken record that is their nagging voice is to intercept it. Instead of sitting there listening to it, halt the record when it starts, replace it with a positive thought, or better still, if you can’t find something positive to replace it with (you’d better get working on that), challenge what the voice just said. Some people also find that shutting off the voice before it takes hold, either by forcing themselves to ignore it or distracting themselves by busying themselves with something else, can also be effective.

That nagging voice is there for a reason and either way you need to do something about it because only then can you shed the desire for Mr Unavailables and assclowns and find real love with the type of man you truly deserve. As we choose men that reflect the negative things we believe about ourselves, love, and relationships, it is unsurprising that just like positive woman equals positive relationship, negative woman equals negative relationship.

This isn’t about being optimistic about poor relationships – it’s about being positive about you and being real because much of what is tied in negative internal messaging isn’t real, much like the illusion of the man you think you love.

I’ve found that a voice of reason is there to balance things out and remind me of where I’ve been, where I am, and where I’m headed for – it can be there for you too if you start listening to and trusting the real you.

Self-esteem in a nutshell - When you believe you're not good enough to drive your own life
Relationship Advice: What if he's just not that into me instead of being Mr Unavailable?
Advice Wednesday #7: My Ex Became More Controlling When I stopped Earning. Is Financial Equity Criti...