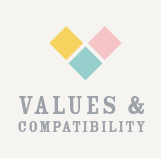 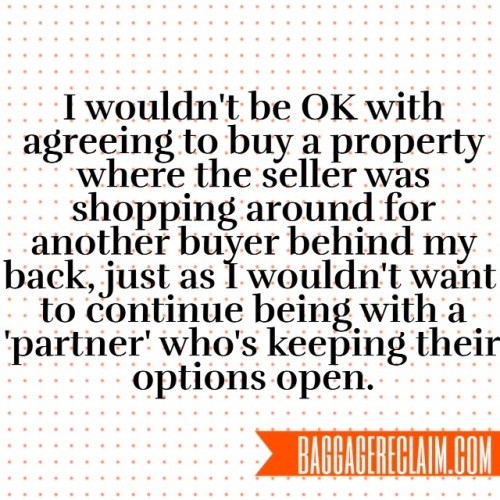 Recently we experienced a lesson on the importance of honouring your values. Like many, I’ve been guilty in the past of sidestepping my values because at the time it seemed as if the situation ‘warranted’ it and that the gamble and squashing down inner concerns or even morals would be worth the perceived reward. I invariably ended up busting my boundaries and empty-handed.

Some of you may recall that we’ve decided that it’s time to move. We went under offer within three weeks and found ourselves having to choose between two bidders. Bidder #1 had been super keen but then bid significantly under the asking price and only decided to step up when Bidder #2 came along with an immediate solid offer, and although #1 equaled the eventual agreed price, we went with #2. The following morning while waiting on tenterhooks to hear if our offer had been accepted on a dream house, we were greeted with the news that #1 had made another bid that exceeded our accepted offer by ten thousand. A day earlier, we’d have been doing a jig but we’d agreed the price. It’s not that we can afford to decline that money but we would detest for what we were being asked to do to happen to us. We gave our word and in the UK, doing this after accepting an offer is known as ‘gazumping’.

We felt for Bidder #1 because we recognise that buying a property is difficult and that there can be an element of playing the game and trying to drive a hard bargain but unfortunately it meant that we didn’t have a great deal of confidence and it’s highly likely when a bidder does this that somewhere along the line, they’ll attempt to claw something back.

It’s not too dissimilar in dating and relationships where you get somebody who wasn’t taking you seriously before and wouldn’t commit or was treating you in a less than manner, suddenly making grand gestures and big promises as soon as you end things and move on. Watch out for the backtracking over the coming weeks and months. In some cases, it happens within hours or days!

In the meantime our offer was accepted and the seller’s agent claimed to share our sentiments on what we’d experienced with Bidder #1. Twenty-four hours later, our seller gazumped us. We were gutted over the disappointment but it didn’t negate our original decision – that would have been to decide that our decision was wrong because we’d been done over, when in reality, the two things had nothing to do with one another. We had to make the decision based on our values not on a gamble on either party’s behaviour. That money will show up at some other point or in another form in our lives and ultimately, we can’t miss what we never had.

We’re thankful that our situation unfolded early in the process – it would be oh so easy to focus on the outcome or act like this is the only house that we could ever have bought when it’s not.

I’ve watched a number of friends and many readers being gazumped both in property (gazumping is rife in the UK) and love and it’s important when we’re faced with making a decision to let down one party over another in this way, to ask the question: If they could always have committed / acted decently before, why didn’t they show up seriously before?

Some are also sore losers and some don’t believe they could lose you until they do. While it can be an issue but a price boost with property, it can be very problematic with relationships if the anxiety of ‘losing’ and not being in control is mistaken for desire, because if that person doesn’t have the commitment to follow through on what they said and agreed to even if they’re no longer in that anxious state because they now ‘have you’, you’re likely to end up empty-handed. These people chase and you can find yourself doing things by their values. I’ve heard too many tales of people who have left numerous partners and even marriages for one particular boomeranging ex only to be left empty-handed. It’s devastating, especially if at the time, there was an element of green lighting code red and amber issues in pursuit of a fairy tale happy ending.

It can be hard in these situations because you can imagine what you could do with the money or you can imagine a future with the person in question, and while we can feel confident to a degree that we could find another buyer for a property if we agreed to gazump and it didn’t work out or we stuck with the original buyer and that didn’t work out either, when we’re faced with the decision to ‘go back’ to an ex or even to pursue what appears to be a better offer with somebody else, that can seem to be a scary gamble that we may worry about regretting. What if my ex has changed and somebody else gets the benefit? or What if this person who I don’t really know yet is The One and better than who I’m with now? What if this option doesn’t work out?

We forget to truly evaluate whether the decision we’re faced with reflects our values which encompasses our needs, expectations, wishes, and of course our beliefs on what feels good and right for us. I wouldn’t want to agree to buy a property knowing that the person was shopping around behind my back no more than I would want to continue being with a ‘partner’ who was keeping a foot out of the relationship and keeping their options and eyes open for someone else ‘just in case’.

If you’ve already decided to be done with the ex (and are supporting your reasons) or you’re not looking around for other options from a current partner, then a counter offer isn’t going to sway you because you’re committed to the existing decision. You value loyalty and trustworthiness.

Relationships do require us to be vulnerable and we do have to make choices that don’t come with guarantees. We can go back to the ex but it still might not work out or we can remain with a current partner or move on to someone new further down the line, but that might not work out either so in the end, we have to make the decision that best reflects who we are – our values – because regardless of how things play out, at least we can be sure that we made the best decision we could at the time. Some people operate with an all’s fair in love, war, and money attitude, but I hear from enough people in pain over affairs and doing people over to know that this stuff can bite, maybe not today, maybe not tomorrow or soon, but eventually.

When you follow your values and make tricky decisions even if they’re a pain in the bum initially, at least you don’t have to deal with the regret that comes with having not listened to you or feeling that you weren’t rewarded for having compromised you.

PS We’re going ahead and selling our house and are going to rent for a few months until we find our next home.

From The Other Woman to Happiness
Mindfulness In Relationships: Reduce The Worrying & Fantasising By Getting Back Into The Present
Life Lessons: The Danger of Making Assumptions About People and Relationships