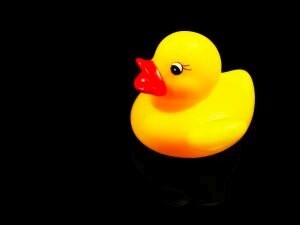 A few days ago someone asked me, how am I supposed to trust him again?

I’ve come across many people who profess to love someone and are super keen to stay in the relationship but they can’t trust that person. The trouble is that trust is fundamental to every relationship and when everything is derived from the distrust, even if you don’t realise this, you will both create your dynamic around the distrust and behave accordingly.

I have people say to me:

I’ve had so many sh*tty things happen to me so of course I don’t trust guys. {If you don’t trust, what are you doing dating?}

I don’t trust myself to make the right decisions. {If you can’t trust you, who the hell can you trust and how do you know if what you’re doing is right or wrong for you? Who are you waiting for to tell you?]

I trust them and then they screw it up. {This is why you have to choose better partners because relationship insanity is choosing the same type of people and expecting different results}

Surely they just need to see that someone believes in them and they’ll start being capable of being trusted. {You’re not picking up a stray dog and giving it a home! You can believe all you want but if there is no foundation and the person isn’t on board with the relationship, your belief is misplaced.]

Trust is about having faith in other people’s actions.

Trust in relationships isn’t just about having faith in their actions, but also in yours. If you don’t feel like you can use your gut, judgement and instincts, you won’t trust yourself, so you’ll place the responsibility for what does and doesn’t happen on the other person and resist making a judgement and taking action.

If you carry distrust with you into relationships, you’re assuming that if the person is halfway decent they’ll earn your trust.

However, lack of trust has negative beliefs attached to it, so you’re likely to attract people that reflect those beliefs rather than challenge them. Even if you do meet someone half decent, you won’t trust yourself or them and kill the relationship with distrust.

Yep…that ‘ole self-fulfilling prophecy. Lack of trust tends to beget untrustworthiness. That, or the other person feels that they can’t trust you or that their efforts will be better received elsewhere.

I’ll be real; it’s really bloody exhausting to be around someone who is distrustful especially when it’s going on in their head and tied to previous events and people. At first, you’ll be sympathetic and do everything to ease their concerns and show how different you are, but after a while it starts to grate because you can’t actually get on with enjoying the relationship and at least be judged on your own merit. At some point it’s like, enough already! I know because I’ve been the distrusting person and been around the person that never trusts.

You can’t really let go and enjoy yourself when you’re wondering when the next eff up is going to happen or when they’re going to show their real selves.

For the person on the receiving end, you’re not even seeing them – you’re seeing your fears.

Sometimes you’ll be right to be cautious but sometimes you’re making their life difficult because of previous experiences that you haven’t resolved and made peace with.

While we all have baggage, it’s best to go into relationships either with hand baggage, or your 30kg worth that’s on its way to shrinking.

The idea is that in being in a relationship with good foundations and love, trust, care and respect, some of your load shrinks to reflect a you that’s made peace with these issues.

The reality is that you need to have faith in yourself, faith in love and relationships, and the ability to distinguish between healthy situations and negative ones. You’ll generally know that something isn’t right for you because you don’t feel good.

At the end of the day, the fact that you get trapped in your feelings, indecision, and inaction feeds into the distrust you feel.

I am often asked by readers I correspond with/coach, “How do I learn to trust myself?”

By making decisions and standing by them and of course, by having boundaries.

If you have boundaries and you make a decision based on the fact that your boundaries are being crossed and disrespected, you know that the decision you made is right because their behaviour is unacceptable for the relationship.

Instead of flip flapping and being reactive to every thought and feeling that passes through you, be considered and think about things in the wider context.

Yes you may feel lonely/horny/missing him and yada, yada, yada, but then you can counterbalance it by getting real.

Yes, I do feel lonely but I’ve been so focused on him that I’ve forgotten what I need to do enjoy my own space and life. I was lonely with him anyway and I don’t like feeling that way.

I do miss him but actually, I’m not sure what I miss because the reality of him is not that great. I miss what I thought we were and what I thought we could be, but I couldn’t and cannot stomach who we actually were.

The reality is that you need to go into relationships with a reasonable level of trust and either increase or roll back accordingly.

When we run around after Mr Unavailables and assclowns, the trap is that we don’t adjust our relationship TV sets to the reality frequency.

We either go in full of distrust, have that distrust proved, but keep trying to fit a square peg in a round hole and project our love on them and miraculously expect them to change – I love you anyway so you should not only love me too but automatically change your behaviour.

If you keep it real, you can trust, even when it means you have to make uncomfortable decisions.

Not making a decision means that you will be uncomfortable living off the illusion that somehow or other, the other person will do whatever is needed.

One reader said to me recently, “Natalie, at first when I told guys to go away because they couldn’t give me what I want, it hurt! But a few months on, I am so much more confident because every single last one of these guys, from the ones that approached me online to the ones I met at functions, turned out to be exactly the type of guy I need to stay away from. In the past, I’d have been involved with these men and losing my mind! Suddenly, I feel confident that even though I haven’t met anyone, in time I will and actually, I prefer being on my own than being in a world of pain with an assclown.”

Make decisions and trust yourself and confidence will follow. You won’t be waxing lyrical wondering what happened to the separated guy online that you had to say no to because he was dating several women while also trying to go back to his wife. You either won’t be thinking about him, or if you do, you’ll realise what a lucky escape you made.

Repeats of painful situations invite us to learn what we didn't before
They're Just Not THAT Special and Why Putting People On Pedestals Makes Them Think They Can Do Bette...
Famous Mr Unavailables and Fallback Girls: Sienna Miller
Share this...