Advice Wednesday: What do I do now that I’ve fallen off the No Contact wagon? 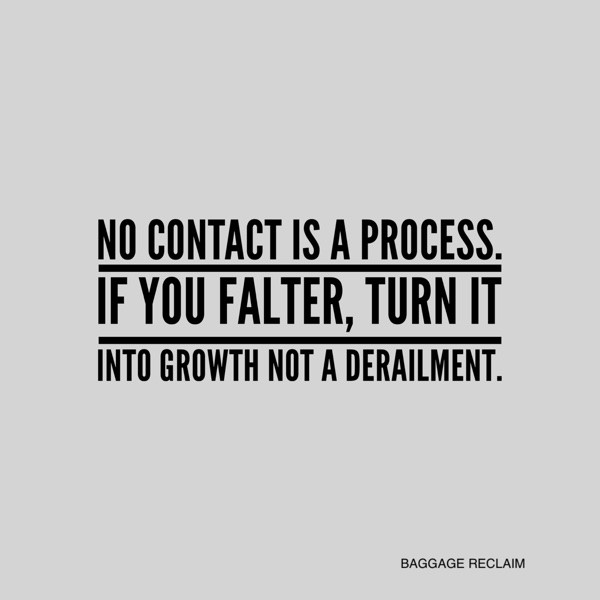 I empathise with anyone who has to go through No Contact because even when you know it’s the right and necessary course of action for your self-preservation, worrying about what they or others think and the likes of alcohol or a vulnerable moment brought on by another stress, can have you falling off the wagon and feeling as if what you’ve accomplished so far is a “waste”.

It can be particularly difficult to keep your distance when you work with the person or they’re connected to your social circle because you become confused about what ‘polite’ entails, especially because you can’t just switch off and escape them. I worked on the same bank of desks as my ex plus we were in the same social circle and sometimes fear of making things awkward for others caused me to make things incredibly painful for me. It just wasn’t worth it plus our social group really didn’t care that much.

In today’s Advice Wednesday, Sage is studying at the same small university as her ex and after successfully extricating herself from the relationship and maintaining No Contact, she’s fallen off the wagon at the birthday of a mutual friend and then proceeded to tell her ex all about himself and how she just wants to pretend as if it didn’t happen.

I always say that you can make a fall off the No Contact wagon as big or as small as you want it to be. Basically, don’t let it derail you and don’t write off your efforts up until that point. They’re not a waste–they’re something that you can build upon as long as you reflect and take responsibility for how you want to feel going forward, rather than seeing the problem primarily as being about the other party. That’s not to say that your ex might not be all of the things that you think but telling them about themselves without setting a boundary for you means that you would give away your power to evolve out of the situation. 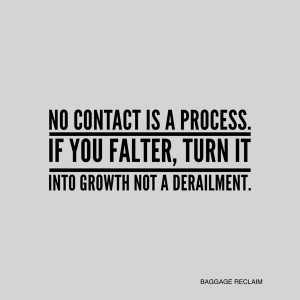 The event in itself helps you understand what made you vulnerable to engaging with your ex and that self-knowledge can be turned into a powerful piece of insight that means that you won’t be vulnerable in the same way in future. You will be able to take command of you.

Have you struggled with No Contact or felt at a loss due to falling off the wagon? How did you evolve out of the situation? What would you do in this situation?

Betting On Potential - Are You Gambling On a Relationship Capacity That Doesn't Exist?
12 Core Boundaries To Live By in Life, Dating, & Relationships
The Transition Phase: From Chasing a Relationship With Unlikely Sources To Dating Decent People and ...