Advice: Where did I go wrong in my secret relationship with a woman that still lives with her ex? 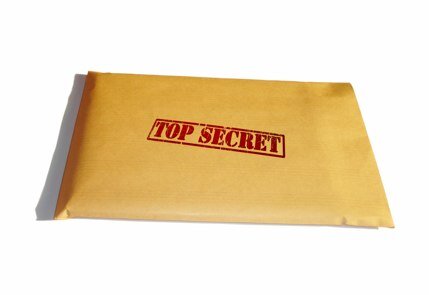 Kieron asks: I’ve had a weird relationship with a woman 10 years my senior who was still living under her ex’s roof at the time of meeting me (and since we got married in June ’10 still is as she went back to him since she didn’t know where our relationship is going).

At first we went out a few times while living under their roof. Then when I got my own place a month later we made several plans on different days to meet up and every time at the last minute she’d bail out blaming it on her ex saying he was controlling etc. ?

Now with me having made several mistakes involving other women over the three years we’ve been together but living apart – the first affair only 4 weeks after we got engaged which is only 2 weeks after I met her – we have now split up. I’m wondering why I slept with other women after she said she couldn’t see me and what I can do in the future to stop myself repeating the same mistakes.

I’m guessing maybe I felt I couldn’t trust her after she bailed out on me so many times or we went into things too quickly without assessing the situation fully…who knows, she wouldn’t tell her ex anything for fear of losing her son to him or tell anyone in her family anything either from the start…please help if you can, I don’t want her back, I’d just like to know what caused me to stuff up in the first place.

Kieron, you’re basically asking: Where did I go wrong in my secret relationship with a woman that still lives with her ex? Just reading that question back to yourself should tell you a lot.

This relationship is so bonkers that in 0 to 6 weeks you managed to get engaged and cheat on her – not only did you have a very premature engagement but your motives for getting engaged were clearly a bit dodge. I’m going to hazard a guess that on meeting her and discovering that she lived with her ex still, and her probably being a little elusive, this made her all the more desirable and you thought you’d remedy the situation and bring it under control by proposing. Maybe you thought she’d move in or tell her ex about you or that it would prove you were a stable alternative? Who knows but it didn’t pan out and it seems she remained just as elusive.

You “stuffed up” because your heart and feet were never in this rather strange relationship. In fact, neither of you were in this. You got engaged for the wrong reasons and too quickly plus you cheated just four weeks in and obviously it was more than once.

You don’t know what commitment or a relationship means and you were never likely to find out in this relationship.

This isn’t so much about the fact that she bailed on you so many times (that’s not even the starts of a justification for sticking it elsewhere) or that you went too quickly without assessing the situation ‘fully’; you were not a man of your word, you were involved with someone who clearly was still involved at the very least on an emotional level with her ex making your own relationship void, and you either didn’t assess the situation at all, or you believed that getting engaged might make her feel more secure about you, less elusive, and maybe she’d even leave the ex properly and come and be with you.

Fact is, who would feel secure about somebody that proposed after 2 weeks when it was blatantly obvious that it was too soon and that she was in a weird situation?

Yes I know she accepted the proposal, but it was clearly lacking in as much meaning and intent as your words were.

Something about this woman and her relationship situation appealed to you and it’s the fact that anything you had with her couldn’t be a ‘real’ relationship so you didn’t end up committing or really even risking yourself. Some people make a noise of committing when they know that actual commitment is unlikely.

This is a bit like when someone has eluded commitment and then when the person is on their deathbed confesses undying love and claims how they’re so ready now to commit – they know it’s not going to happen so it’s safe to say the words.

You cheated because not only is it your way of not dealing with issues, but because you felt rejected and out of control of the situation. Cheating is a very passive aggressive act of rebellion and it no doubt made you feel better again and you continued to cheat so that you could feel in control and less rejected even though you still didn’t actually ever have any real control in the actual relationship with her.

The fact is, without trust there is no relationship and it doesn’t appear that at any point you sought to address the trust issue, which isn’t going to bode well for any relationship.

Your relationship was a secret which is a serious ‘code red’. It’s very difficult to avoid feeling invalid and invisible – sleeping around gave you some short-lived validation. The fact is that it was impossible for your relationship to survive. You weren’t a part of her life, she wasn’t a part of yours, and she was afraid of losing her son so she was never going to be with you – there was never going to be a right time to tell her family or her ex and I doubt she ever intended to.

I also suspect that you felt you could legitimise your cheating because your relationship wasn’t out in the open.

Your relationship was very ambiguous – how someone can leave a marriage because she doesn’t know where it’s going is beyond me. Surely by the definition of being married, the direction is a given? Your marriage lacked intent much in the way the proposal and the entire relationship did and I’m guessing neither yours or her behaviour changed. To be honest, I’m not convinced she ever left her ex or that he’s actually an ‘ex’.

I should add though that you didn’t ’cause’ her unavailability – you didn’t create the problems or her situation as it all existed before you met her and still does after you broke up. I don’t know how the hell you two even managed to get married under these circumstances (I assume one last ditch effort to ‘get’ her) but it wasn’t a marriage with any integrity and actually.

If you don’t want to repeat the same mistakes:

Never get involved with someone who is attached or is still involved in a dysfunctional way with their ex – it is unhealthy, it will fail. Still living with an ex equals no room in the inn for you especially as if they were genuine about the relationship, they’d rectify the living situation pronto.

Don’t use proposals as a way to try and get someone or a situation under your control and only propose marriage when you know someone properly, have established that you have shared values, and that you’re actually both in the same relationship. While it’s flattering to be proposed to after 2 weeks, it’s also weird, and even more so insincere. Equally, don’t use getting married to solve a problem – like babies, it won’t. You need a healthy, committed, stable, relationship with mutual love, care, trust, and respect for marriage, or a proposal for that matter.

Stop trying to solve your problems by shagging around. Either seek to resolve the issues or end the relationship. I feel for you, this situation was damn weird (you both contributed to that), but cheating is an act of disrespect and the reality is that if this is how you conduct yourself, she had no reason to trust you and feel that her and her child could be ‘safe’ with you. When someone is unavailable or they cancel a plan, don’t take ‘revenge’ by shagging someone else. You need to grow up because if you don’t want to stuff up next time, you need to be a hell of a lot mature about your relationships.

Address your availability issues. If you were genuinely emotionally available, you wouldn’t have peed on this relationship if it were on fire. Harsh, but true. Work out of how you feel about you and relationships. Do you actually want to be in a committed relationship? Do you know what that involves? Are you prepared to put boundaries in place? Address where your beliefs and feelings about relationships come from, whether it’s how you were emotionally schooled by your parents, you had a bad breakup that you didn’t recover from, or you had some other type of emotionally traumatic experience. In this relationship, you were avoiding a real relationship. If you don’t think you can work this out on your own, I would highly recommend that you spend some time speaking with a counsellor or therapist so you can make sense of your beliefs about relationships.

Know when to fold. You’d only known the woman a wet week when she started flip flapping around and throwing out red flags like there was no tomorrow. That’s your abort mission signal right there…not an indication of a proposal. Even after you were engaged, you had umpteen opportunities to fold – this relationship clearly wasn’t working.

Don’t sell yourself short. You deserve more than crumbs of attention and being kept on the peripheries like a dirty little secret.

Guest Post: Emotionally Unavailable Men - Understanding the girl after you
What is love and a good relationship?
Chasing Crumbs & Perfection: In Pursuit of The Fantasy