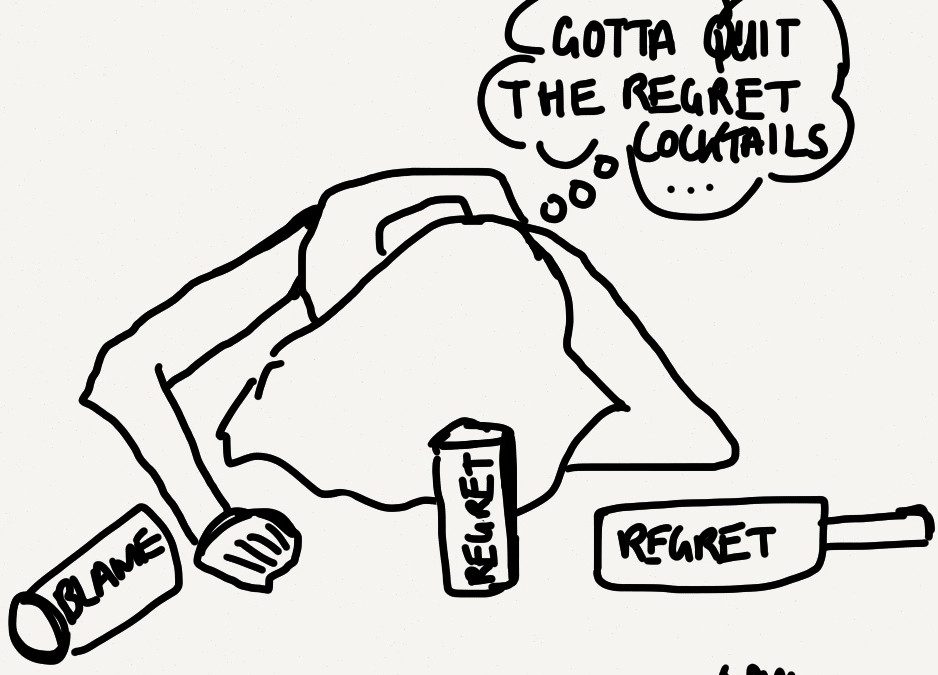 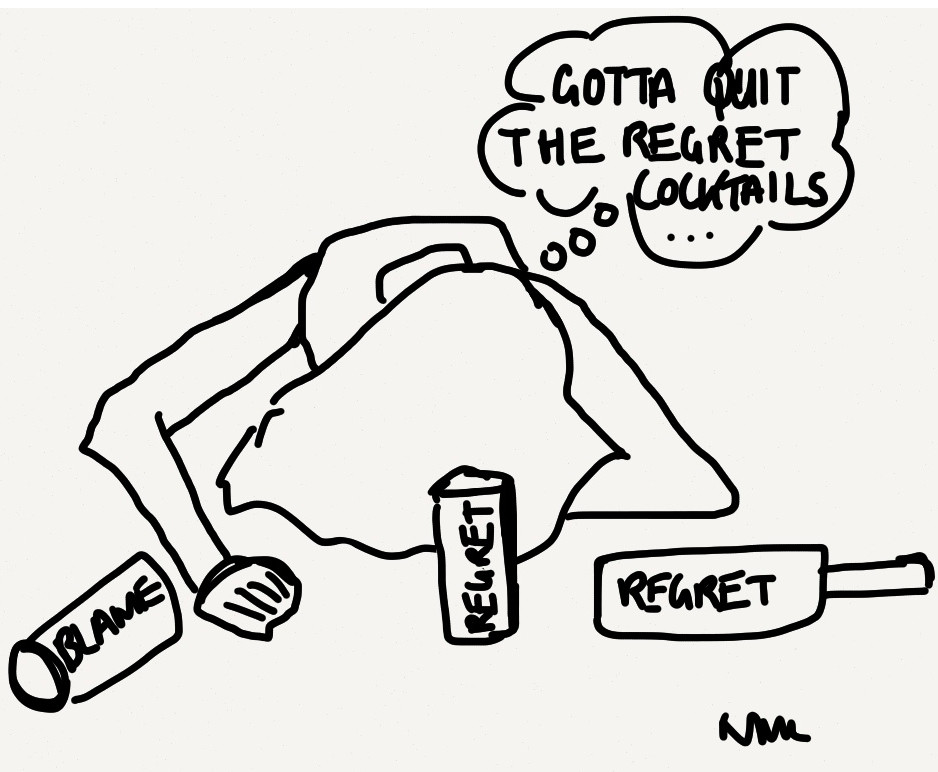 We tend to reflect more at this time of year because we look back over the year and compare it with the previous one, remember highlights and low points of each year, and think about the year ahead. If we made certain resolutions or plans but then got caught up in habits, living in the past, betting on potential, and essentially getting sidetracked, we can suddenly feel aware of where we’ve gone ‘off message’ and even lost ourselves along the way. We may be annoyed that when we look back, how we see things and what we do now hasn’t changed that much.

We wish that we’d done things differently and may feel even more frustrated that we we wished that we’d done things differently last year too but then got caught up in the insanity of pursuing a line of thinking and behaviour in spite of compelling reasons and previous outcomes that would suggest we let it go. We forget that this recognition is an opportunity to gain awareness on the contributing factors and pitfalls that distracted us so that we can draw some conclusions and resolve to do differently based on knowledge we’ve gained after another year in the field.

It’s at this time of year that we can feel regretful and wish that we could turn back time so that we could have the same conditions but act differently, or act differently to alter the conditions (because we think that how we act is the key to influencing everything including the uncontrollable). Either way, we want a different outcome and if we get stuck on this thinking and spend too much time living in the past, we end up with a Regret Hangover or even extending an already existing Regret Hangover by going on a Regret Binge.

We compare and don’t realise that we’re being highly self-critical as well as making judgements out of assumptions. We compare against people who have their own regrets about things that we can’t even begin to know the half of. We ruminate on the past, rake over what we believe are our mistakes and where we think that we could have influenced and controlled the uncontrollable ‘if only’ we’d done X,Y,Z. We berate ourselves, possibly engage in name-calling and may get so fired up with anger and the imagined scenarios that we decide to do something while we’re on this binge that may leave us not only feeling even more regret when we wake up, but may induce embarrassment or even humiliation, which can push us even further into the spiral. We may feel stuck and doomed, or may decide that we’ve started so we may as well continue because it’s better than admitting another ‘mistake’, even though that admission and finally learning from it would actually be a success.

Some of our regret stems from guilt and a lot of the time, this is misplaced, so we’re actually burning up our valuable resources feeling bad about a wrongdoing that’s not what we assume and imagine it to be. We often feel guilty about things that were outside of our control or feel guilty for being a different person and wanting different things, so we regret that we didn’t share the same values as a person or that our boundaries were what they were, so we’re essentially feeling guilty and regretful that we are who we are, which just ends up being a source of unnecessary shame.

Regret, like worry, is something that will ‘eat’ whatever you feed it and has no sense of when it’s full or even when it’s being given the wrong ‘food’ (read: information). The more regret you have the less perspective you have, simply because too much regret means too little recognition of what you have done, what you have been, and ultimately what you can be and do going forwards. We hang on to regret while forgetting that to do so means letting go of and turning away from the future.

You were here this year. It wasn’t a perfect year (and there isn’t going to be one) but you were here and whatever you regret isn’t the sum total of who you are nor is it a statement of your future, because unless you’re truly going to stick with the same or similar thinking and behaviour, what you learn now can be applied going forwards. Even if certain hopes and expectations weren’t met, what type of progress did you make a long the way? Do these regrets warrant you writing off every day, week, and month in the year? Does it warrant you writing off all previous years?

I have some regrets from this year that sure, if I had my time over, I’d do things differently but instead, they’re a lesson, simply because I don’t get to ‘reshoot’. Some were a little expensive and some hurt a bit. I was saying to somebody that nearly 18 months after we got married and it’s tumbleweeds with my father, and it could be easy to regret that I let him walk me down the aisle with my stepfather, as if to suggest that if I’d known how it would all unfold that I would have done differently. I didn’t know how it would unfold and I did the best that I could at the time. The hurt has faded over time and I’m well past the grief hump that I had last year. If anything, the experience grew me up and it drew a line under a saga that had played out for thirty-five years.

This is a ‘one take’ experience so if I want things to play out differently, I’ve got to do it now and moving forward. I can harp on about the recording not having a rewind and rewrite function or keep playing scenes over in my mind or even trying to recreate them so I can right the wrongs of the past, but all that’s doing is adding more scenes to the tape that I’m likely to feel regretful about.

Be careful of Regret Binging and the attendant Regret Hangover. Letting go is a decision and each time you give more weight to regret, you’re saying, I’m not done. Feelings can and will pop up – it’s what they do – so you can feel regretful but you don’t have to chase the feeling and feed it. You can remind it why you’re done and remind you of what you’ve learned. Be kind to you. You’re only human.

"I thought we were soulmates"
How I self-soothed my way out of a comparison binge
Did I scare away a Good Man? Did I push him away?